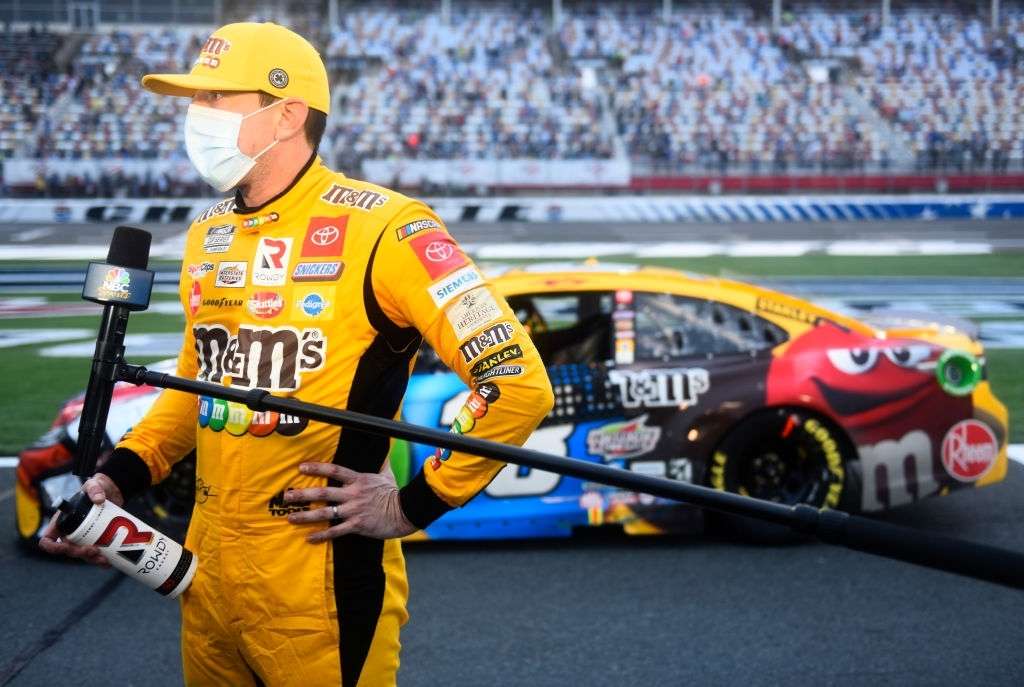 Kyle Busch is already out of the NASCAR playoff, but can he win at least one race in NASCAR 2020? Only 3 more races left for this NASCAR season.

Unfortunately, Busch failed to win a single race for the first time in his racing career.

Although three more races are left, he still has a slight chance. If he cannot win any of these three races, Busch may gain an unwanted record that no one has done after 1981, which is ending the cupless season after winning all the years.

Kyle Busch started his NASCAR cup series in 2004 but started winning from 2005. Since then, he won at least one cup every year.

But, this year, he will not be able to get a chance in the Championship 4 and already eliminated before reaching to the round of 8.

Busch was the champion of last year’s NASCAR Cup Series, and he came to the 2020 season with a great hope to defend his title. Before 2019, Busch had won the series in 2015. However, he was considered one of the favorites this year to win the title again and set a record by winning back to back NASCAR. But, at the end of the season, it seems he is waking in the opposite direction. Several drivers have back to back records, and Busch had a chance to join with them.

Currently, he is sitting at 9th position with 2220 points, while his brother Kurt Busch is ahead of him with 4009 points. So far, Busch has 17 top 10s and 6 top 5s, which doesn’t look bad. Besides, he was close to winning 5 times, which means he earned the second position a total of five times this year. Besides, he has earned a few 3rd and 4th places too.

What will happen if Kyle Busch failed to win a cup in 2020?

He will share an unwanted record with Dale Earnhardt, who won the first cup in 1980 and went winless in 1981. Earnhardt earned top 5 finishes 9 time and top 10 finishes 17 times, still could not win a single race, and finished the season at 7th place.

On the other hand, Busch is holding 9th place and no chances to go ahead as he has a big points difference with the 8th place holder Kurt Busch. Kyle Busch has everything to win at least one race. However, luck did not favor him. So it will be an unpleasant surprise for the Busch’s fans.

Busch doesn’t have a satisfactory track record at Texas for the NASCAR series. He won three times at Texas Motor Speedway in 2013, 2016, and 2018. However, he has a good record at Texas in other championships such as Xfinity Series and Gander RV & Outdoors Truck Series.

In 2019 Bush earned 7th place in the NASCAR cup series at Texas, while finished at 19 in 2017. He had 10 top 5s at Texas, and the rests of them are beyond the top 10s. So, from the statistics, we are not confident about his next race at Texas. But, you never know he can win if luck favors.

Although Busch finished at 5 in last week’s race at Kansas, if he can keep this pace, there is a huge possibility for him to win the next one.

We still hope for a win, but if he failed at Texas, we have to look for hope at Martinsville and Phoenix.