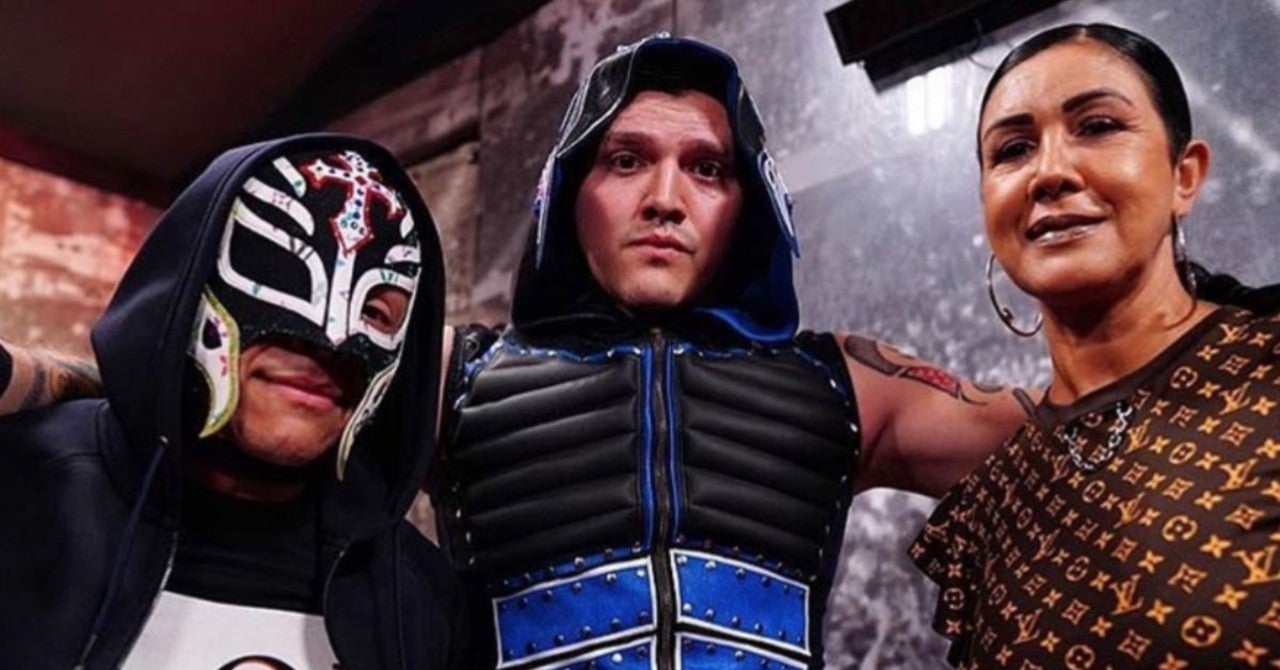 Following a successful WWE debut in the biggest party of the summer, Dominik Mysterio is over the moon with positive crowd reaction. In an interview with talkSPORT, Dominik opened up about his performance in SummerSlam.

Hey, so here's something cool…

Mysterio Jr had a great fight with Seth Rollins. He showcased his talents by pulling off a bunch of tough moves. One of which was the Frogsplash that reminded us of the late Eddie Guerrero. Despite the best efforts, Dominik could not emerge as the winner of the battle.

However, Dominik is totally satisfied with his debut performance. “It’s been crazy, it’s been surreal.  Having to come down from cloud nine after being in my debut match at SummerSlam to debuting at RAW with my dad the next day – it’s been a blessing,” Dominik said.

“Putting the match together, I couldn’t have picked a better person to help me with that than Seth and my dad,” the son of WWE’s ultimate underdog further added. “So I’m nothing but thankful to those guys for how they helped me and guided me through this crazy debut match at SummerSlam.”

Mysterio also talked about the backstage reactions. According to him, Vince McMahon was happy with his performance and gave him a hug afterwards. Dominik also thanked Vince for giving him this opportunity.

To be honest, Dominik was lucky to have a superstar of Seth’s calibre as his first-ever in-ring opponent. Seth made Mysterio’s every move look brutal and landed his moves with perfection. Dominik doesn’t forget to thank the Monday Night Massiah.

“He’s 1000 percent one of the best workers in the world. He said it himself, he’s a ‘master at his craft’ and he is,” Dominik said about Rollins. “I didn’t know that he got a list of names and he picked me, so that’s really cool, the fact he was able to trust in me and my work and what I could do.”

There was a possibility that fans might not like Dominik skipping the NXT part and entering directly into the main roster. However, with his top-notch performances on back-to-back nights, fans are excited to see more actions from the next of kin of the Mysterio family.

Tommaso Ciampa shows a violent side of himself on NXT comeback
WWE Payback 2020: Rey and Dominik to square off against Rollins and Murphy