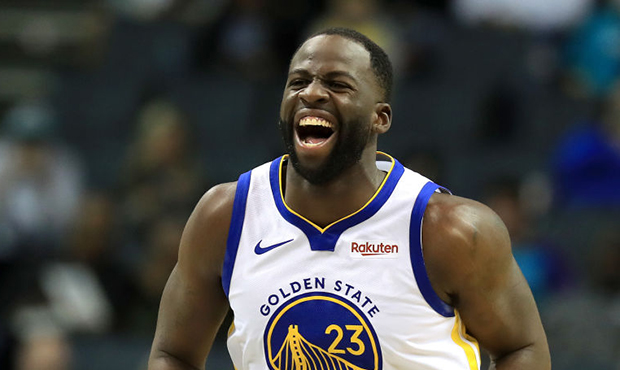 Draymond Green will no longer be playing on this NBA restart as his team Golden State Warriors got eliminated. But this fact did not stop him either from being the ‘Talk Of The Inside NBA’.

After being asked about the Phoenix’s success, the Warrior forward delivered a heated speech. He said, “It’s great to see Book playing well and Phoenix playing well, but get my man out of Phoenix. It’s not good for him. It’s not good for his career. Sorry, Chuck. But they gotta get Book out of Phoenix. I need my man somewhere he can play great basketball all the time and win because he’s that type of player.”

Not to mention, the Phoenix team is on a 4-0 win from the playoff-bound against Los Angeles Clippers and Dallas Mavericks. Green did not mention any specific team name for Book but he just wants him to leave the team that has not achieved any big success for quite a long time.

Later he revealed that he did not make this comment randomly rather it was the culmination of some same incident. Then he talked about Marquese Chriss who joined Warriors from the Suns faced the same situation. He said that it gets on the player always. No matter what the reason is. He just wants that Book does not have to face the same. He said, “No one ever blames the situation, though. It’s always the kid. No one ever blames these s—ty franchises. They always want to blame the kid. It’s not always the kid’s fault”

But unfortunately, the comments from Draymond Green may cause him a big fine from the NBA as in recent seasons, the league has reserved tampering charges for NBA executives as well as players.

Booker might not leave the team right now as it is rising like never before and he might pull out the best from the team with Deandre Ayton and Mikal Bridges this time. Fingers crossed!