Fernando Alonso, 41, is a two-time Formula One champion when he was with Renault back in the 2005 and 2006 seasons, but his 2007 partnership with Lewis Hamilton at McLaren raised a lot of controversy as of today.

Recently, a former member of that particular racing team exposed some bitter truths concerning the awkward and unethical behaviors of the Spanish racing driver who performed actions that might have influenced the whole dimension of that season.

How did Fernando Alonso get serious accusations from an ex-McLaren staff member?

According to Marc Priestley, a former McLaren technician, Fernando Alonso reportedly distributed brown envelopes stuffed with cash so the garage would choose him over Lewis Hamilton and even though Hamilton and Alonso were only teammates for a single season, they still found ways to annoy one another.

The idea had been that the eventual seven-time World Champion would take second place to Alonso given Sir Hamilton’s entry into the sport as a rookie and Alonso’s established position as a two-time World Champion, but that rapidly proved not to be the case and the young Brit’s debut season in the sport came to a head when Alonso purposely slowed down his teammate’s performance in qualifying at the Hungarian Grand Prix by stopping in the pits but now, it’s known that the dishonest strategies were used off the track as well. 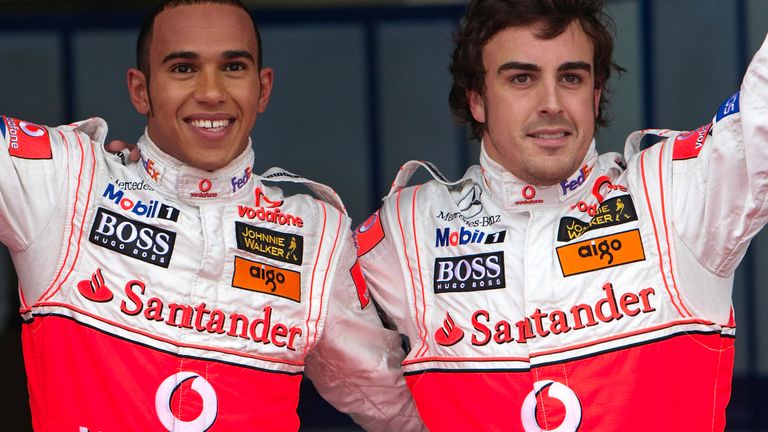 Marc Priestley, the former McLaren mechanic who is now a media professional, said that he had received a brown package containing €1,500 on the PitStop podcast and the 45-year-old added that one of Fernando’s strategies is to attempt to drag the entire crew over to his side of the garage. He makes an effort to get control.

Priestly also said, “There was a moment during 2007 when we had them both where Fernando turned up at a race and I arrived and Fernando’s manager or his trainer is handing out little brown envelopes stuffed with cash to everybody who wasn’t on Lewis’ car. So his team, the support team, I was running the t-car team, we all got these little brown envelopes and I remember opening up the envelope and there was like €1,500 or something.”

For a few moments, Marc was laughing along with his audience while remembering this particular event, but minutes later, his joy turned into agony when some random person asked him about the aftermath of that incident in 2007.

According to him, the crew uncovered the handouts and forced the beneficiaries to donate the money to charity, therefore the method was ineffective and only one season would pass between Hamilton and Alonso before the latter switched to Renault and after the two wrecked at Spa, Belgium, they appear to be getting along better and surprisingly, Alonso was even seen receiving a personalized Mercedes hat from Hamilton.