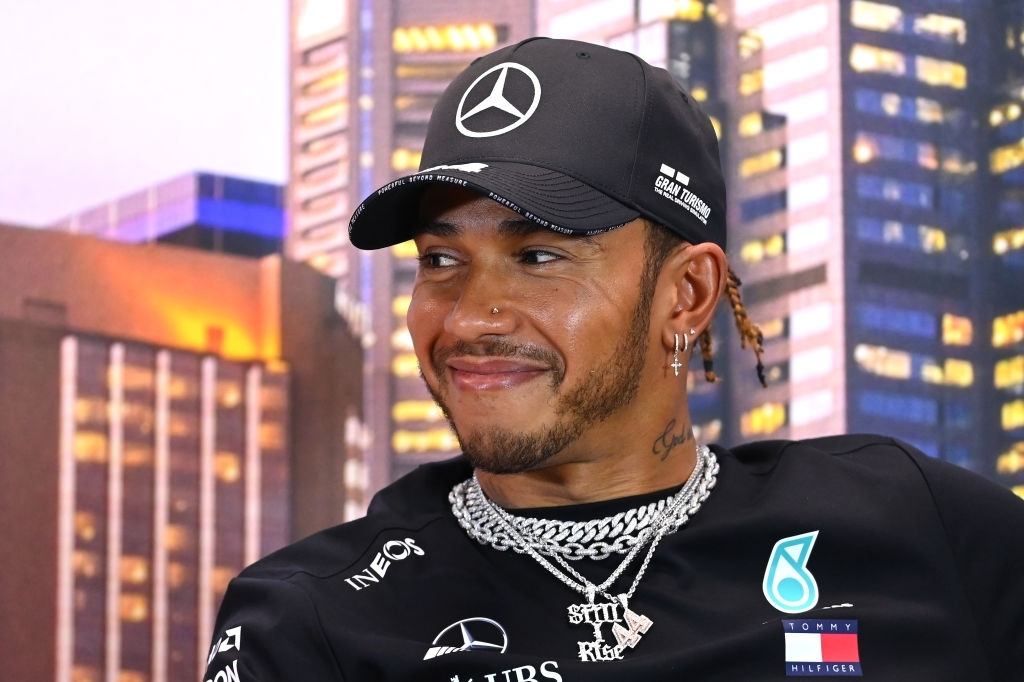 According to Hamilton, until the arrival of a decent time, the talks regarding the contracts and deals of Formula One team Mercedes should be kept at bay. Stating it “doesn’t feel like the right time” for holding discussions over contracts in the present period.

It was finalized on the 6th August 2020 that the contract with Valtteri Bottas will extend till the season end of 2021, hence the deal was signed and sealed. What remains in question is about the 35-year-old Brit driver; who still needs to seal the deal with Mercedes sooner rather than later, around the corner of the final season keeping the odds in favor.

The ‘Billion Dollar Man’ in a press conference that took at Silverstone on Thursday said there is no much new information and refurbished data about his updated contracts, his tenure in the team, and the near future. He also asked them to keep the hullabaloo about these matters at the far end since the present time is not healthy enough for such discussions, given the global pandemic situation that is everywhere in the air. Pinning, ‘Honestly, it doesn’t feel like the right time to sit…

He firmly conveyed, “When you think about so many people in the world that have lost their jobs, and people that are unemployed, to sit and negotiate a big contract, it doesn’t seem like the most important thing that I need to apply time to right this second. He continued, “ The fact is I do want to continue with the team, and it’s not a big effort for us to sit down and get it done. Just right now, I don’t feel comfortable with it, and so we’ll wait a little bit longer.”

The Brit racer has been the most active one to take Formula One’s initiative ahead, from raising voice whenever there is a standstill of the agenda and protesting for the agenda to make it stand tall to indulging in the association with his ideas for advancement and multiplicity of the enterprise, Hamilton has been one of the most important and active racers of Formula One. It was his brainchild to include the black car as a part of his uniform for the 2020 season calendar which also aced the message in regard to Formula One’s initiative about ‘Black Lives Matter’ aka ‘anti-racism’. He also played a major role in his team for encouraging the diversity of all minority races and backward national identities to be included among the battalion, citing the fact that the rate of people from minor races is real low, i.e. 3 percent only of the entire crew.

As noted earlier, Hamilton would stay stern on his decision of keeping all talks and discussions regarding his extension of the contract with Mercedes locked in the cupboard and is glad to resume racing for the upcoming weekend again after his prior win at the last Grand Prix, having the agenda in his priority still.

Hamilton expressed his enthusiasm on working for Mercedes until his time lasts and says he would like to enjoy his run till the end of his tenure, conveying, “I’m looking forward to continuing on, particularly as we just started a new chapter as a team in terms of how we educate ourselves, how we understand what we’re going to do to help be more diverse moving forward and be more inclusive; he further added, “I’m super excited with what’s possible to do with Mercedes-Benz and his team moving forwards.”

“At some stage, it will get done. I’m not stressed.” Hamilton said. Until the commence of the D-Day the entire fan buzz would love to see the Mercedes’ heartthrob racing the circuits winning the championships along with the hearts.