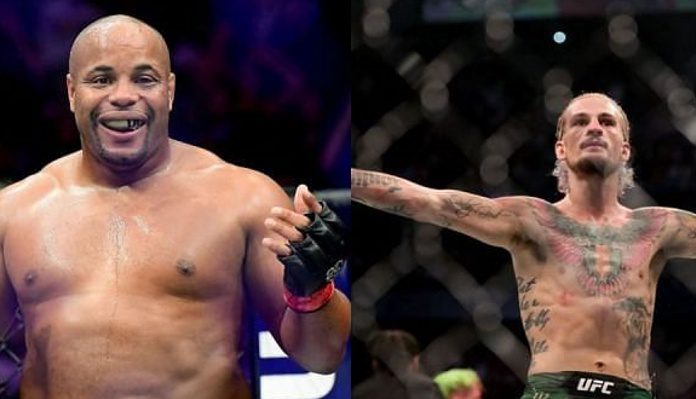 Daniel Cormier is one of the most revered UFC champions of all time. He is the first double champ in the heaviest weight divisions (light-heavy and heavyweight) and is more often than not considered to be one of the greatest UFC fighters ever.

DC has since moved on to become an analyst and commentator for the UFC and several other sports channels. He has a hit podcast show titled “DC & RC” on ESPN, where he dropped a bombshell on Sean O’Malley! DC said that he did not care about Suga Sean O’Malley’s fights nor does he care for his opinions that much.

DC and Sean O’Malley have been having a turbulent relationship ever since Sean’s appearance on DC’s show where he accused him of biased commentary and wanting him to lose. Daniel Cormier however was not impressed by O’Malley’s accusations and has hit back!

DC claimed that Sean was mistaking popularity with credibility and speaking above his rank! DC mentioned that he has 8 championship belts just lying around at home so he does not much care if fighters like Suga Sean win or lose!

Most recently another young fighter by the name of Phil Hawes lashed out at DC only to realize his mistake later on. Sean O’Malley seems on the same path as Hawes at antagonizing Daniel Cormier for apparently no good reason!

Here is the episode of DC & RC in question: