Ime Udoka suspended: Details explained on what led to Celtics HC to be penalized 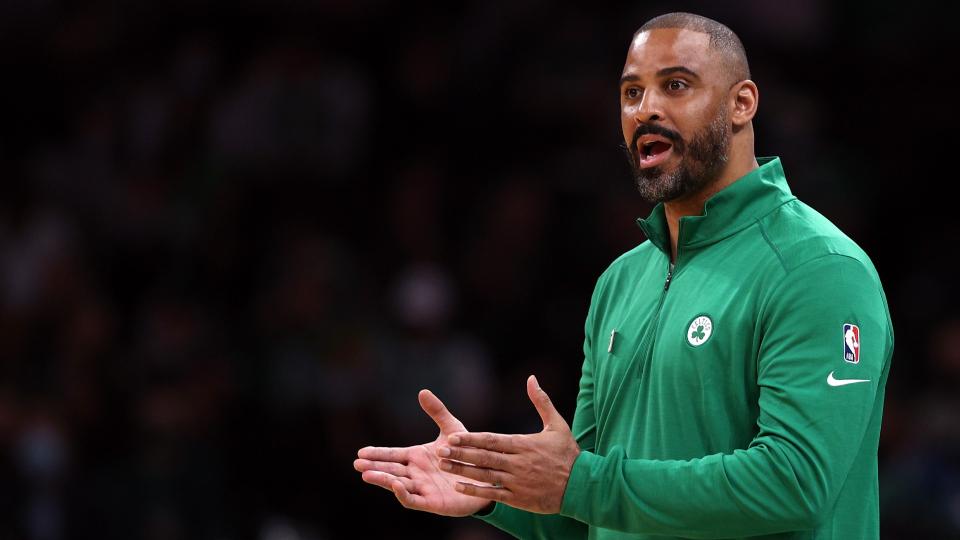 Former NBA player Ime Udoka has a successful coaching career of almost ten years, including his performance as an assistant coach in San Antonio Spurs, Philadelphia 76ers, and Brooklyn Nets before joining the Boston Celtics as a head coach.

Following a recent incident, the Celtics have suspended Udoka for a season !

What did the Celtics coach do to get suspended?

The Nigerian-American coach has recently made headlines for his intimate relationship with a Celtics staff resulting in the violation of the Celtics’ code of conduct, leading to his suspension for the rest of the 2022-2023 season.

Who is the woman Udoka had affair with?

No source has yet officially confirmed a name regarding the romantic involvement with the Celtics head coach, but few names are flowing around the air. Rumor has it that Allison Feaster, the former American basketball player and the VP of player and Organizational development of the Boston Celtics, was the woman Udoka had a “consensual” relationship with. Although Richard Jefferson questioned the credibility, tweeting, “Ask yourself if it’s consensual then why the suspension and the length!!!”

However, Feaster isn’t the only name affiliated with this incident. Some sources suggest that Kathleen Nimmo Lynch, the team service manager of the Boston Celtics, is the very woman Udoka had an extra-marital affair with. Kathleen’s mysterious disappearance from social media and the sudden deletion of her LinkedIn profile following this incident have given rise to numerous questions.

Udoka, however, doesn’t deny the allegation brought against him. He remarked, “I want to apologize to our players, fans, the entire Celtics organization, and my family for letting them down; I am sorry for putting the team in this difficult situation, and I accept the team’s decision,” the statement continues “Out of respect for everyone involved, I will have no further comment,” he added.

What implications may the Celtics endure amid his suspension?

In his first season as the head coach, Udoka led the Celtics to the NBA finals. Due to this unanticipated suspension of the HC, the Celtics will be coached by the 34-year-old interim head coach Joe Mazzulla, the former assistant coach of Boston. Critics argue that the Celtics will be entering this season as one of the title favorites. According to DraftKings Sportsbook, “The Celtics remain the favorites to win the NBA Championship (+550), despite Ime Udoka being suspended for the season.”

The Celtics remain the favorites to win the NBA Championship (+550), despite Ime Udoka being suspended for the season. pic.twitter.com/IhXQhTEtOu

Legend has it that Udoka did not resign. Whether he returns to the Celtics or not in future years is not yet decided, he was not given a guarantee he would be brought back. Only time will tell what happens to the fate of Ime Udoka and whether or not this turntable alters the course of the Celtics’ future feats.