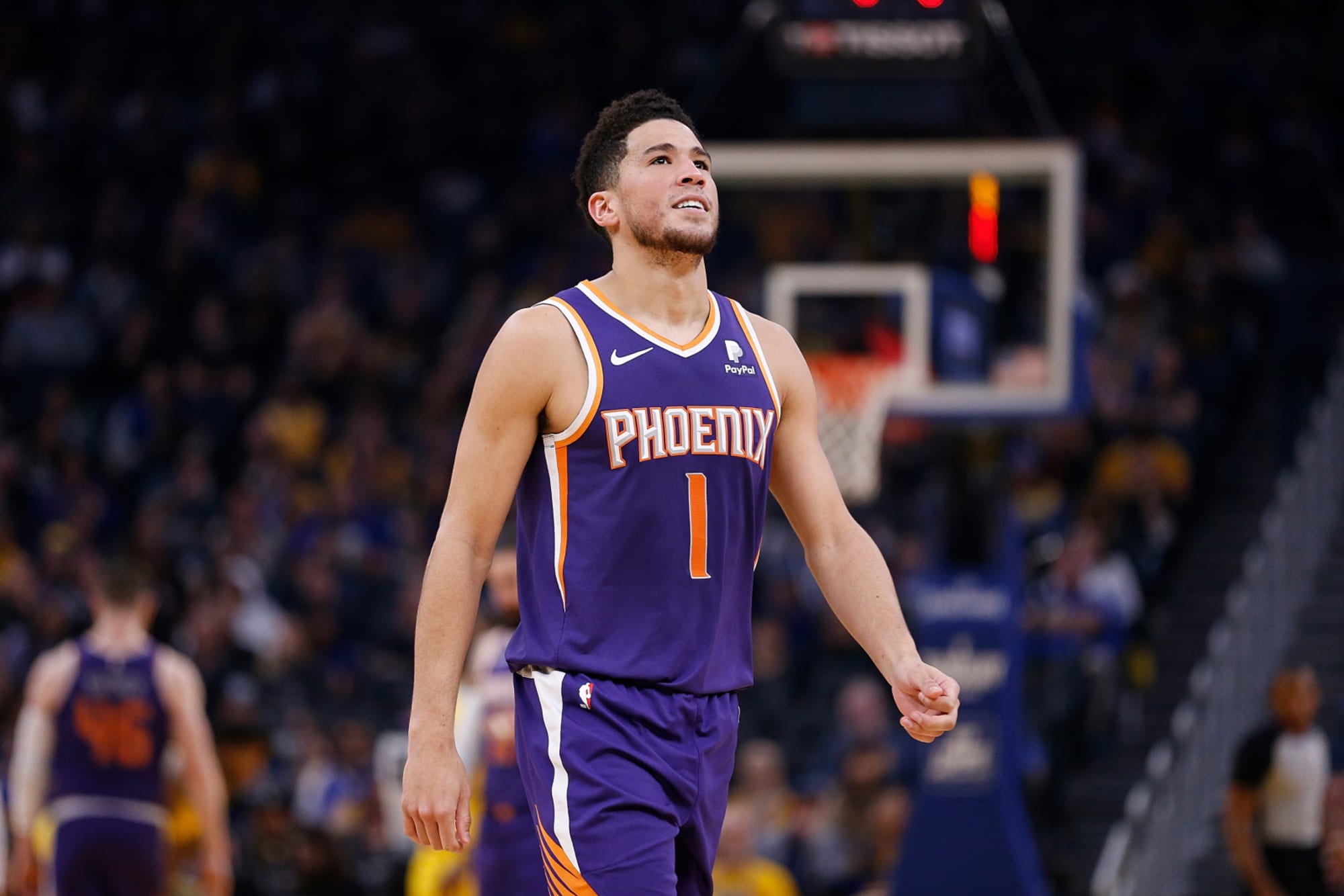 Devin Booker has confessed that the feelings of bowing out of the NBA Play-Offs this year is quite similar to that of last year.

The Phoenix Suns were many people’s favorites to win win the NBA championship this year. They were seeded number 1 in the Western Conference. With star man Devin Booker leading the line, and veterans like Chris Paul in the line-up, this was supposed to be the Suns’ year.

Things were going pretty well, too. They had a 2-0 lead over the Dallas Mavericks in the play-off semi-finals. But ever since game 3, things started to unravel a bit. They lost two in a row, but then managed to take the lead again. The lead was blown again as they lost game 6, and wee comfortably dispatched by the Mavs in game 7.

The Suns were finalists last year, and lost to eventual champions Milwaukee Bucks. Speaking after the game, Booker compared the disappointment of this year’s exit to last year finals defeat.

“It’s kind of the same (feeling); short of our goal. Even though last year year we were a lit bit closer, it hurts.”

Booker said he and his teammates will use this setback as a motivation to win the title next year, “As a team, we just have to own it. We have to look at this, and use it as motivation, just as we did with the finals last year. We are gonna have to take few weeks to clear our head, and take that (motivation) into the summer with you.”

Booker has been Suns’ standout performer this year, but has lacked consistency going into the latter stages of the campaign. He and his teammates will be hoping to put this setback behind them and come back stronger next season.

Ja Morant Claps Back at Rookie Jonathan Kuminga’s Last Augh “Whoop That”
“It’s the Same as Trash Talking. It Gets Me Going” Luka Doncic Reacts to Mavericks Being Underdogs against the Suns