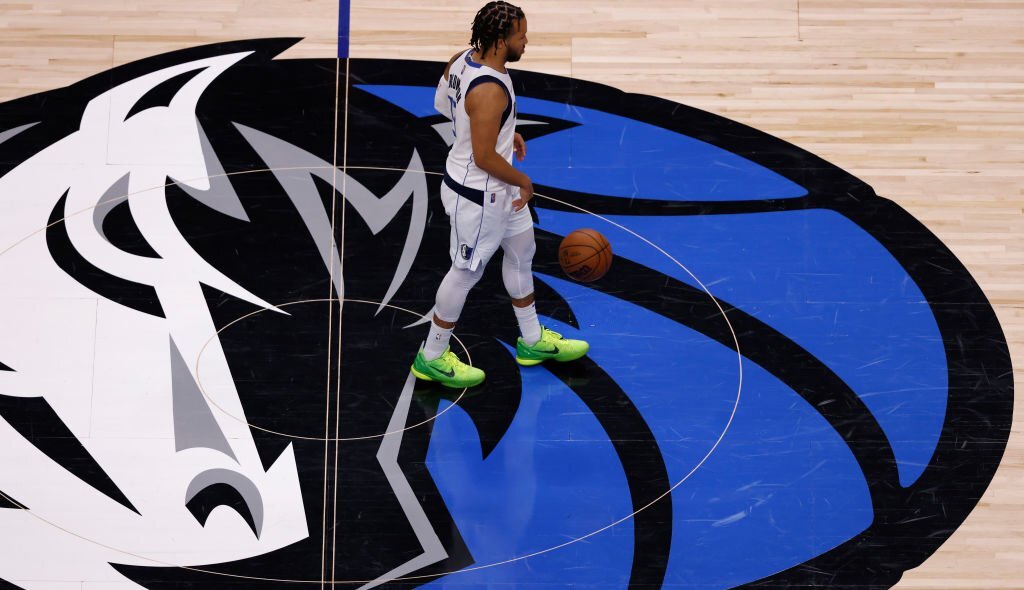 Jalen Brunson trade rumor is in the air again. According to reports, the Dallas Mavericks are willing to pay the auspicious guard roughly $22 million annually and are offering a five-year deal to resign. There has to be a price point for Dallas to walk away from Jalen Brunson. Signing the guard to a $22 million contract would have cost the Mavericks a total of $130 million in one season salary for Brunson alone. This is actually a lucrative deal for Brunson, as the Knicks are offering him only $100 million for four years.

When free agency opens today, Jalen will be attending an official meeting with the Knicks, Heat, and Mavericks. The meetings will take place in New York, and according to Haynes, the Knicks are the favorites to sign the unrestricted free agent to a four-year contract worth roughly $110 million.

Mark Cuban, the owner of the Mavericks, and one or two of Brunson’s teammates or Coach Jason Kidd are also going to join the groups.

There is obviously scant optimism in Dallas that anything can be done at this juncture to dissuade Jalen Brunson from signing with New York on a four-year deal worth at least $100 million, but sources say Brunson's camp sought the meetings with Dallas and Miami and now has them. https://t.co/KEDfvvRy92

NBA reporter Marc Stein tweeted that “there is a growing resignation in Dallas, sources say, that the Knicks are indeed Brunson’s top choice and his inevitable destination.” On the other hand, the Knicks have already cleared nearly $30 million in cap space to sign Brunson to finalize the deal.

Wherever Brunson ends up, it will be a huge loss for the other two parties, as all three franchises are already interested in signing him. The New York Knicks have already traded three of their key players and made space to sign the 25-year-old, and now Detroit is showing pessimistic signs of offering an undeniable offer to the point guard as well. It seems Jalen is in the driver’s seat now, and it will be his sole decision to choose where his next tenure will be.