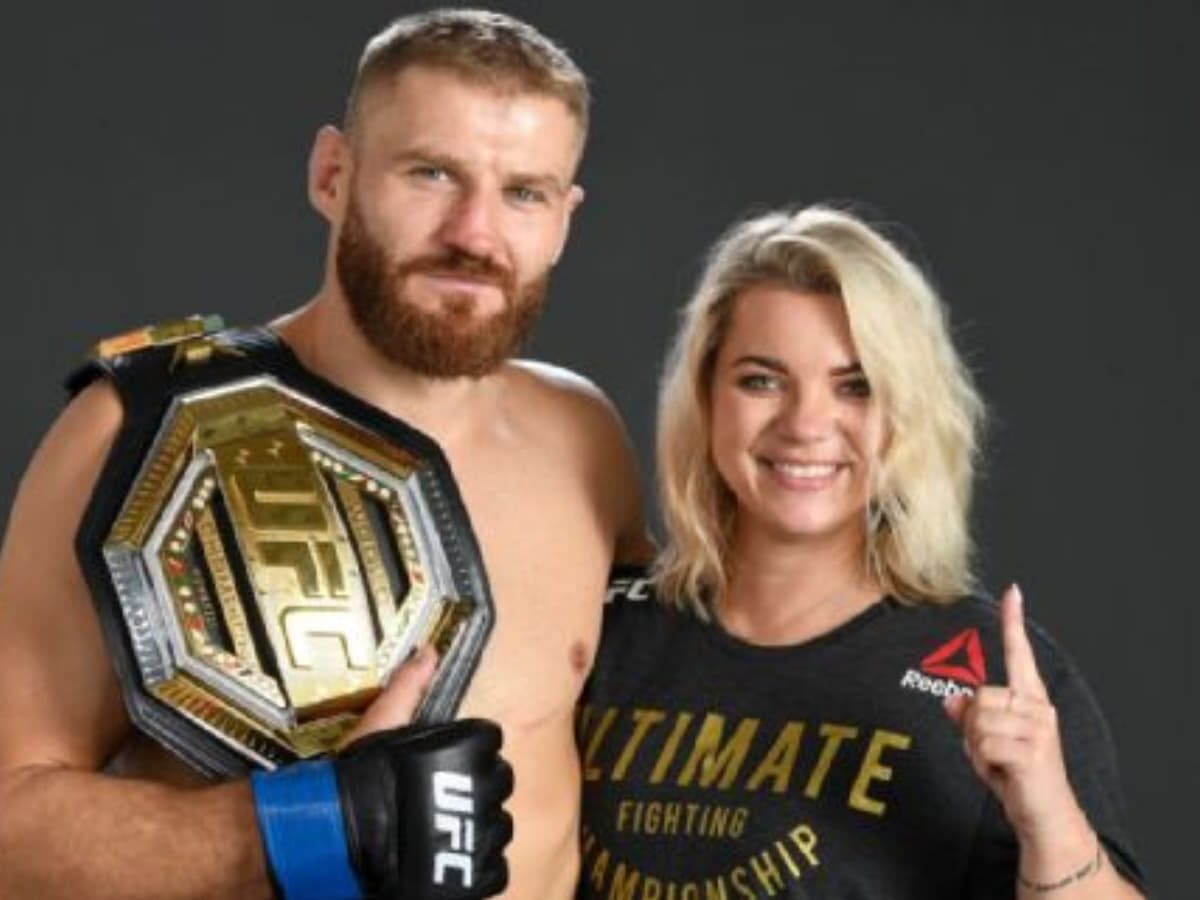 The light heavyweight champion fighter Jan Blachowicz recalls his fiancée Dorota Jurkowskas’ effort for him and thinks she is the one behind the success in his career. The 38 year old Polish fighter takes ESPN MMA on the eve on Saturday night’s fight with Aleksander Rakic.

The pound to pound fighter literally mentions that “without her I will not be a champion”. Dorota Jurkowska is also the manager of Blachowicz. She left no stone unturned to save her client’s career back in 2017,when he was at the verge of being fired from the UFC. She was frantically trying to convince Mick Maynard, the UFC matchmaker with the fear of her client as well as fiancés fear of being fired. In her words Jurkowska said:

“Oh my God, I thought he was going to get fired. Seriously, I was expecting that email to say he was gone. “I was emailing [UFC matchmaker] Mick Maynard immediately. We had a lot of emails go back and forth that night. That was a very tough night.”

Time may have passed but the Polish champion Jan Blachowicz never forgot the influence of his fiancé and manager and he seems to be grateful as he speaks this time. He hadn’t been a niggard to praise his child’s mother for what she had done for him.

Jan Blachowicz Drops Truth Bomb on Fighting Aleksander Rakic Ahead of UFC Vegas 54
“I Forgot about Him” Michael Chandler Claps back at Dustin Poirier, Reveals its “A Personal Issue” with him