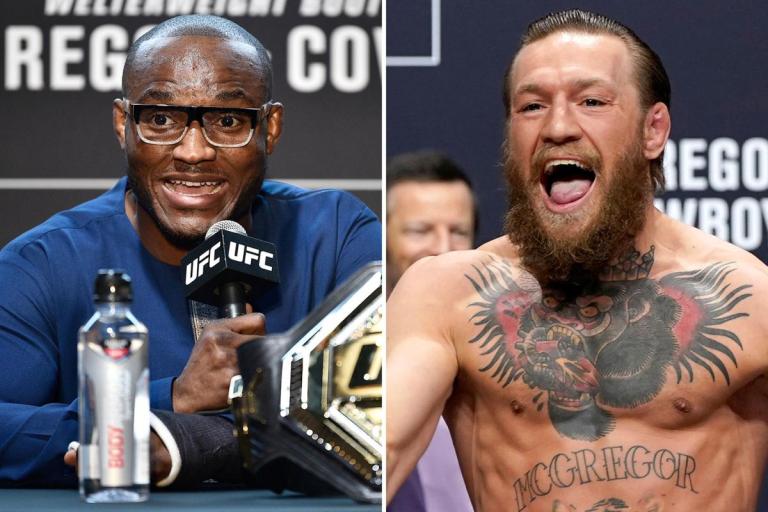 UFC Champ Kamaru Usman called out Conor McGregor for his current losing streak in UFC, and referred to him as “Loudmouth Irish Guy” in an interview with TMZ Sports.

Kamaru “The Nigerian Nightmare” Usman, the current P4P King and UFC Welterweight Champion, recently described the MMA Megastar as a “Loudmouth Irish Guy” who isn’t “relevant” to the sport anymore, according to TMZ Sports. Usman has listed Leon Edwards and Conor McGregor as his potential future opponents, with Khamzat Chimaev, a young prodigy, also in the mix.

The back and forth continues between McGregor and Usman, as “The Notorious” Conor McGregor, the first-ever two-division champion in the UFC, has recently set his sights on solidifying his legacy as the first-ever “Three Division” Champ and aims to take the belt from Kamaru Usman. In an interview with TheMaclife, the Notorious one described Usman as a “Jab-happy, Sloppy, Orthodox wrestler with no submissions whatsoever,” and he sees no threat in him.

Usman was quick to quip back at McGregor and called him a clout chaser looking to attach his name to the current top names in the sport. More recently, Usman spoke to TMZ sports and brought McGregor’s name up without any prior provocation.

Despite being on a 3 fight losing streak in the lightweight division and only one successful welterweight appearance against an aging Donald Cerrone in the last few years, Connor McGregor remains the UFC’s biggest PPV attraction and quintessential “money” fight. So it is understandable for Usman, who has cleaned out the top of the welterweight division to be calling out McGregor.

The McGregor-Usman feud has had it all! Hacked Twitter accounts, Verbal Jibes, and allegations of Connor’s iconic lines being stolen by Usman. The build-up to the potential mega-fight is bound to hit the fever pitch soon! Will Connor make history and become the first-ever to earn three belts? Or is the legacy set to end for good?