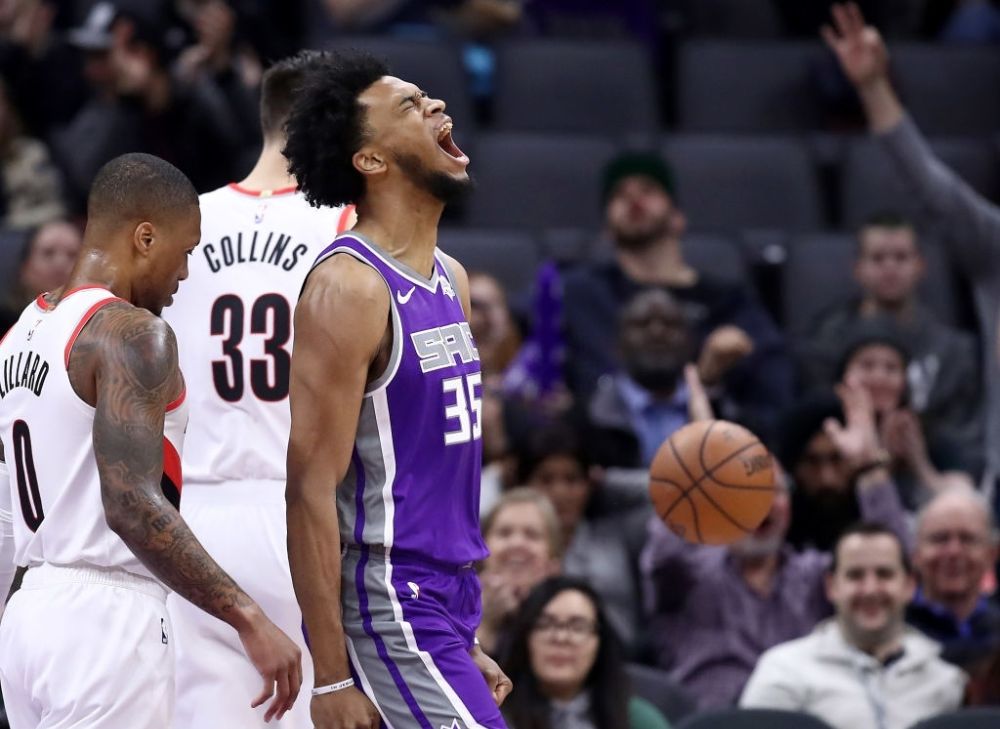 Marvin Bagley III started playing in 2018 with the Sacramento Kings. However, his days at the club was not the best days of his career. The moment he recovered from his last injury during the pandemic lockdown, it seemed that the other one was waiting for him.

On 24th October 2019, he was diagnosed with a non-displaced fracture in his right thumb and needed rest for 4-6 weeks. While playing in the NBA bubble in Orlando, on Sunday it was declared that Bagley won’t be playing the rest of the season due to a foot injury.

On Tuesday a statement was declared by a foot specialist that “he underwent a lateral sprain to his right foot.” This was confirmed by Bagley’s MRI results. “The team has decided to hold him out of the remainder of the season,” said the Kings’ spokesperson. “On Tuesday morning he was seen leaving his practice with the crutches.”

He required two weeks to recover according to the doctor. He also sprained his left knee in December 2018. Jabari Parker missed 191 games over six NBA seasons and said, “Injuries are a part of life and it’s normal.” He added, “I am trying to keep him in my prayers and just trying to be a good friend to him.”

He missed 22 games due to the thumb injury. On 24th November 2018, while playing against the golden state warriors, they won the game with a score of 117-116 loss and Bagley had a double-double 20 points and 17 rebounds.

In their second match against golden state warriors in December he sprained his left knee and couldn’t play for 29 games out of 33. After coming out from the December injury he again played for four games and again suffered an injury. The kings are going to resume their play in Florida with a 28-36 record, the 11th best record in the western conference. According to the club, “Bagley would have been of great help for Sacramento.”

He was honored with NBA all-rookie first team in 2019, Pete Newell Big Man Award 2018, ACC player of the year 2018, ACC Rookie of the year 2018. We can say he may not have played much of the games, but the game that he played he did his best.

Loss of the team due to the coronavirus:
Apart from Bagley’s loss, the team also suffered a loss as many players were tested positive for the coronavirus including Jabari Parker, Buddy Hield, Alex Lane, and Harrison Barnes. According to reports, “Parker, Heild and Len have recovered and are present with the team in Florida, while Barnes is still recovering at home in Sacramento.”