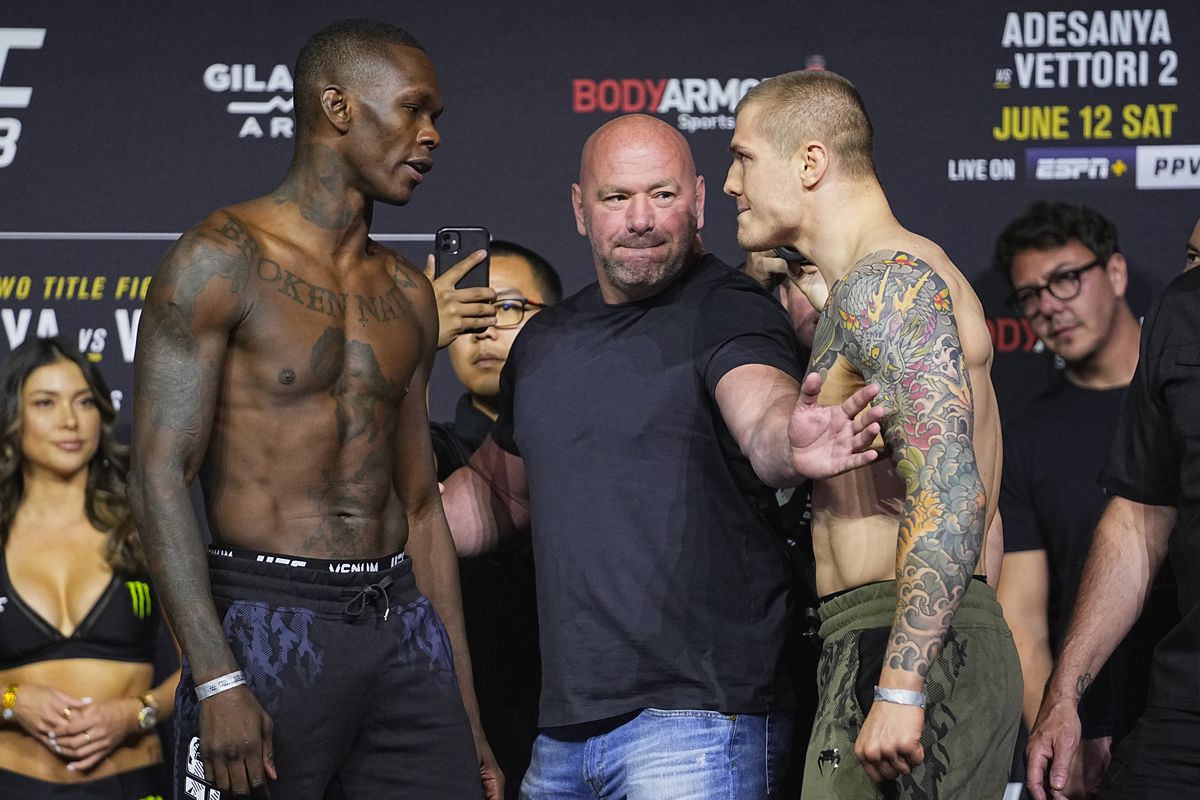 Marvin “The Italian Dream” Vettori has made a brutally honest confession about how much he wants to fight Israel Adesanya to complete the trilogy! Vettori failed in his prior two attempts to beat the crafty Adesanya. But is eager to face him once more in the octagon. Marvin faced Izzy once in 2018 in a non-title fight, where he got a decision loss against the elusive Stylebender.

The second fight was no different, Vettori took the Nigerian down a few times but could not get a finish. The decision was overwhelmingly for Adesanya. Marvin Vettori remains one of the only middleweights to successfully take Israel Adesanya down.

Still undefeated at middleweight, Israel Adesanya is the mountain that all current middleweights must climb to get UFC gold. He is a dominant champion who has cleaned out the top middleweights of his division. Adesanya climbed up to light heavyweight to try and gain a belt in that division. But the champion Jan Blachowicz was too much for him! His only career loss in MMA came at light heavy.

The elite middleweights of his time have not been able to solve Adesanya’s puzzle, But Marvin Vetorri still carries the Italian dream with him and is willing to challenge for the belt once again.

Here is what Vettori said to the Schmo during his interview:

It remains to be seen if Vettori can finally fulfill his dream of becoming the first-ever Italian born UFC champion. Israel Adesanya will face Jared “The Killa Gorilla” Cannonier at UFC 276 on the 2nd of July 2022, there is a chance of the title changing hands before Vettori can get his hands on Adesanya once again. But the ever-confident Israel Adesanya has said that he will make the Cannonier fight look very easy!