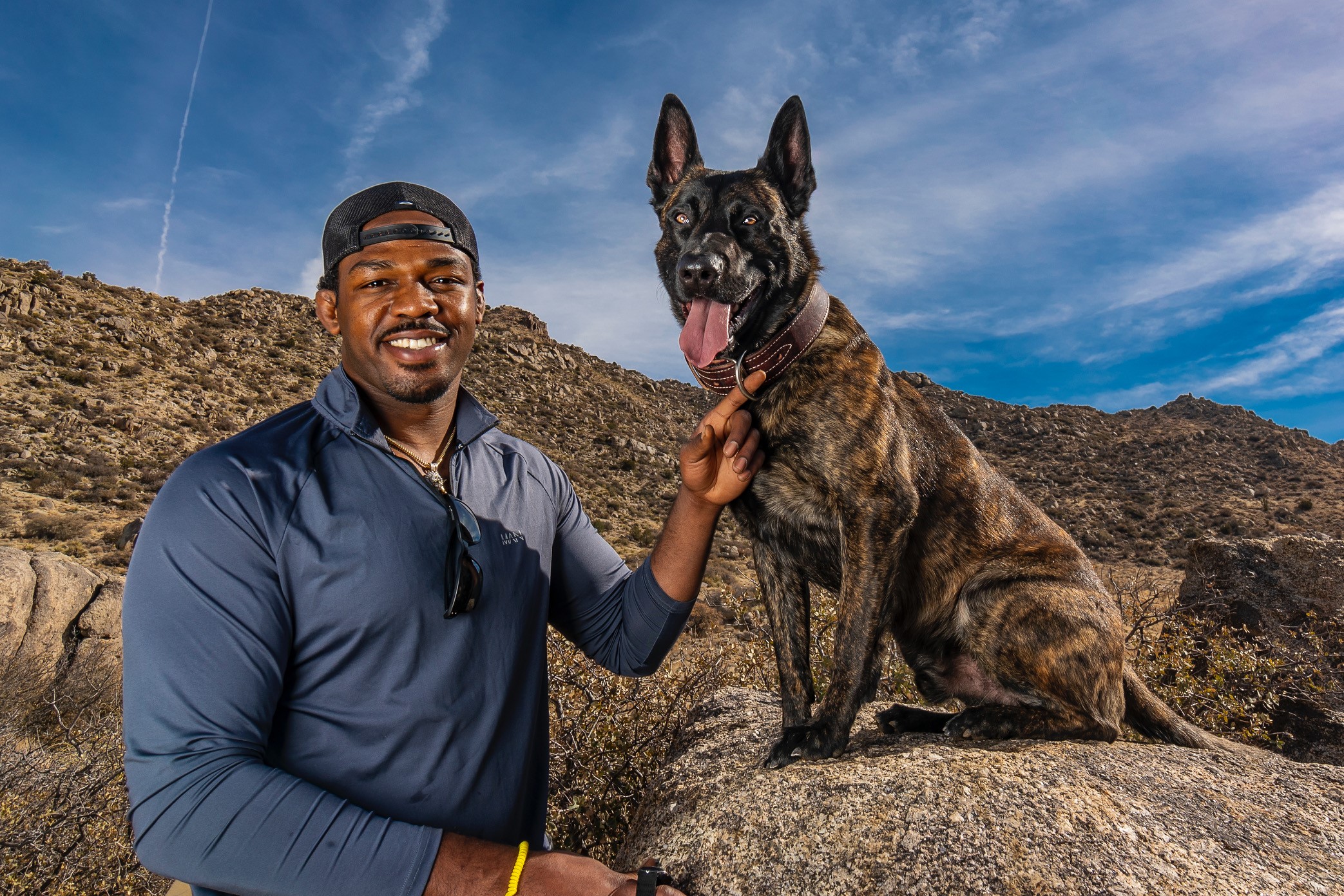 The GOAT of the UFC, Jon “Bones” Jones took his killer German Shepherd on an air trip. He posted the video on his Instagram stories. His dog is named Dutch and he seems to be very fond of the dog that he got as a puppy.

The dangerous looking dog was on the seat next to Jones. Jones is known as the UFC’s most dangerous killer due to his vicious elbows and fighting style. It looks like “bones” has brought his dog up to be just like him. Jones posted the story on his Instagram.

Jones and his dog are very close to each other as can be seen in videos that surface on social media. Looks like Johnny Bones is training his dog up to be a killer like him:

Jones spends a lot of time with his dog and it seems to be one thing he truly cares about. Jon Jones is a controversial figure in the UFC due to his charges of substance abuse, domestic violence, and endangerment of others. Jones’s long-time partner left him due to domestic violence recently.

Jones often posts about his dog and his personal life. He has been out of the octagon since 2020 after his controversial win over Dominic Reyes. Jones has moved up to heavyweight and will be fighting former heavyweight champion Stipe Miocic in the latter half of 2022.

Jon Jones was the youngest champion in UFC history at only 23 years of age after he defeated Mauricio “Shogun” Rua. If the dog is anything like its owner, it is bound to be an absolute killer!