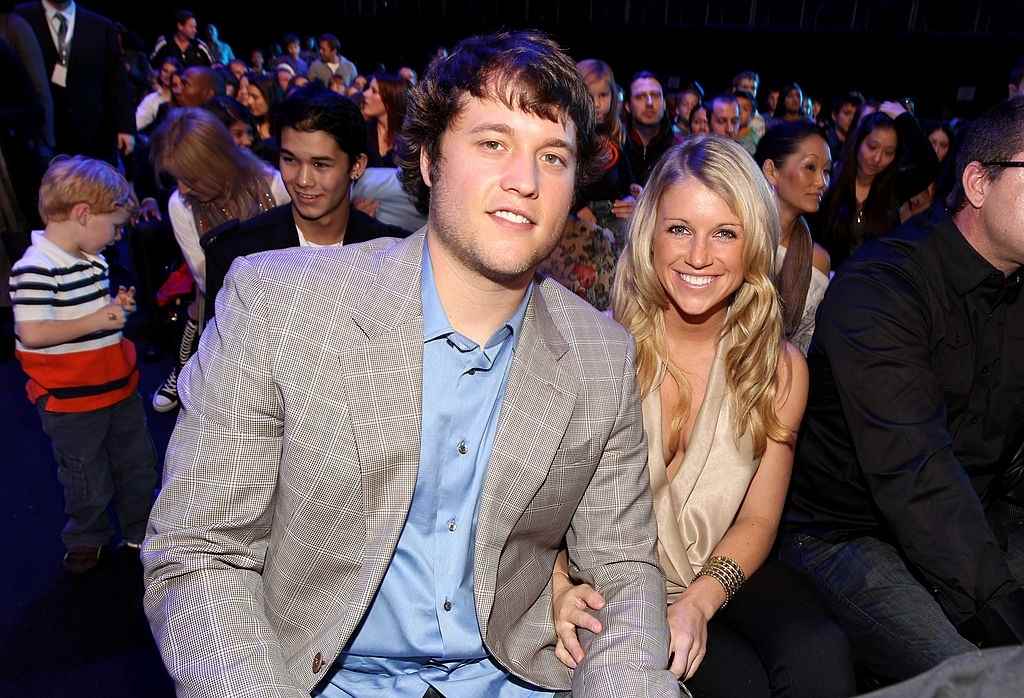 Quarterback for Los Angeles Rams, John Mathew Stafford, is a name widely regarded as one of the bests, whether it be as a quarterback, or as a husband. The former Detroit Lions player has a squeaky clean record when it comes to his personal life. Unlike various other players of the game, he does not quite fit the playboy image and is more of a family man.

Although he does not have any social media accounts, he never shies away to proudly talk about his wife and high school sweetheart, Kelly Stafford, who is quite the character.

Kelly is Matthew Stafford’s high school sweetheart. The former college cheerleader has made a name for herself for being a celebrity wife and having a sharp tongue, among other things. Being the backbone of a family of six, she is a force to be reckoned with. Fighting bravely through her tumor, and raising eyebrows for her not-so-bold statements, here’s everything you want to know about Matthew Stafford’s wife, Kelly Stafford.

Siblings: One brother and one sister.

Net worth: One million dollars. 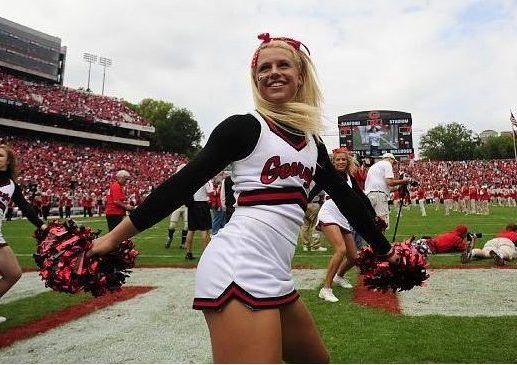 Kelly Hall was born in Feltham, Middlesex, United Kingdom on May 29th, 1989 to parents Jack and Leslie Hall. Kelly has two siblings. An elder brother, Chad Hall who is a former NFL wide receiver for San Francisco 49ers and Kansas City Chiefs. He is currently a wide receiver coach for the Buffalo Bulls. She also has a younger sister called Jenny Halls.

Although Kelly’s high school is not mentioned anywhere, she enrolled in the University of Georgia in 2006 to study nursing after completing her high school. There she became the cheerleader for the football team. Kelly was also part of the basketball team there.

How The Couple Met And Got Married? 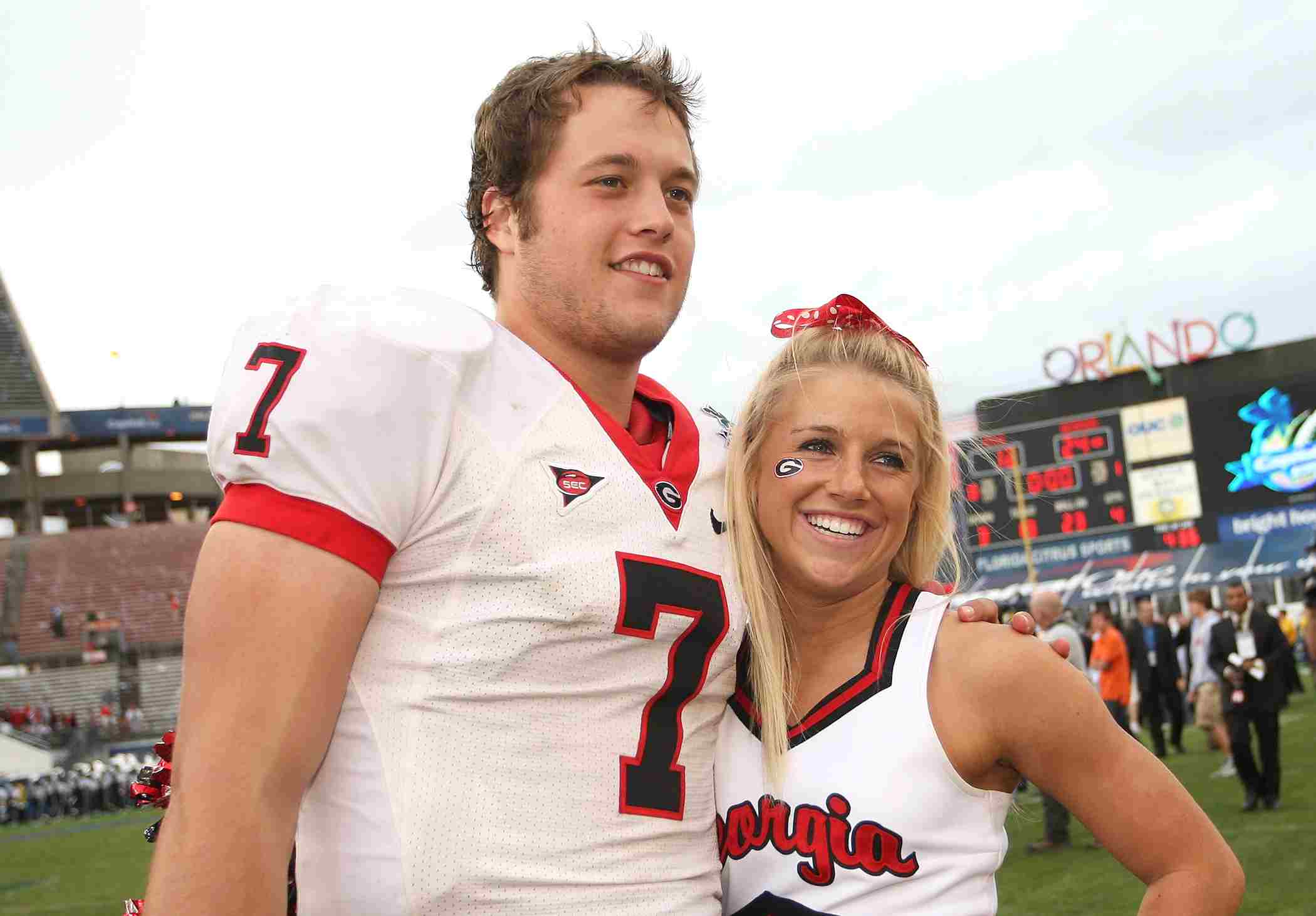 The power couple were the students of the same institution. Stafford enrolled at the University of Georgia after finishing high school early. He joined the Georgia Bulldogs football team as a freshman quarterback and met Kelly there, who was a cheerleader. They both got interested in each other fairly quickly and started dating a while later. After dating for 8 years Matthew finally drew up the courage to get down on a knee for Kelly and tied the knot on 4th April 2015 in Georgia in a private service.

How many kids do Matthew And Kelly Stafford have?

After the couple tied the knot in Georgia, they have been blessed with four beautiful daughters. One year after Kelly and Matthew got married, in April 2016 they welcomed twin daughters Sawyer and Chandler in to the world. Two years later in august of 2018, their third daughter, Hunter was born. And finally, in June of last year, their daughter Tyler was born.

The Stafford sisters even have a dedicated Instagram account (@staffordsistersquad) filled with all kinds of memories and family moments.

What Are Matthew And Kelly Stafford Doing Now?

On 18th March 2021, Matthew was traded to the Los Angeles Rams and thus his entire family had to move from Detroit to Los Angeles. Before they left the city that they have called their home for over a decade, the Staffords decided to give the city of Detroit, a parting gift. The couple pledged one million dollars for the creation of a new youth education center in the city of Detroit.

In April 2019, Kelly took to Instagram and announced that she has been diagnosed with a brain tumor after what she had been doing all her life started to become difficult to do. Worried about these symptoms, Stafford got herself to an ER where an MRI scan found that she has acoustic neuroma or vestibular schwannoma. She decided to get surgery regardless of being very scared.

Fortunately, the tumor was removed successfully after a tweleve hour long surgery. Kelly also revealed that she might need hearing aids in the future but at the same time happy to be alive.

Stafford kept posting updates about her recovery process on Instagram highlighting days of progress and struggle with the hashtag #staffordstrong. Within five months of the surgery, she was posting videos of her training showing what a strong willed woman she is.

Kelly’s Instagram account has more than 284k followers where fans get a glimpse of her and Matthew’s life. She posts quite frequently and keeps engaging the fans.

Unlike the soft spoken quarterback, Kelly is not at all afraid to voice her opinion or speak on a subject. And she has done so on many occasions on her social media. On one such occasion, she posted a story after her husband Matthew was placed under covid-19 reserve list after a faulty test.

“I have been losing my mind because of how my family has been treated since my husband was put on the covid-ir list”, she said and tagged the official NFL account three times.

Last year November, amidst the coronavirus crisis, Michigan Governor Gretchen Whitmer tweeted a notice of an emergency order issued by the state’s Department of Health and Human Services announcing a three week pause targeting indoor social gatherings and other group activities to keep the pandemic under control.

Kelly Stafford was not fond of the announcement and posted an Instagram story giving everyone a piece of her mind. Her statement did not sit well with the people and received a lot of backlashes and the post was later deleted.

“I understand there’s a pandemic, and I understand it’s very scary. I’m scared of it too. If you are at risk, do not leave your house until there’s a vaccine,” she said. “But, shutting down all these small businesses, things that people have worked their life for, shutting them down again is not the answer. Because they will not make it.” She continued, “So, once we are able to leave our house, once this dictatorship decides to let us have some freedom, there will be nothing left. I’m just over it. I see all these people and it brings me to tears.”

Later, in another video, she apologized for her poor choice of words, which has since been deleted.

After graduating, Kelly tried her hand at a few modelling gigs and quickly got opportunities to work with brands and certain endorsements. She also appeared on the American TV series, dancing with the stars.

While there is no clear information about her actual net worth, it is speculated that she has a net worth of around one million dollars.

Matthew Stafford’s Career At A Glance 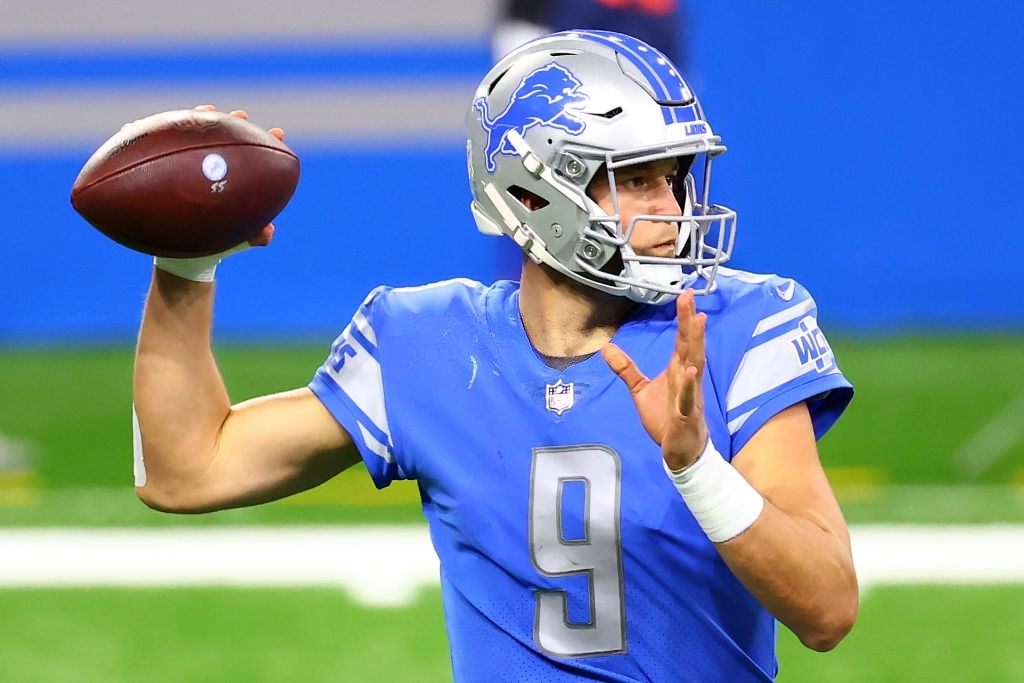 Matthew Stafford enrolled at the University of Georgia in 2006 and joined as the freshman quarterback in the Georgia Bulls football team. There, he broke the Georgia touchdown passes record with 25 passes in 2008.

In April of 2009, Stafford formed a contract with the Detroit Lions and became the first overall pick of the 2009 NFL draft. Since joining the Lions, he set the record for the most successful passes, most completions in a single season, highest career completion, and highest career completion in a single season along with several other records. He also holds an NFL record for the most comeback wins that placed him eighth in the 2016 NFL season.

On 18th March 2021, Matthew was traded to the Los Angeles Rams as their new quarterback.