Antonio Brown Girlfriend: Chelsie Kyriss and Other Eccentric Relationships – All You Want to Know 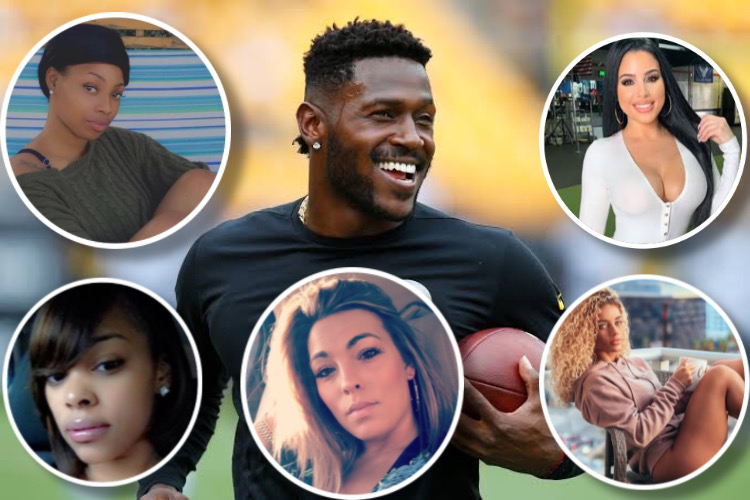 Former Pittsburgh Steelers wide receiver Antonio Brown has been very successful in his NFL career. He led the Tampa Bay Buccaneers to win the Super Bowl LV in his debut season with the team. With his phenomenal performance, Brown captured the headlines several times in the last few years. However, he also grabbed enough attention due to his complicated relationship with Chelsie Kyriss.

Antonio Brown’s girlfriend Kyriss has been in an on and off relationship for a long time. Although Brown had few girlfriends in his life, apparently Kyriss is pretty stable compared to other women Brown met.

In private life, the Buccaneers star has been linked with several women. But he is currently in a relationship with Chelsie Kyriss. However, it was reported that he had four more girlfriends, Shameika Brailsford, Wiltrice Jackson, Jena Frumes and Stephanie Acevedo. Among all his girlfriends Chelsie Kyriss has a great impact on Brown’s life as they have been in a relationship for around nine years. Therefore we will discuss every possible detail on Kyriss. Besides, we will also talk about rest of the Brown’s exes briefly. 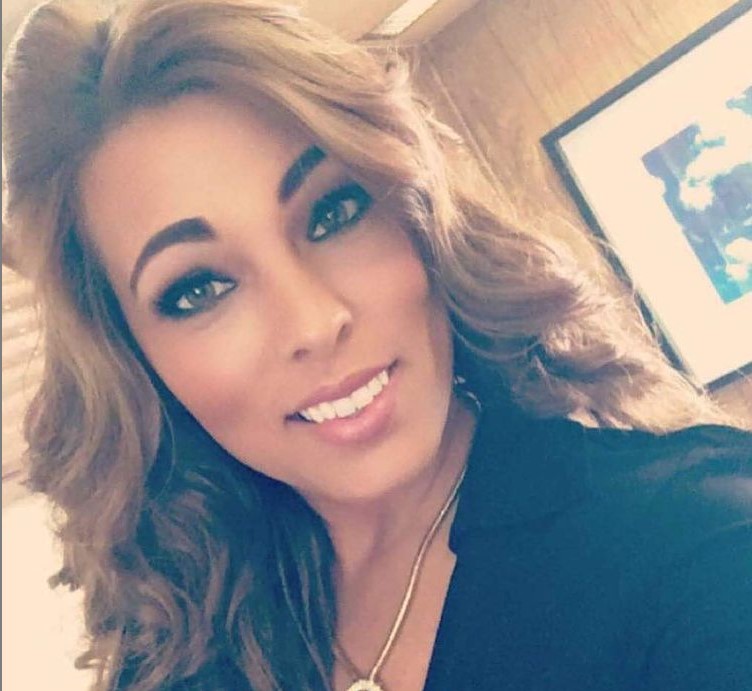 Chelsie Kyriss is known as a social media personality who was a former teacher in a school. She is an aspiring model and a star on Instagram. Besides, Kyriss is widely known as NFL star Antonio Brown’s girlfriend. The couple has been in a relationship since 2012. 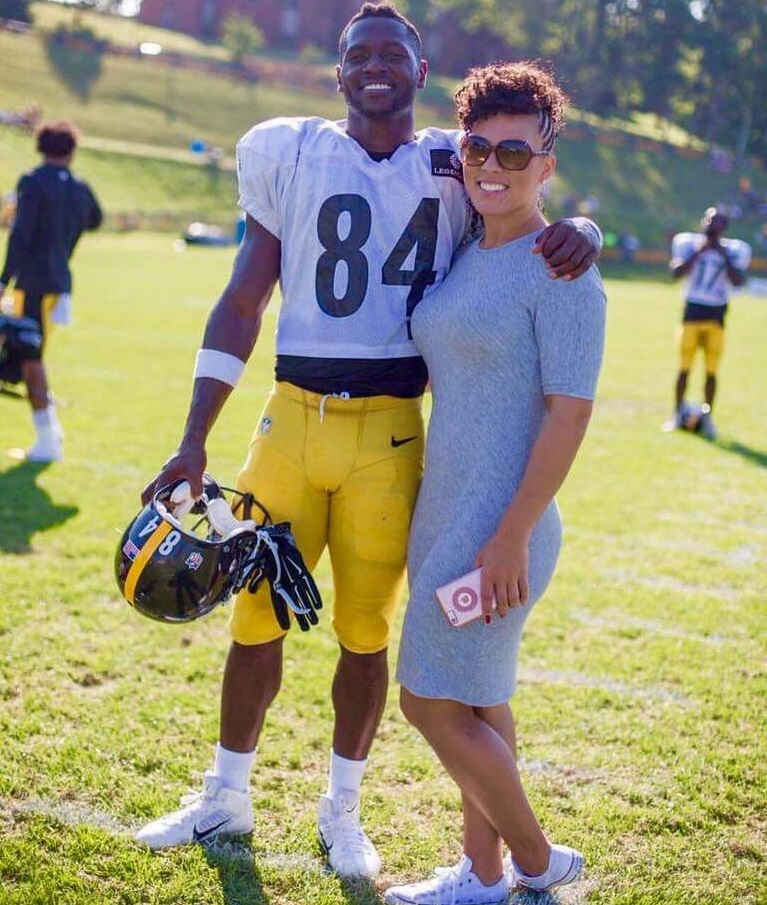 Antonio Brown’s girlfriend stands 5 feet 6 inches and weighs about 65Kg. She has a curvy build with 38-30-40 body measurements and wears a 36 B-size bra. Apparently, she looks beautiful with her blond hair and dark brown eyes. 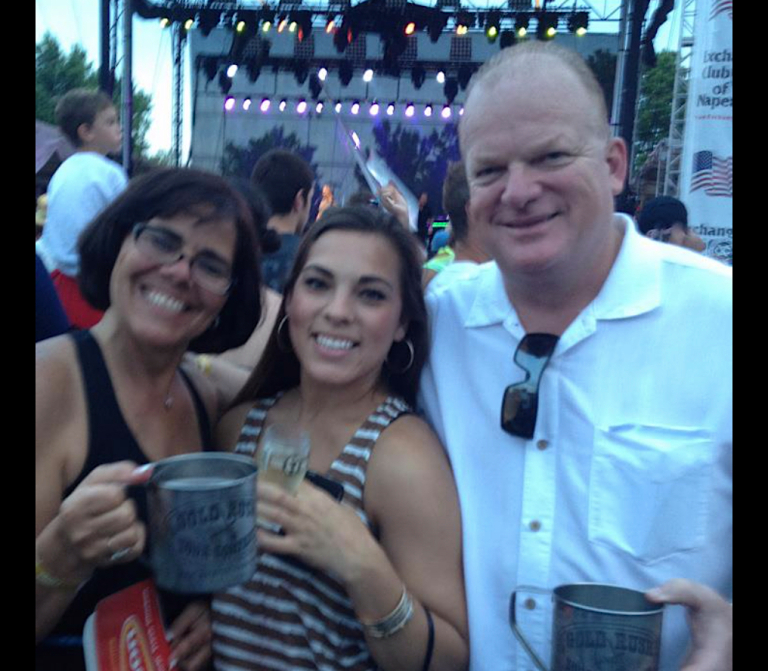 Chelsie Kyriss was born on September 1, 1989, to her parents Todd and Lynn Kyriss. She grew up in Springboro with his brother Christopher. Her father works as an executive vice president at Elite Sportswear, Pennsylvania. 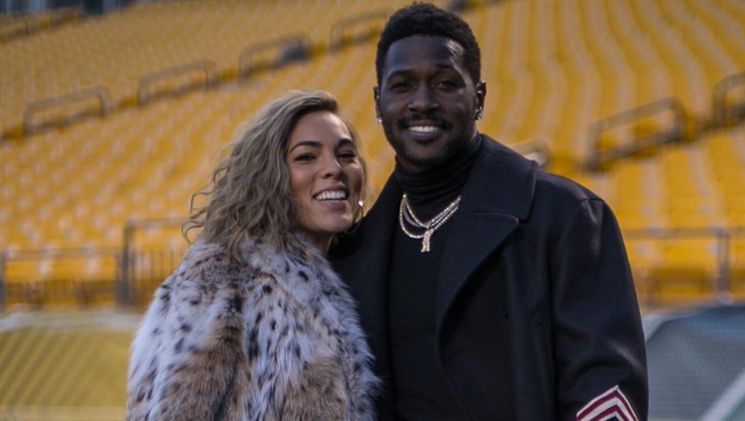 According to some sources, Chelsie met brown in 2012 when she started working with ‘Wilton Brands Inc.’ Besides, they also had a mutual friend, who introduced them at a party. However, it was reported that Brown and Chelsie felt the attraction on their first meeting. Since then, they have been in a sloppy relationship for the last nine years.

How many times Chelsie and Brown had broken up?

The couple had several ups and downs in their relationship on many occasions, and they had broken up at least two times during their nine years of relationship. The first time they broke up in 2017, but the reason was known. Further, they patched up the relationship a year later.

Later in 2019, they bust-up with much more heated issues, and they broke up again. This time it was more serious as Brown called the police on Chelsie. The NFL star also summons an eviction notice to his baby momma.

After a yearlong public feud from 2019-2020, Antonio and Brown reconciled again in mid-2020. This time the wide receiver came forward to get back his ex-girlfriend Chelsie Kyriss. Sometime in March 2020, Antonio posted an Instagram story claiming that he ‘just proposed Chelsie Kyriss.’ Furthermore, he also replied to a fan that the pair ‘will get married in 2020.’ However, they are not married yet.

Aside from their break and patch-up drama, the couple was also involved in some legal proceedings. Brown first filed a lawsuit in December 2019 against Chelsie, claiming that his’ former girlfriend’ refused to leave his house after separation.

Antonio Brown going off on the Police and His Ex. #NFL pic.twitter.com/qlqsa1j1c3

Later, Antonio Brown’s baby mama slapped him with a paternity lawsuit in Florida court on January 15. After that, the court summoned the NFL star to determine the child support and child custody. Moreover, Chelsie claimed that Brown was not mentally fit to take custody.

How many kids does Chelsie Kyriss have with Antonio Brown? 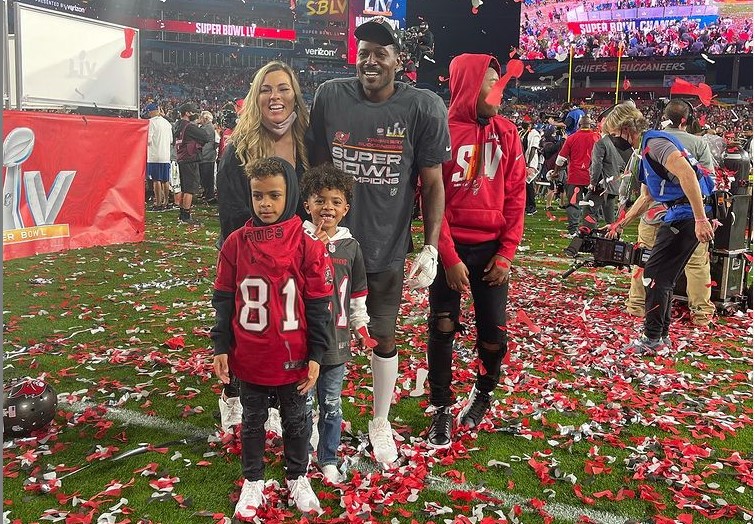 Although Brown has five children altogether, he has three kids with his to-be wife, Chelsie Kyriss. The first child, Autonomy Brown, was born on April 1, 2014. Further, the paid had their second child Ali Brown on March 23, 2015. Finally, they welcomed their third kid Apollo Brown on August 2, 2017.

Past relationships of Chelsie Kyriss

Before the relationship with Antonio Brown, Chelsie at least one boyfriend or husband; however, no details are available about her past boyfriend. However, she has two children Kellen Green and Brooklyn Green, from her previous relationship.

Did Chelsie Kyriss date someone during feud with Brown?

Although, Brown had met several girls during his short-term breakup with Chelsie. But there was no report on Chelsie that she dated someone while she was apart from Brown. Probably she did not have much time to look for another relationship as she had to take care of her children. 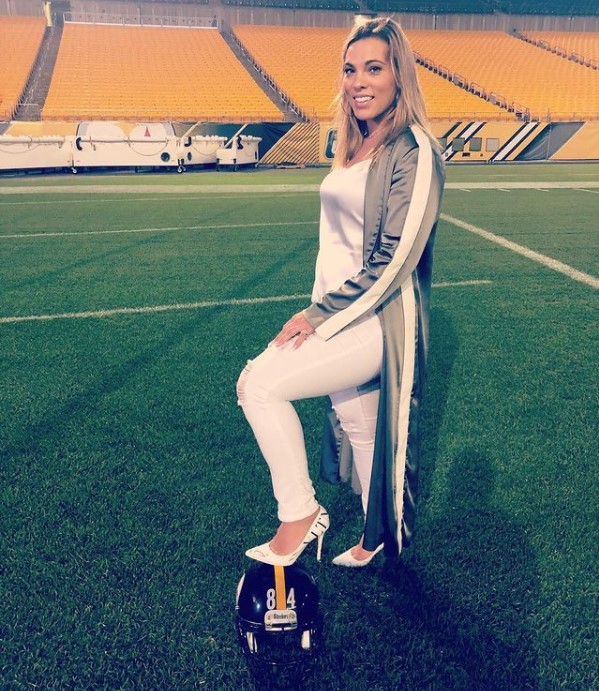 Chelsie was an ordinary girl before she met the NFL star. She was struggling with her career and life. However, she gained fortune after she started dating Brown in 2012. Over the years, she got enough attention from the media, which helped her growing followers on her social media. Besides, she also benefited in terms of monetary and luxury life. 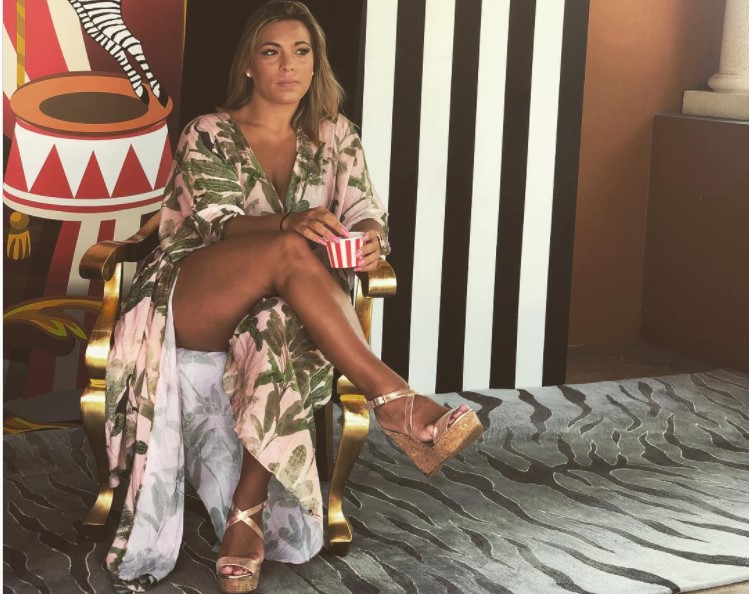 Kyriss started her professional career as an ordinary individual. Over the years, she worked in different positions, such as customer service, sales, and teacher. However, she had a passion for becoming a model but never got a fruitful opportunity. Although the former care teacher received an offer from an agency named ‘Explore’ for the local shoot, she did not continue there. In 2010, she joined as assistant manager at ‘Baker’s Footwear Group.’

As we have mentioned earlier, Chelsie pursued different jobs during her college days and after college. According to multiple sources, Krysis’ net worth is $200,000, which she earned from her past jobs. However, she stopped working after she started a relationship with the Tampa Bay Buccaneers wide receiver. Besides, she also owns a Porsche, which was gifted by her boyfriend Brown in January 2019. She also owns a Bentley. 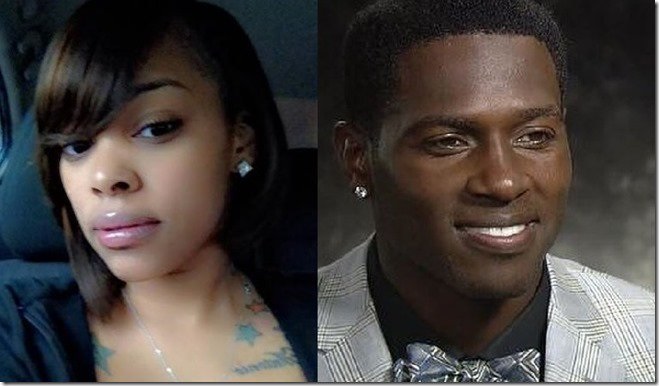 Brown and Brailsford got into the relationship in around 2005 or 2006 at their tender age. Shameika gave birth to their first child, Antonio Brown Jr., in 2007. However, they broke up in 2007, and Shameika filed a lawsuit against her ex in 2012 to pay up child support. The court ordered AB to pay $6,000 to Shameika. After Brown’s 5-year extension with the Steelers in 2012, he agreed to pay $5,000 per month in child support. Furthermore, their drama did not finish there and continued for many years. 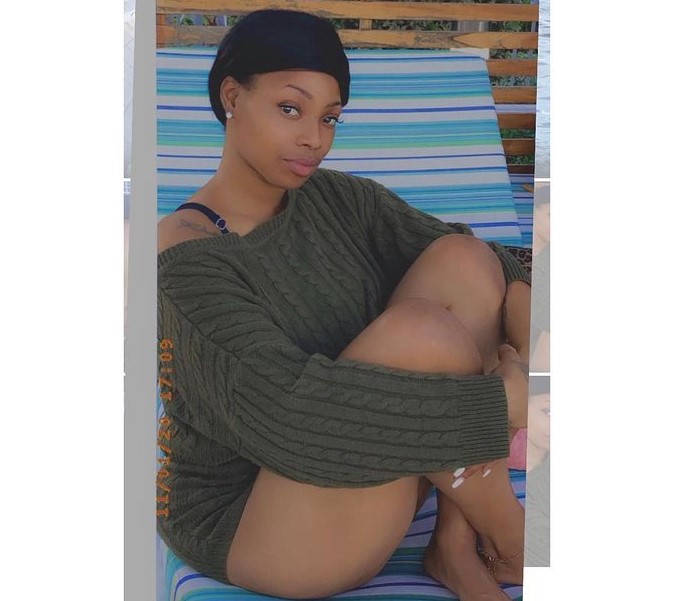 Wiltrice Jackson is Brown’s second girlfriend. She has been working as a hairstylist in Gibsonia, PA. Jackson is currently single now, and she is living with her daughter Antanyiah Brown.

Wiltrice Jackson and Antonio Brown started their relationship in 2007. Further, the couple has a daughter together named Antanyiah Brown, who was born on March 18, 2008. Although they broke up between 2010-2011, they are still in touch about fighting over their daughter’s custody. 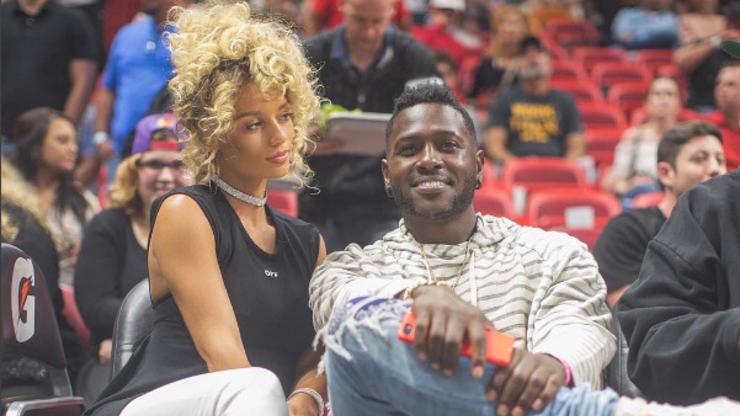 Antonio Brown and Jena Frumes were briefly in a relationship in 2017 while Brown’s then-girlfriend Chelsie was pregnant with the couple’s third child. However, Brown and Jena broke up their intense relationship when the footballer chooses to go back to his baby mamma. 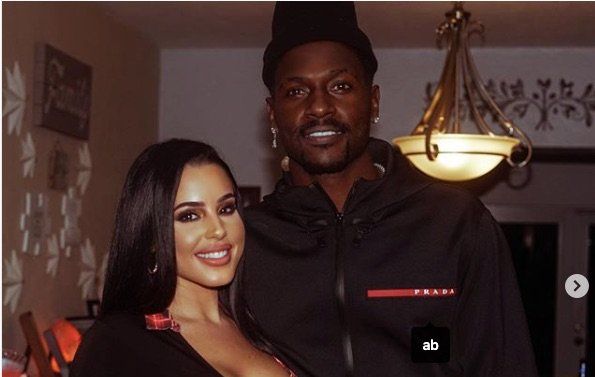 Stephanie Acevedo is one of the promising models, singers, and actresses from Miami, USA. She has achieved fame through modeling and music videos. However, Acevedo is widely known for her Young Money Music label. Besides, she has worked with Lil Wayne as a backup vocalist. The promising singer is also known as Lil Wayne’s side chick and footballer Antonio Brown’s short-time girlfriend.

Stephanie Acevedo and Antonio Brown were spotted in a public place in late 2019 when the wide receiver was separated from his longtime girlfriend, Kyriss. Brown and Acevedo were first seen at a New York eve party. But they broke up in March 2020 when Brown was thinking of getting back to his baby mamma Chelsie Kyriss.

Antonio Brown’s career at a glance in NFL

Brown started his NFL career in 2010 with the Pittsburgh Steelers. Further, in his first season with the Steelers, Brown played in Super Bowl XLV but lost to the Green Bay Packers. He completed the rookie season with 16 receptions for 167 yards. He played eight seasons with the Steelers and achieved numerous records, such as leading the league in receptions for three tears in 2014, 2015, and 2017. Besides, Brown also played 7 Pro Bowl and also achieved NFL receiving touchdowns leader award with the team.

Later, Antonio played with New England Patriots and Buccaneers. But he achieved the greatest success with the Buccaneers as he won the Super Bowl LV with the team. Currently, Antonio Brown signed a contract extension with Tampa Bay and will join the team for the 2021-2022 NFL season.