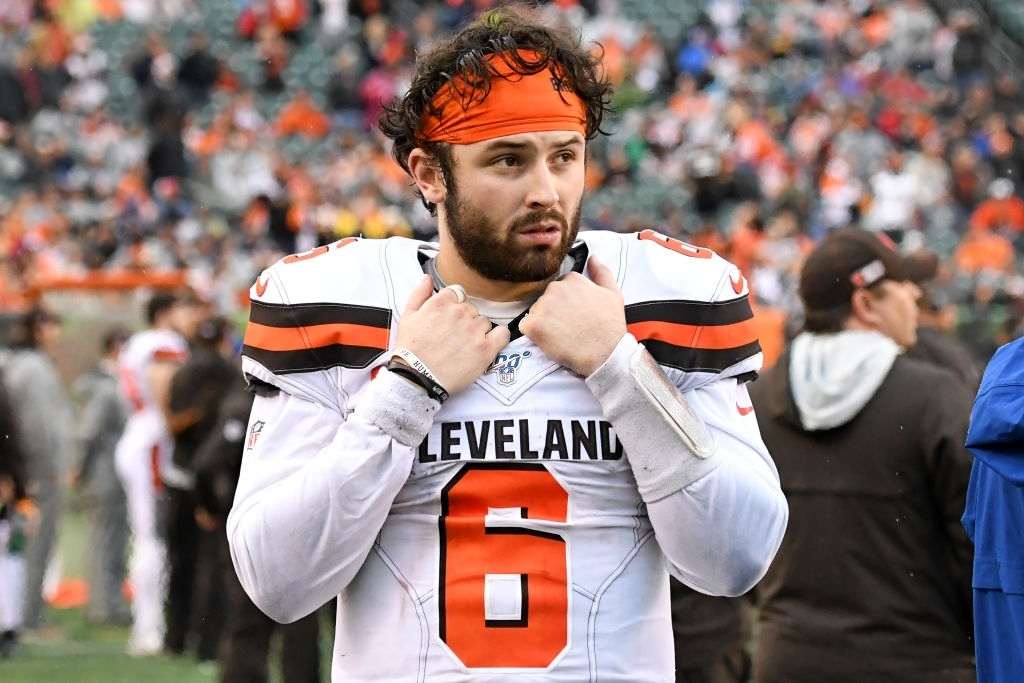 The quarterback position-holder of ‘Cleveland Browns’, Baker Mayfield is quite a consistent performer. The 26-year old American footballer of the National Football League (NFL) has been deemed as a successful player by fans and media.

Unlike numerous successful personalities, Mayfield’s off-field rumors are hard to find. That is because he is not surrounded by any such clichés of what we might call the perks of a ‘star-studded-life’. Quite focused towards brushing up his on-field excellence, Baker has not been associated in multiple relationships in his life.

The only love of his life, ‘Emily Wilkinson’, has turned out to be his better-half as they swore their oaths and tied the knots a couple of years back. 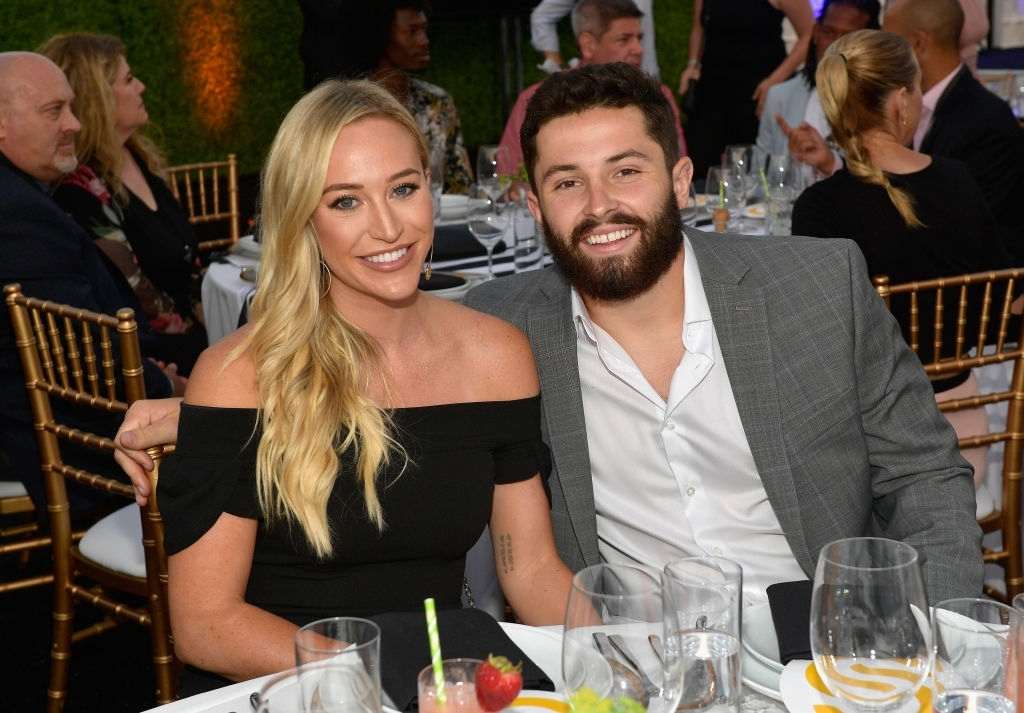 Emily Wilkinson is an Instagram model hailing from Nebraska, USA. She is known to have been married to Baker Mayfield since 2019. The couple actively shares their pictures on social media. There is no doubt about their love being passionate and intimate after witnessing several such posts of togetherness. Let us delve into some intricately detailed facts and lesser known stuff about Emily.

Sammy happens to be the first to have hit the limelight in the family. Being a famous singer and songwriter he is also an internet sensation who has achieved immense popularity through online Vine’s videos. Annie Wilkinson is a podcaster whereas the other sibling Benny is a fitness trainer.

Born on 4th of April in the year 1991, Emily Wilkinson is currently 29 years old. She belongs to the sun sign Aries and is quite true to the sign’s attributes. Emily is smart, honest and courageous all at the same time.

Emily possesses long blonde hair and a pair of vibrant blue colored eyes. A model and stylist by passion and profession, she always prefers to stay at the best of her physique and health. This is abided by a regular routine of workouts and diet plans of strict nature.

Soon after the completion of her graduation course, Emily Wilkinson landed up in the job of a bartender in Barry’s Bar and Grill. In the year 2017, she joined a plastic surgery clinic named Galanis Plastic Surgery Unit situated in Beverly Hills, Los Angeles as a patient coordinator.

Following her resignation from the job of a patient coordinator, Emily engaged herself into working as a professional Instagram model. Her account is well utilized with a variance of posts on different topics. The topics range from beauty tips to health awareness which she handles all by herself. Moreover she has a fine range of around 223k followers.

In addition to Instagram modelling, Emily appears in different advertisements of various products. She is also involved in modelling of apparels with numerous top brands. Emily’s modelling career also took off due to partnerships with professional stylists such as Cassie Baker, Esha Dhan and Kakki Jones to name a few. These stylists have made appearances on Emily’s Instagram page as well. 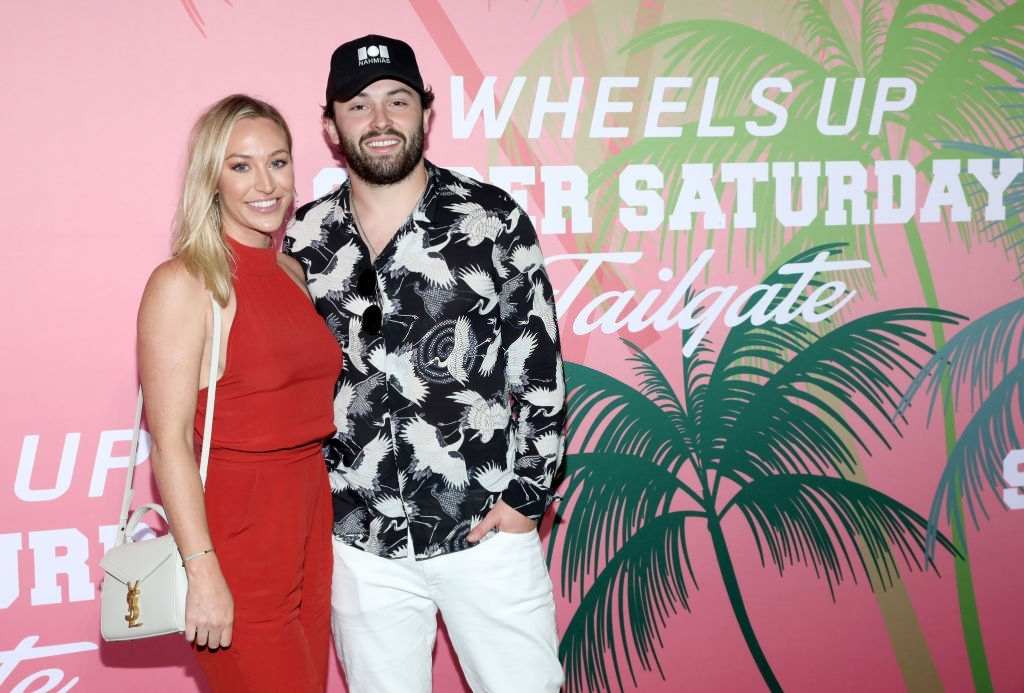 Baker and Emily met each other in the year 2017 coincidentally enough through a mutual friend. Rumour has it, that Emily was initially at the least of her interests towards Baker Mayfield. Well, her thought was not something to be ignored either. She apparently felt that he would be just another playboy sort of a football player. Consequently Baker was supposedly in his love world right at the first sight of Emily. He is also said to have used social media tactics of following Emily and then unfollowing her account in order to gain attention.

Right before his last college football match in Rose Bowl, during the later 2017, Emily finally agreed to a date with Baker. Their date changed Emily’s perception of Baker as he proved to be absolutely opposite of her assumptions. Following this moment, the couple took things forward and thus it was the inception of their dating period. Moreover, as Emily was also working in Los Angeles at that time, Baker moved in and the couple started living together.

After living together for a period of around six months, Emily and Baker decided to take it up a notch and the couple got engaged in the month of June on 2018.  Emily’s Instagram post consisted of the official announcement of their engagement where she wrote, “I get to be this guy’s WIFE! Best day of my life, I love you fiancé!!!!!!”

A year long period after their engagement, finally made the couple to get the remaining duties done. Baker and Emily exchanged vows and got hitched on 6th of July in the year 2019.

They conducted a beautiful wedding having chosen a massive venue which is the Calamigos Ranch in Malibu, California. There were around 350 guests including friends and family and it was an outdoor wedding with typical vintage-inspiration.

Emily is a former patient coordinator and currently a popular social media model and stylist. As of current statistics, she is assumed to have accumulated a net worth of around $1 million till now. She draws quite a decent salary under her name of around $300k.

In July, 2020 the couple celebrated their first anniversary and this year they are looking forward to the second. Both Baker’s and Emily’s Instagram handles have enough posts of their togetherness and their love and affection towards each other. It is by far one of the happiest couples in NFL. Their current residence is situated in Cleveland, Ohio and the couple resides in a luxurious house.

As part of a match, Baker and Emily made a donation of $50,000 to the Greater Cleveland Food Bank. This charitable donation helped towards provision of around 1.2 million meals for needy families. Additionally, Baker makes charitable donations on various occasions to a number of organizations.

Baker Mayfield’s wife, Emily Wilkinson: How Emily is benefitted after her marriage with Baker

The major benefit for Emily as it seems and also is rumored, is the net worth of her husband. Baker Mayfield is calculated by sources to approximately possess a worth of around $12 million.

As much benefit as Baker gets financially from his signing bonus and average annual salary, his net worth also increases in other activities. These activities include endorsements with majorly top brand such as BodyArmor, Hulu, Progressive, etc. All this amounts to millions more.

So technically, the couple has a massive flow of financial wellness and stability. In comparison between the net worth of Baker and Emily individually, we can definitely assume that it showcases out and out benefit for Emily from Baker.

Baker Mayfield’s career at a glance 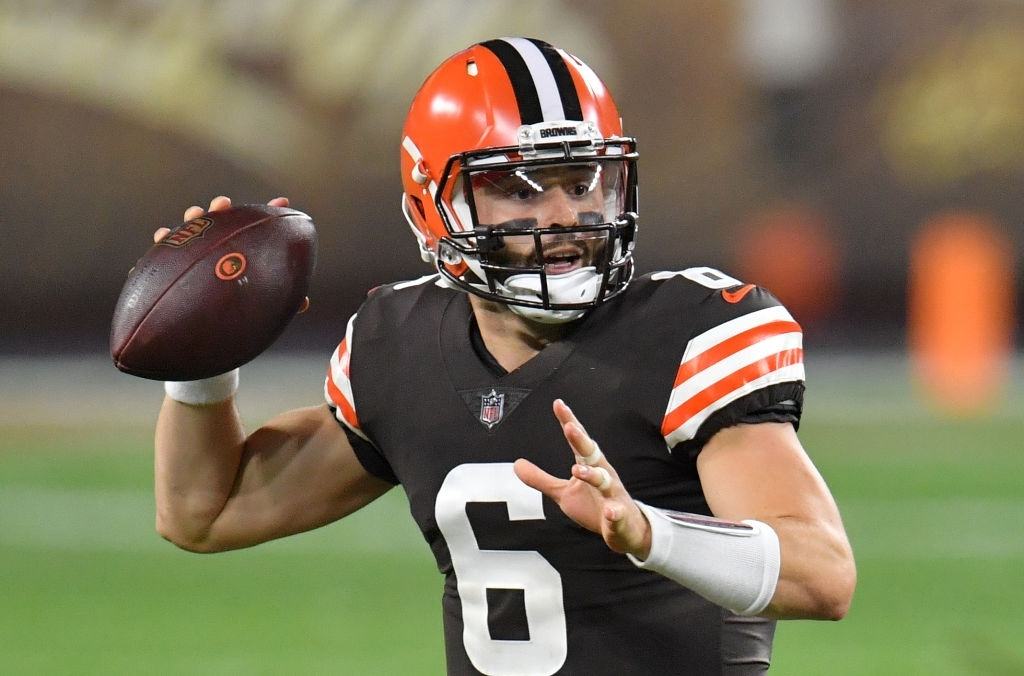 Baker Mayfield has maintained a consistently active career statistics. He started out right from school journeying through his college days to end up at the NFL.

He used to play for the team Lake Travis of the Travis High School. In two seasons, Baker led the team to a 25 -2 record. They also won the 4A State Championship held in the year 2011. Mayfield’s high school career stats have been recorded as 8 interceptions, 6255 passing yards and 67 touchdowns.

Baker has also played college football for a whooping period of 5 seasons for the teams Texas Tech and Oklahoma Sooners. He has finished his college football career with consistent statistics.

In the year 2018, being the player who was most sought after, Cleveland Browns selected Baker right in the first round. On 4th of July, 2018, he signed a 4-year contract with the team. The deal was woth$32.68 million in guaranteed salary.

Baker Mayfield goes on to remain one of the consistent and successful performers of NFL till date.