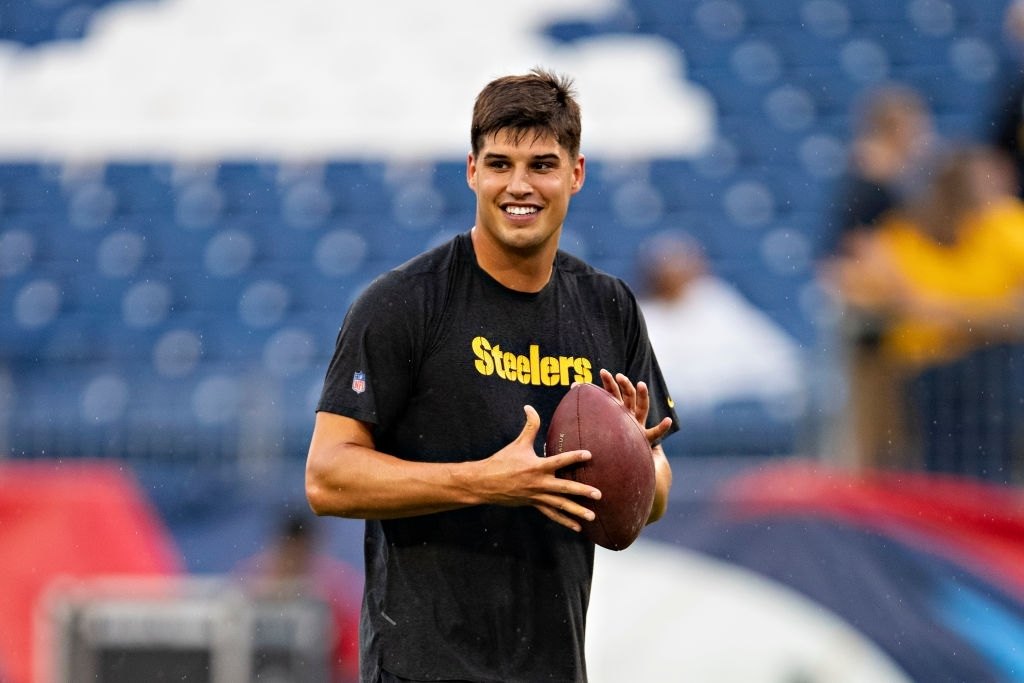 Mason Rudolph is an American footballer of the National Football League (NFL). He plays as a quarterback for the team Pittsburgh Steelers. As per analysis, Mason is thought to be a great quarterback prospect, keeping in mind his age and performance improvements.

It is not certain as to whether the 25 year old footballer has previously been involved with any lady ever. Regardless of his on-field fame, his name has not yet been associated with any sort of scandal or rumor. The only know truth about Mason’s love life is his present girlfriend, Eugenie Bouchard. 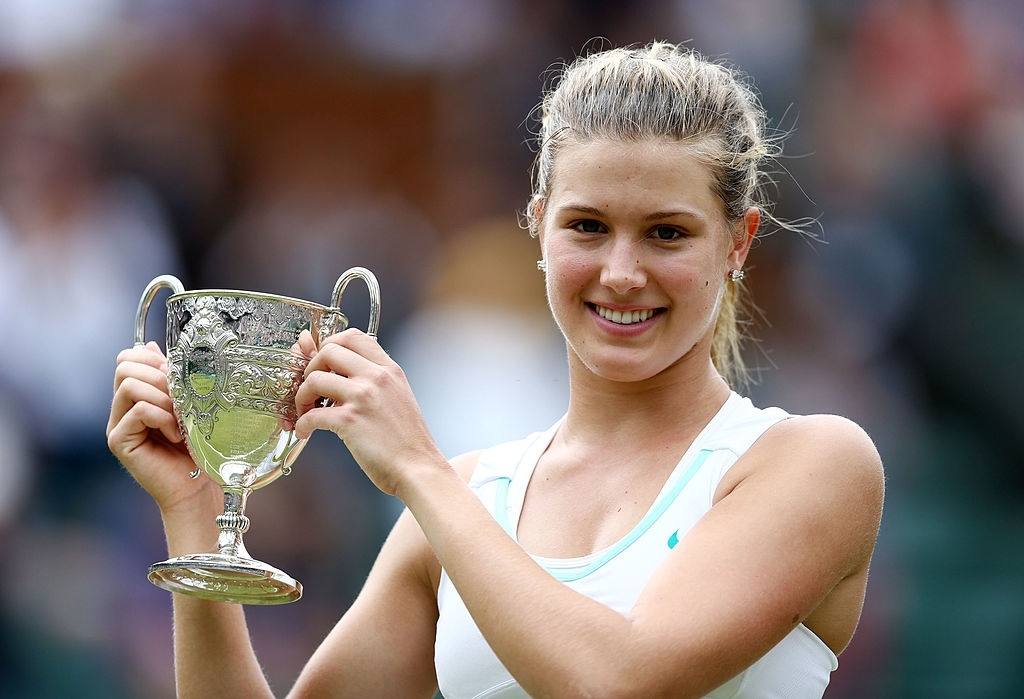 Eugenie Bouchard is a tennis player hailing from Montreal, Canada. She is the first female tennis player from Canada to have achieved a rank amongst the top 5 in Singles. They individually confirmed that they have been dating for some time now. Their social media posts are a clear picture of the passionate romance that is cooking up between the couple.

Nickname: Genie, The Chosen One (given by siblings), The Mighty Bouch

Eugenie was born to parents Michel Bouchard and Julie Leclair in Montreal, Canada. Apparently, she is named after the Princess of York. At a very tender age of five years, Eugenie started to play tennis.

She attended The Study School in Westmount. Sources suggest that she was an impeccable student especially in Science and Mathematics. Becoming a physician was also a career option Eugenie had considered at one point of life.

At the age of twelve years, Eugenie moved to Florida with her mother. Here, good fortune struck upon her and she landed up being a student under the training of coach, Nick Saviano. It was during this time that Eugenie was named ‘the chosen one’ by her siblings.

From her early years of playing tennis Eugenie proved herself to be a prospective professional tennis player in future. 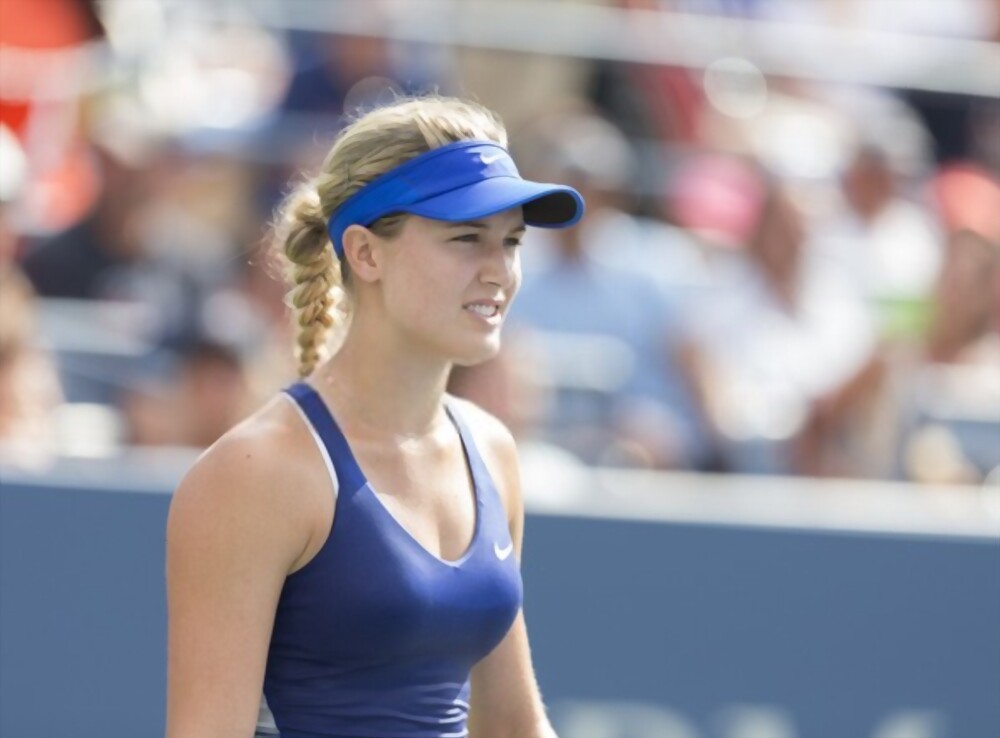 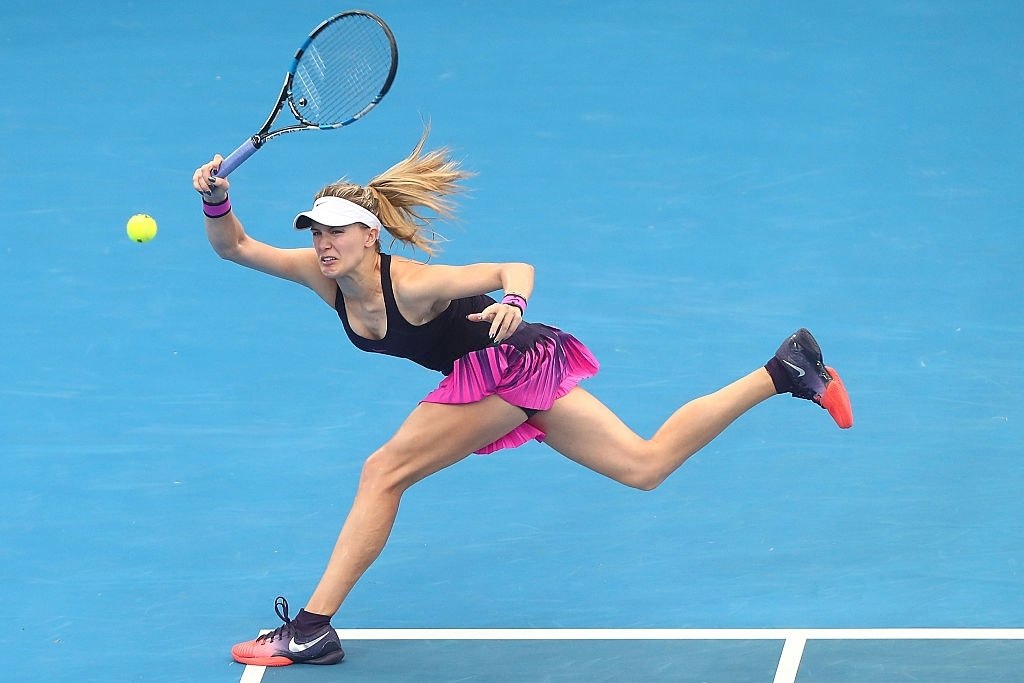 Eugenie Bouchard is what we may call a human with the Almighty’s gift. Having started to play tennis at a very young age of five, she showcased great progress in both academics and sports. Her shift to Florida with her mother and getting trained under Nick Saviano worked wonders for the already progressing Eugenie.

Representing Canada in the worldwide tennis tournaments, Eugenie justified her participation to the core. She successfully climbed up the rank ladder in the junior category. In 2012, her victory in the Wimbeldon Girls’ Singles Championship ascended her up to a whooping second position in the world rank table. In 2014, Eugenie moved up to the semi finals in three Grand Slams. It made her become the first Canadian female tennis player to secure a rank amidst the top five. 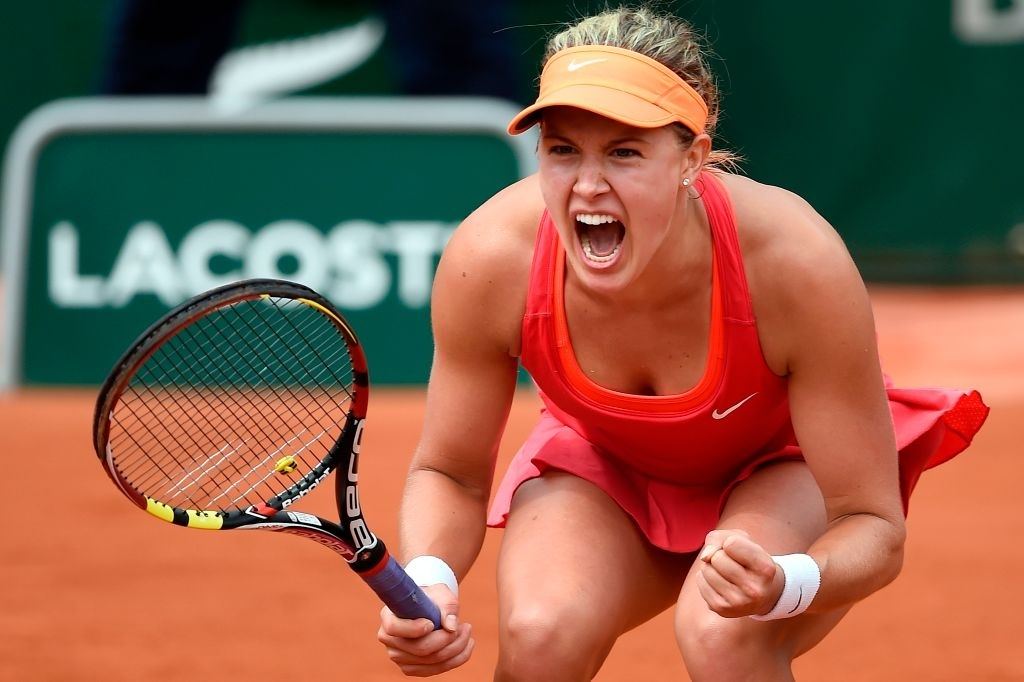 As a sports personality, injuries are a part and parcel of the field. Eugenie was also a prey to such injuries that led to deterioration in her form for some time. Excessive struggle and diligent practice with the only goal to get back to form brought Eugenie back into the US Open in 2018. Her rejuvenated state of mind frame helped her work her way up to three qualifying rounds.  As a first time in three years, she stood victorious in a main draw match in New York.

Overall Eugenie’s performance and dedication gives us the impression of her career being well managed and pretty successful.

On the 14th of February, 2021 an Instagram post of Mason Rudolph with Eugenie, went public. The photograph was captioned as “My Valentine”.

The picture had been clicked on a beach in the Cabo San Lucas, Mexico. This led to a buzz amongst fans in social media who had been assuming something cooking up between the couple. This speculation started back in October, 2020 when Eugenie uploaded a picture of her at a Pittsburgh bar and it was liked by Mason.

not complaining, but i feel like quarantine would be a lot more fun with a boyfriend

Alongside, right during the year 2020, Eugenie tweeted stating that the period of social distancing would be ‘lot more fun with a boyfriend’. Following this she was spotted in a restaurant with Mason Rudolph and they officially announced themselves dating each other on this year’s Valentines’ day. 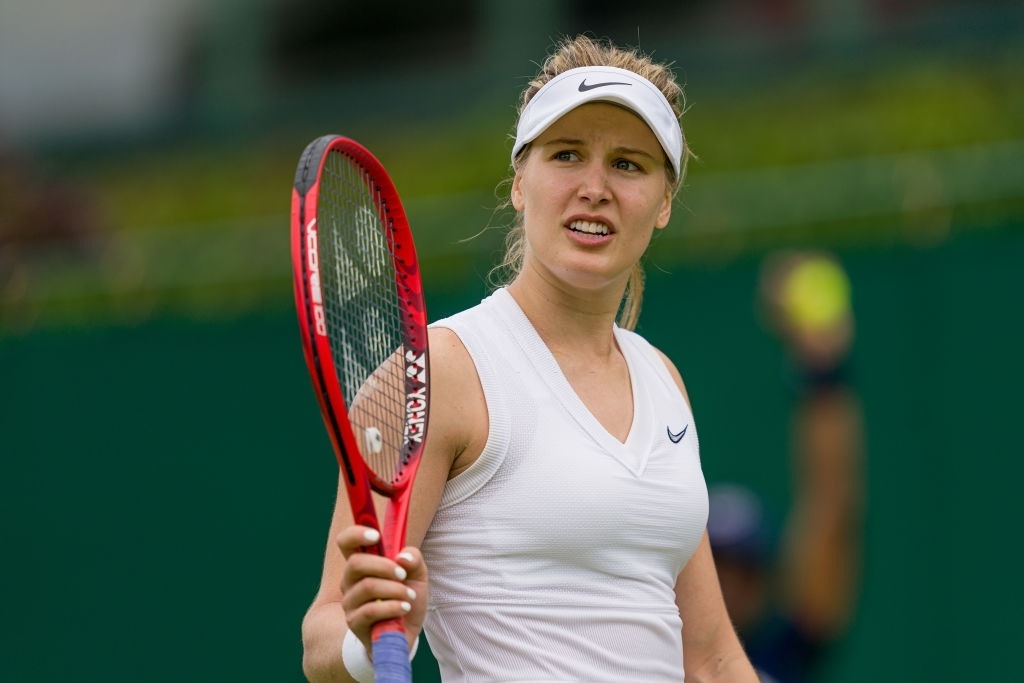 The summation of Eugenie’s career prize money goes up to US$6,635,127. She earned $6.2 million in the year 2016, thereby reserving a place in the top ten highest-paid female athletes. As of recent sources, Eugenie signed an endorsement contract with Yonex. In 2021 she signed a clothing endorsement with the company New Balance. Currently Eugenie’s estimated worth add up to $6 million.

Bouchard has been involved in charity work much notably. She is much actively associated with Aviva Community Fund, Cancer for College, Cancer Research Society and the USANA True Health Foundation.

Mason Rudolph’s career at a glance 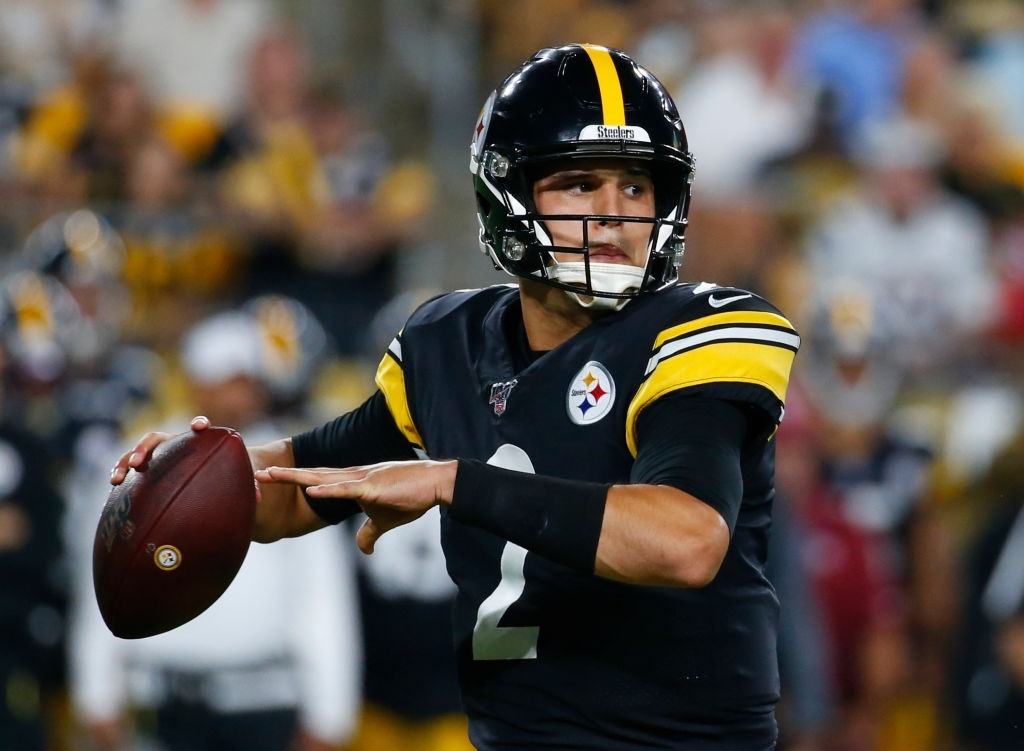 Mason Rudolph proved himself to be a huge prospect in his playing during the college years. He used to play for Oklahoma State. During the NFL Draft of 2018, Mason was selected by the Pittsburgh Steelers in the third round. He signed a $3.92 million rookie contract with the Steelers for four years.

After being a substitute for relief of Ben Rothlisberger in a match with Seattle Seahawks, Mason showed an exceptional performance. Following that, he was chosen as the starting quarterback of the Steelers. His performance is still looked upon as to offer great future prospect.