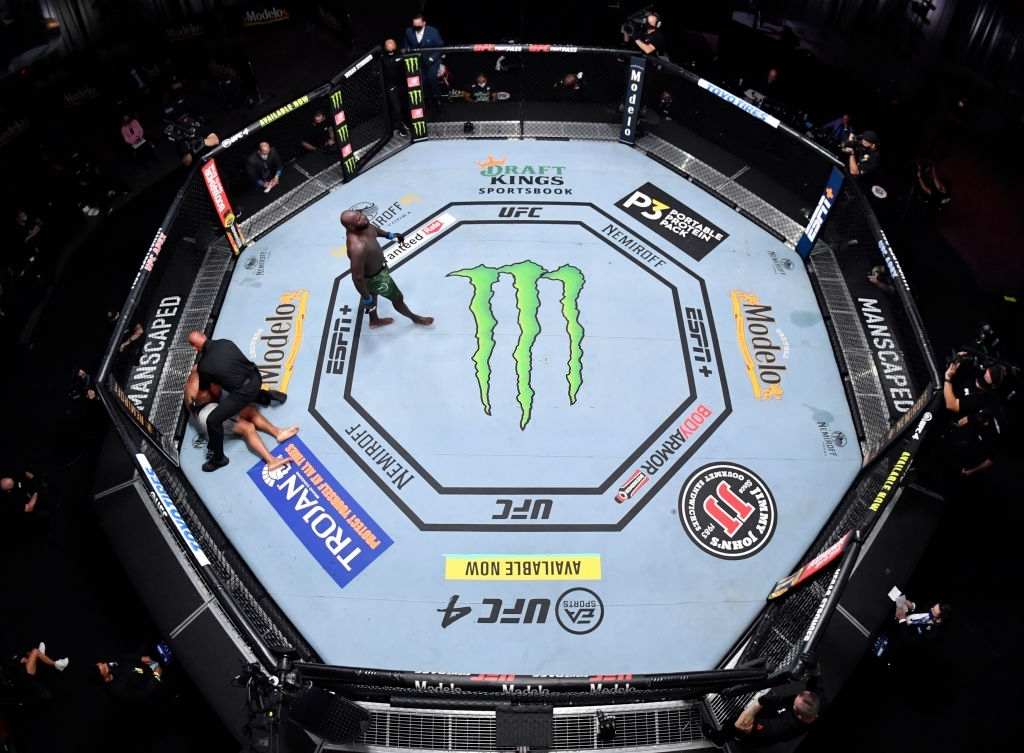 You might have experienced brutal bloodied UFC fights! But, have you ever got to see quickest UFC knockouts? The answer could be no for some of the fans because it happens only once in a while.

However, the action inside the Octagon is intense, always whether it finishes in 5 rounds or a single round. Knockouts are the wildest way to finish a UFC bout, but people usually don’t want to see a fight ends in a few seconds. But you would love to re-watch knockouts over and over.

So I have counted the list for quickest UFC knockouts in heavyweight, which will tempt you to watch again.

Buentello vs Arlovski fight is the fastest ufc heavyweight knockout! Right after the bout started, both of them threw punches. However, Buentello’s one reached first on Arlovski’s face. That was escalated so quickly that no one could understand what had happened. Arlovski falls on Buentello. Then, Buentello dives right away for a takedown. But, after 15 seconds referee stopped the fight as Arlovski looked dazed and confused.

If the Referee did not stop the fight at that moment, it could have been brutal. Arlovski did stand up on his feet; he was dazed. That knockout punch from Buentello to the jaw knocked Arlovski instantly. That punch is considered one of the best UFC knockout punches. 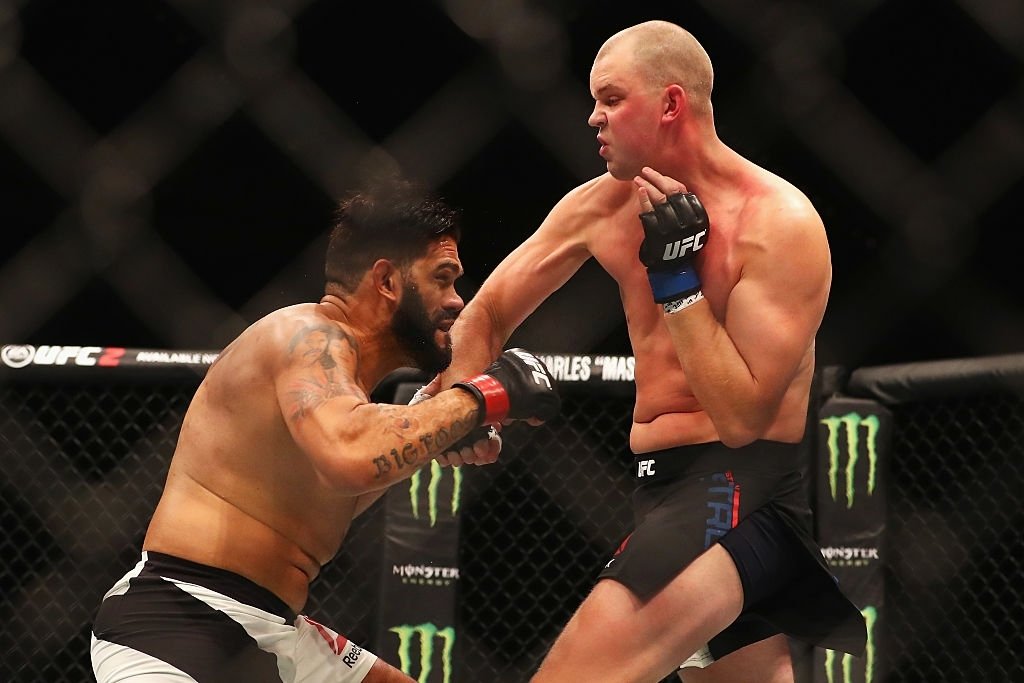 The fight was a co-main event of UFC Fight Night 87 in the Netherlands. Silva charged quickly as the fight started; however, he was clipped by Struve’s right hand. Right after that, Struve landed a knee to Silva’s left chest that takes Silva down. He was nonresponsive by then, but Struve still landed a few elbows.

Silva’s unconsciousness caught the Referee’s eye, and he stopped the bout in 16 seconds of the first round. Stefan Struve became the 4th fastest knockout winner in heavyweight. Later he won the performance of the night award. 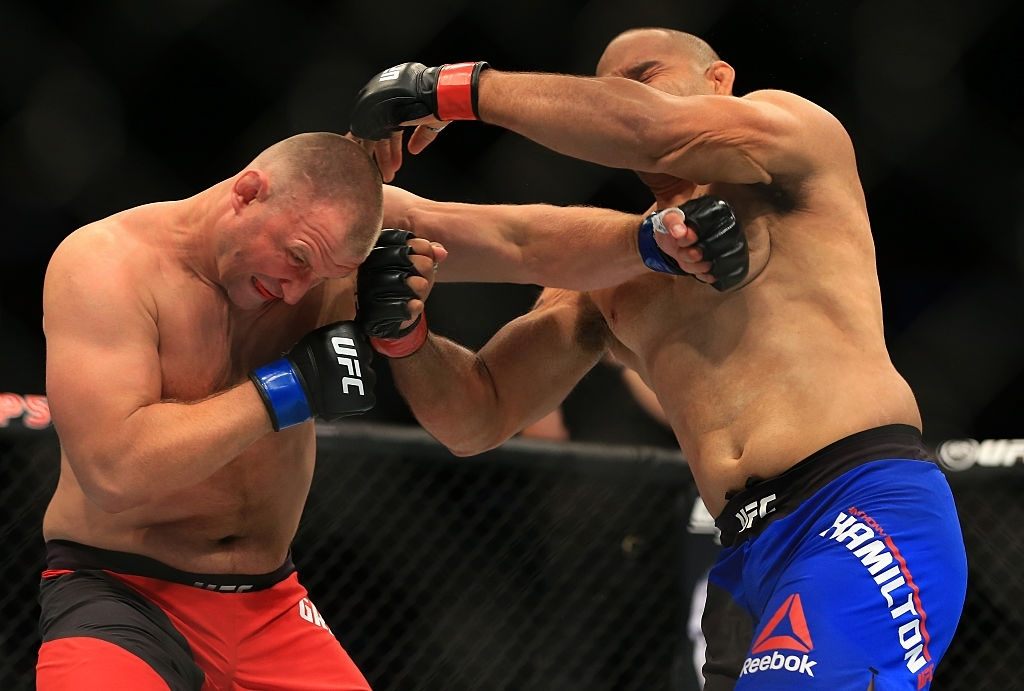 The bout between Hamilton and Grabowski was a part of the preliminary card of UFC 201, which took at Philips Arena in Atlanta. Hamilton was acted insanely in that fight. He did not waste too much time to knockout Grabowski! Anthony Hamilton proved his power by smashing Grabowski with a few heavy punches right after the fight begins.

After the first punch, Grabowski was reeling, and Hamilton went forward and then landed a few more shots while Grabowski was stuck against the case. Grabowski collapsed to the ground, and Hamilton kept landing punches. Then it was called off at 0:14 seconds of round 1. It was one of the brutal UFC knockouts. 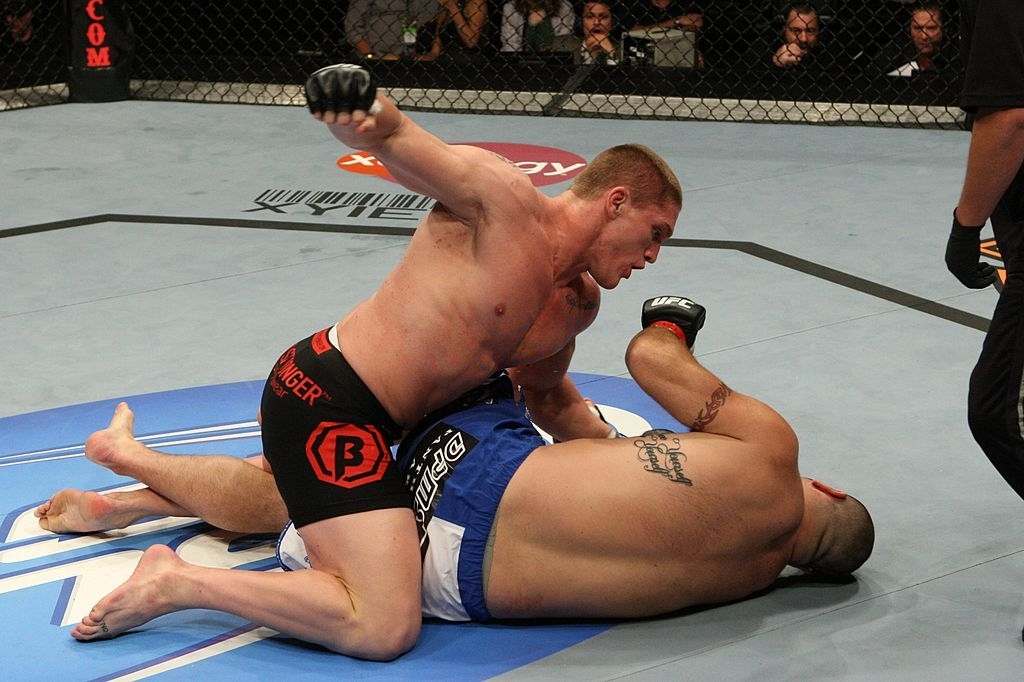 Aleksei Oleinik and Walt Harris faced each other on UFC on ESPN 4 on July 20, 2019, at Texas. The fight finished in only 12 seconds. Whoever blinked their eyes in 11 seconds, they probably couldn’t see the knockout.

Harris was much faster than Oleinik. Harris went offensive as soon as Oleinik switched his stances briefly. That switch could be the biggest nightmare for Aleksei Oleinik that might hunt him till his death. Harris knocked down Oleinik with a big flying knee. That flying sent Oleinik to sleep immediately.

It was unbelievable for the commentators as they lost their words and said, “Oh my goodness”! The next thing we knew, Hague was unconscious, and Hague was moving around. That is the fastest UFC knockouts in the heavyweight category so far.

Watching the quickest UFC knockouts are once in a lifetime experience and eye-soothing. I have tried you to give you an eye-soothing feel throughout this article in case you have missed any of these live fights or maybe forgot.

5 fastest UFC knockouts in lightweight
Khabib vs Jon Jones: Who is the GOAT?