Raptors vs Nets game 3 review: Raptors are one win away from Conference Semifinals 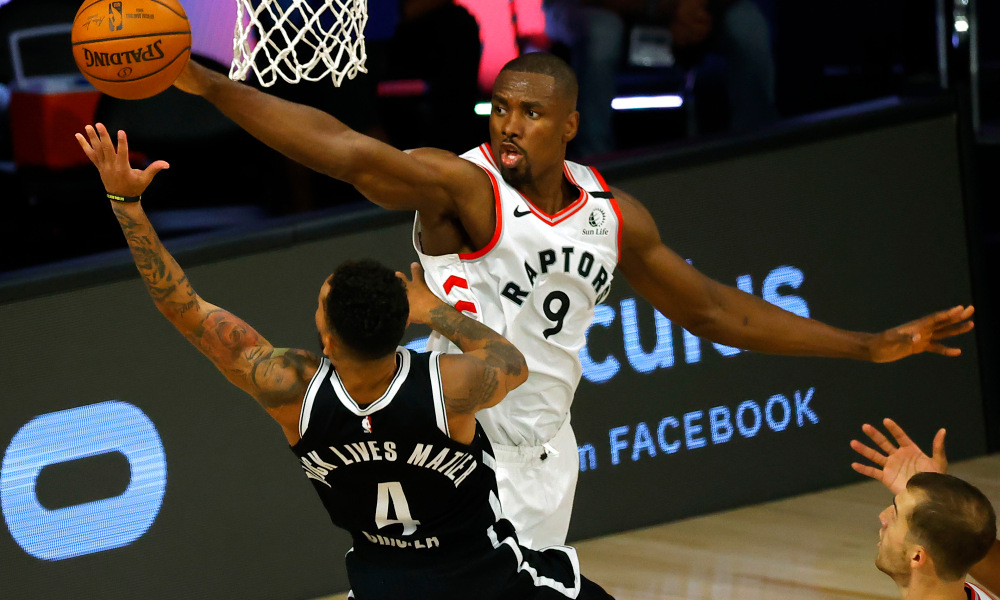 Toronto Raptors are in red hot form as they get the better of Brooklyn Nets in three games in a row now. The defending champions are just one victory away from entering their 5th consecutive conference semifinal. The first round fixture of Raptors vs Nets now looking one-sided with Raptors leading the charts 3-0.

Raptors looked determined from the first minute, starting the game with a three pointer. Nick Nurse’s men maintained a healthy lead throughout the game and never looked lacking in characters in the court. From offence to defense, Raptors were top-notch in every department.

Poetry by the Raptors pic.twitter.com/STO9DyxokX

Raptors started off quickly and finished the first quarter with 24-17 points. By the end of halftime, Raptors soon doubled down on the lead as the scoreboard showed 57-42 in Raptors’ favor after the second quarter. In this period, Raptors score 10 3-pointers that reflect their long-range shooting ability.

Nets tried their heart out to reduce the margin in the third quarter. At one point they lowered the gap to 8 points. However Raptors soon took charge as Pascal Siakam scored back-to-back triples to maintain a safe lead. The lanky Cameroonian yet had another note-worthy performance with  points and  rebounds to his name. End of Q3, it was 84-68 for Raptors.

In the fourth and final quarter, it was a one-way contest as Brooklyn Nets slowly disappeared from the game with several offensive errors and missed passes. Raptors vs Nets 3rd game of the series finished with a 117-88 scoreline.

Raptors play every game as a team not depending on individual brilliance. The chemistry they have as a group is worthy of praise. They have superb squad depth as their bench players can also make a difference which was seen in today’s game. The bench players secured 47 points today.

After this match, only a miracle can save the Nets from elimination. Raptors dominated the first round of NBA playoffs and are the rightful owners of 3-0 lead. If they can continue this performance, they will be among the favorites to win the NBA Championship once again.

NBA Playoffs first round standings as of now

Jazz vs Nuggets: Series tied at 1-1

Mavericks vs Clippers: Series tied at 1-1

Magic vs Bucks: Series tied at 1-1