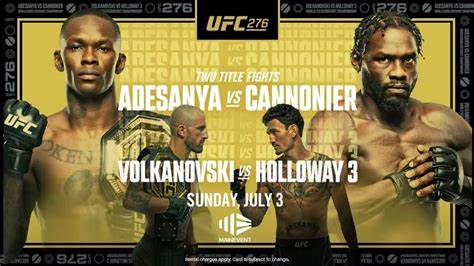 UFC 276 was one of the most stacked cards of the year. Scheduled on international fight week, the fight card featured two title fights, as well as some blockbuster fights amongst both veterans and newbies. Although in recent events the UFC has been handing out an unprecedented number of bonuses, this week it was different as the number of spectacular performances dwelled down quite a bit.

But despite the low rate of finishes, there were some stand-out performances nonetheless! Although many were expecting the champions to run away with bonuses, the relative newcomers made the most noise:

Performance of the Night Bonuses: 3

Despite being one of the top kick-boxers in the world, Alex Pereira is a relative newcomer to the world of MMA. With only six previous fights under his belt, Pereira was set to fight against number 4 UFC Middleweight Sean Strickland for a de-facto number one contender fight for the title.

Pereira, who has gotten a lot of focus for being the only person to have knocked out current champion Israel Adesanya twice, came into the fight unranked. But with a spectacular knockout finish in the first round, the Brazilian showed why he will be a menace to the rest of the division, and could potentially dethrone “The Last Stylebender”.

ALEX PEREIRA HAS DYNAMITE IN HIS LEFT HAND pic.twitter.com/g3icS9PcIH

Besides booking a potential fight against Adesanya, Pereira also landed a 50k bonus for his first-round finish.

Stoliarenko is a relative newcomer to the UFC. She was going up against Australian Jessica Rose-Clarke in the first fight of UFC 276. Although she went into the fight as the underdog, she delivered a devastating performance and picked up a win in just 42 seconds.

What a start to tonight’s card by Julija Stoliarenko 😳

Jessica-Rose Clark was left clutching her left arm in agony after her bantamweight rival pulled off a stunning armbar victory in less than a minute. The brutal ending to the fight handed Stoliarenko a 50k bonus as she scored one of the fastest finishes of the night. Later reports revealed that Clark’s arm had been broken. What a brutal way to end your 3-fight losing streak!

The unranked Jalin Turner took on 14th-ranked Lightweight contender Brad Ridell. Although not many were favoring the unranked American, the fight ended 45 seconds after “The Tarantula” tagged his opponent with his right hand followed by a left kick and applied a guillotine choke, forcing him to tap. The result comes as a huge shock as Ridell is considered one of the up-and-comers of the division, and is a part of City Kick Boxing- the famous gym that trains champions like Israel Adesanya and Alexander Volkanovski.

TURNER WASTED NO TIME GETTING THE SUB 😳 #UFC276 pic.twitter.com/1Dvyt0BA0S

Turner will be delighted with his performance as it landed him a 50k “Performance of the Night” bonus as well as a place in the top 15.

Lawler vs Barberena earn Fight of the Night

The Fight of The Night Bonus went to Robbie Lawler and Bryan Barberena as the two put on a spectacular show at the T-Mobile Arena Las Vegas. At the end of the fight, Barberena picked up a TKO victory over the former Welterweight champion in the final round, but they both put on a hard-hitting show for the fans to enjoy. Their dogged performance earned both of them a 50k bonus each for the “Fight of The Night”. 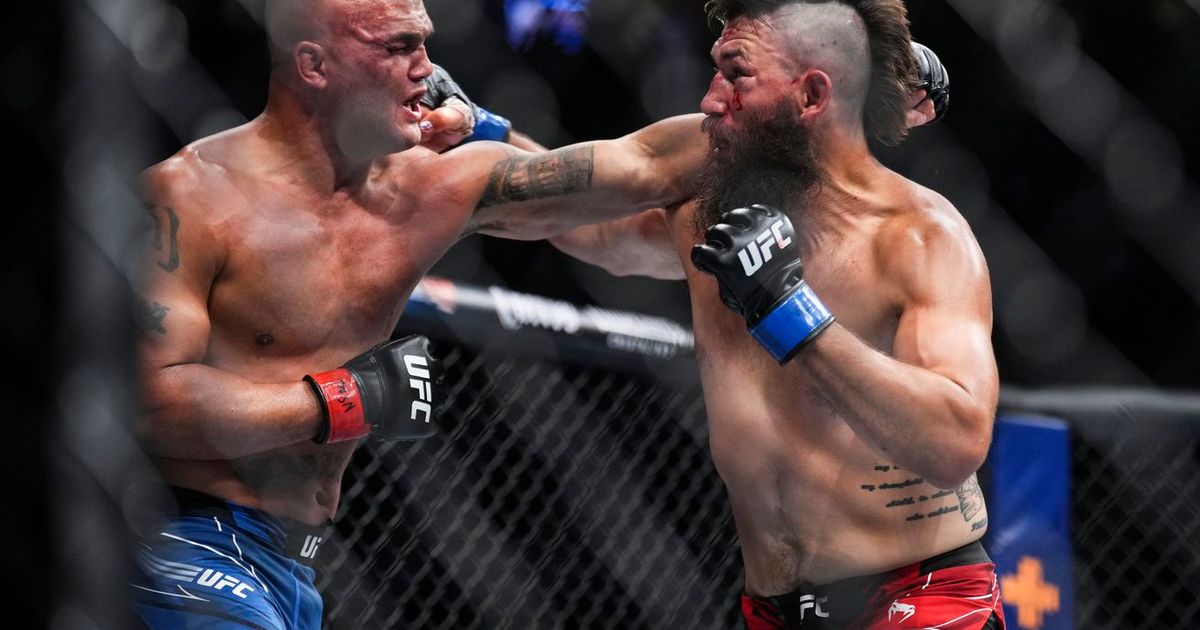