10 UFC fighters who came out of retirement 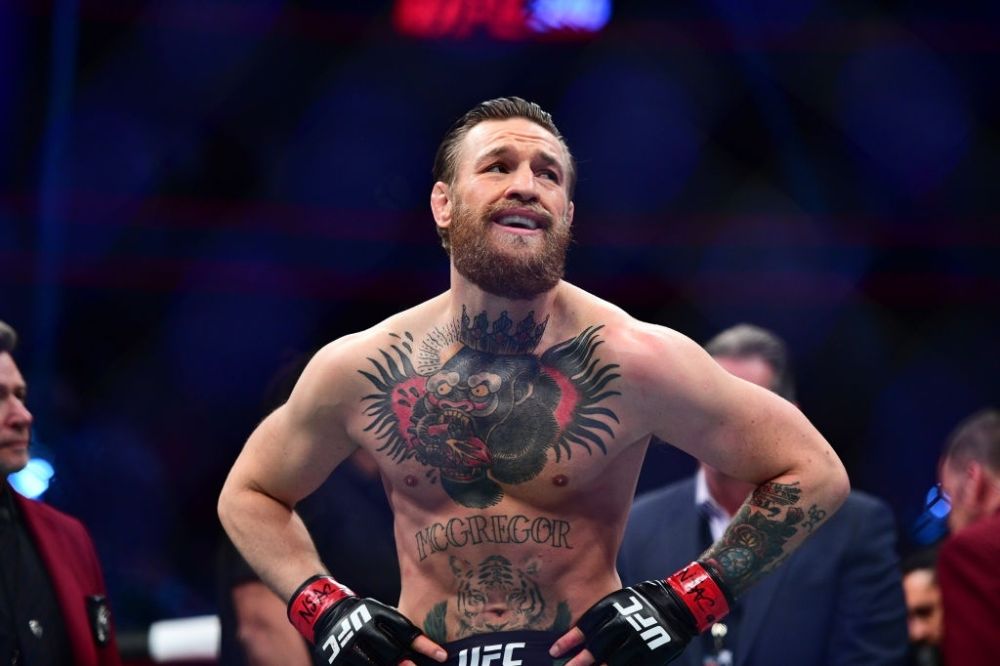 It is not common for the UFC fighters to play with their retirement, except for a few. However, some UFC fighters came out of retirement several times. And, few of them make the back and forth so frequent that their real announcement would be hard to believe. On the other hand, very few fighters also announced fake retirements for promotional purposes, such as Conor McGregor.

That being said, we made a retired UFC fighters list who came out of retirement and started their career again.

10 UFC Fighters Came Out of Retirement

Chuck Liddell is considered one of the first UFC superstar as he had a successful MMA career. However, a fight against Rich Franklin, which Liddell lost by a KO punches and cost him his Light Heavyweight. After that fight, Liddell announced his retirement.

But, Later, he felt he had some unfinished business left against his former rival Tito Ortiz and returned to the Octagon in 2018. However, he lost the bout. That was his last fight in UFC as well as in the MMA career.

53 years old Royce Gracie is a UFC Hall of Famer who was with the UFC from the starting of The Ultimate Fighting Championship. He won UFC 1, UFC 2, and UFC 4.

However, he signed the contract again with UFC in 2017 for a multi-fight. He was scheduled to fight against UFC Middleweight Champion Michael Bisping in the beginning or middle of 2017. But unfortunately, the bout was canceled. Later, the fight did take place in November of 2017, and GSP won that through a technical submission. Following that fight, he announced his final retirement on December 7, 2017.

Belfort is a former UFC Light Heavyweight Champion who is known for his explosive knockout power. He fought for the best during his young days. However, Belfort lost a UFC 224 bout on 12 May 2018 against Lyoto Machida and announced his retirement. But, he again wished to return to the fight in December 2018 and signed a contract with ONE Championship. It is not sure yet if he is going to join UFC again.

For most of his career, Miller was known for controversy. He had many ups and downs in his career that makes him leave and start his career a few times. He rejoined the UFC in 2011 and lost two back to back fights, which made him to retire. Besides, President Dana White also supported his retirement. However, it was only for four years as Miller came out of retirement. He is retired now for good.

Ortiz is a former Light Heavyweight Champion and one of the early stars in sports, who went into retirement two times. Ortiz announced his retirement after a loss in UFC 148 in 2012 against Forrest Griffin. However, it was brief, which lasted for about 2 years only.

He returned for Bellator 120 in 2014. Then again stopped fighting in 2017 and went into retirement. However, he came out of retirement again in 2018 and still continuing his career. He didn’t join UFC later.

UFC Hall of Fame Urijah Faber is considered a pioneer of lighter weight classes. Although Faber has fought 46 bouts in UFC and won 35 of them, he never won any major UFC title. He went for retirement at the end of 2016 after the bout against Brad Pickett at UFC on Fox 22 in his home town.

Faver returned again after almost 2.5 years to fight against Ricky Simon in 2019. He won that return fight and played one more in December 2019 but lost that. Till now, Faber has not announced any more retirement announcements.

Penn is one of the UFC fighters who came out of retirement several times. 41 years old, Penn already retired twice and still entering the Octagon. However, he might announce his next and final retirement soon, as Penn is struggling to get a win. The first retirement he announced in 2011 following a loss against Nate Diaz. However, it was not official. But he went into retirement or took some time off.

Next year, Rory MacDonald threw a challenge on Penn, and he accepted it. On December 8, 2012, they met at UFC on Fox 5, and it was a loss for BJ Penn. Then he fought against Frankie Edgar in 2014 and lost that too. After that bout, he announced his retirement again on a post-match press.

Then again, Penn changed his mind in January 2016 and wanted to fight UFC again for UFC’s featherweight division. Although he could not join a fight that year, he fought Yair Rodríguez at the beginning of 2017, which he lost by TKO. Moreover, he battled 3 more fights after that and failed to win any of them. Penn is still active.

If you want to name someone who is the master of multiple retirement announcements, McGregor is your man. Despite the fact that he is the king of knockouts, he plays the retirement drama so frequently that you will start to neglect his real retirement. Over the past few years, he announced retirement on several occasions.

Conor McGregor’s announced his first retirement on Twitter on April 19, 2016, as he did not want to travel to the USA for a rematch against Nate Diaz. However, UFC president Dana White managed him to come back.

I have decided to retire young.
Thanks for the cheese.
Catch ya's later.

Next, March 25, 2019, he tweeted again! He tweeted not to play anymore, which came 5 months after his loss against Khabib Nurmagomedov. However, it lasted for nine days only.

Hey guys quick announcement, I’ve decided to retire from the sport formally known as “Mixed Martial Art” today.
I wish all my old colleagues well going forward in competition.
I now join my former partners on this venture, already in retirement.
Proper Pina Coladas on me fellas!

The most recent one came on June 6, 2020. However, he is preparing for a fight against Dustin Poirier on January 23, 2020. So, Conor McGregor has not retired yet! I am not sure for how many times more we will have to see this.

Hey guys I’ve decided to retire from fighting.
Thank you all for the amazing memories! What a ride it’s been!
Here is a picture of myself and my mother in Las Vegas post one of my World title wins!
Pick the home of your dreams Mags I love you!
Whatever you desire it’s yours ❤️ pic.twitter.com/Dh4ijsZacZ

These 10 fighters were incredibly significant in the history of UFC. However, their decision to return from retirement did not work well for all. But they always urge to entertain their fans, maybe because of that come back to fight again and again.

I hope you enjoyed the list of UFC Fighters who came out of retirement for their fans.

Will Khabib change his mind about the retirement announcement?
5 fastest UFC knockouts in lightweight