Dustin Poirier Mocks Feud between Conor McGregor and Tony Ferguson, Slanders Both of Them as “Hoes” 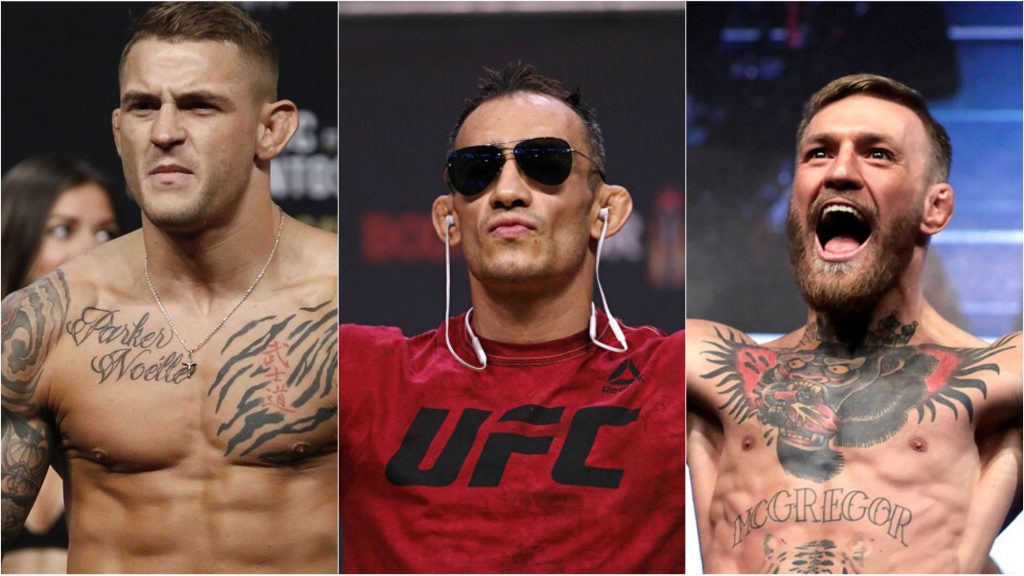 This jibe at the Notorious one and El Cucuy by Dustin comes after the former had brutally trolled a picture of Ferguson getting his chin kicked in by Micheal Chandler at UFC 274!

The Diamond retweeted McGregor’s tweet and called both him and Tony, “hoes”.

Poirier and McGregor have been feuding for a long time. They already had a trilogy of fights where Poirier won the last two, TKOing Conor both times!

Conor suffered consecutive losses and a devastating injury to Poirier!

Tony Ferguson and Dustin have also had rows in the past as both were prime lightweight contenders at the time. Most recently, Dustin expressed his interest to face the winner of Ferguson vs Chandler, But Tony Ferguson was not having any of it!

He was quoted saying “He’s full of shit,” “I’m gonna be real, he said he wanted to fight me many times, and I even gave him the opportunity, and someone gave him more money to be able to fight. The kid’s full of s**t,”.

Ferguson jibed at Poirier due to refusals of previous fight offers. Poirier refused them as he didn’t want to face the boogeyman, according to Tony Ferguson.

Dustin’s latest tweet shows that the animosity between the trio is still well and alive and this might even culminate in the fourth fight between McGregor and Poirier! Conor is desperate to avenge his losses against Dustin and even the score again!

But the question, of if that fight will ever materialize still remains! The future of Tony Ferguson is also up in the air after the brutal KO and the losing streak. Only time will tell if the “hoes” are done for or still have a future with the biggest MMA promotion in the world!