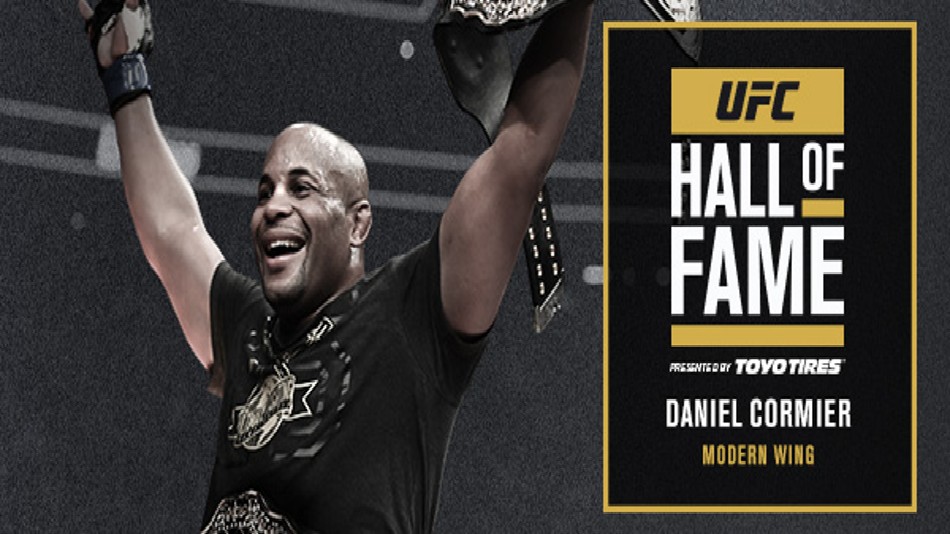 Daniel Cormier, a former UFC light heavyweight and heavyweight champion, was admitted into the UFC Hall of Fame as a part of the Class of 2022! The accomplished veteran tweeted out that he cried at the induction. He says that his parents are smiling down on him from above.

Cormier is inducted into the UFC Hall of Fame as a Modern Wing member. This wing for the hall of famers is for any fighter who started their pro career after the year 2000.

Daniel Cormier had a long and illustrious career in the UFC. By submitting Anthony “Rumble” Johnson in 2015, he won the light heavyweight belt, which he successfully retained against various challengers three times.

Cormier has a 22-3, 1 NC record in 26 professional MMA fights throughout the course of his 11-year career. Cormier fought in two weight classes: light heavyweight and heavyweight! He won and defended championships in both weight classes simultanously, only the fourth fighter in history to accomplish this feat!

But it was in strikeforce MMA that Cormier, who is an olympic level wrestler and a had appeared at the Olympics  for team USA, made his professional MMA debut!

Jon Jones had been Cormier’s toughest fight to date and their heated rivalry is still talked about today! Cormier lost to Jones twice, But one of the results was turned into a no contest as a result of a failed drugs test on Jones’s part!

It was not a surprise that Cormier got inducted into the hall of fame, as he has a brilliant record in and outside of the octagon! Cormier is currently employed at the UFC as a commentator.

As per Daniel Cormier’s tweet, he was overjoyed at the induction and cried tears of happiness!

Dustin Poirier Mocks Feud between Conor McGregor and Tony Ferguson, Slanders Both of Them as “Hoes”
‘’I’m Starving’’ Conor McGregor Pumped up to Return in Octagon after Witnessing UFC 274