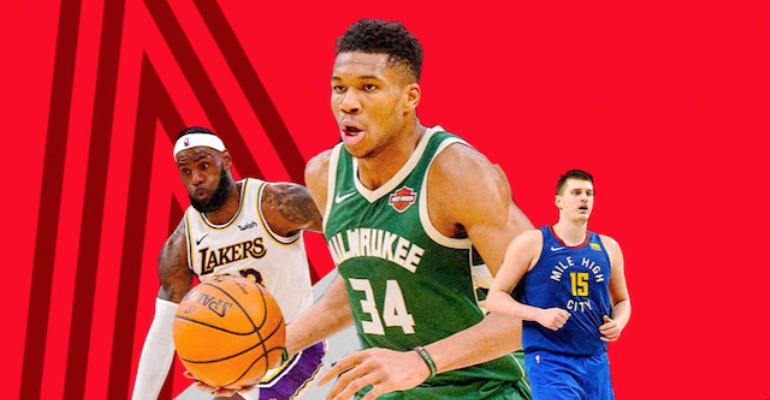 The NBA has announced that media voting shall decide award winners for the season 2019-20, to be conducted between July 21-28 before the season resumes. The pandemic has taken a toll on the normality that we were used to but for the first time, it’s been said that the awards will be announced not after but during the coverage of the play-offs. It would be interesting to see players showing off their greatest potential in court and even after the announcements being made. It is indeed going to be a great driving factor for the players to give in their all, keeping the fans at the edge of their seats.

Byron Spruell said the following while talking about the seeding games being excluded, “The decision to exclude seeding games from awards voting ensures a fair process in which players and coaches from all 30 NBA teams will have the same opportunity to be honored as top performers for the 2019-20 regular season”.

The awards are henceforth based on games played from the start of the regular season through March 11. A global panel of broadcasters and sportswriter will cast their votes, beginning today, for the following: NBA MVP, Rookie of the Year, Defensive Player of the Year, NBA MIP, NBA Sixth Man, Coach of the Year, All NBA Teams, All-Defensive Teams and NBA All-Rookie Teams.

The decision left an impact on Giannis Antekounmpo’s hopes of winning MVP, which would have otherwise added to his streak of winning back-to-back MVPs. All because of the season being suspended 4 months back due to the current pandemic, Zion Williamson who has played only 19 games up until now for this season, can no more expect to give it a push to his name for the top-rookie frontrunner. With what his team had to call as “an urgent family medical matter”, it’s doubtful to be expecting him on the night of the Pelicans meeting. Other statistical heads such as assists, steal titles and scoring, are expected to add up more unforeseen excitement to the race until the end of the seeding games in mid-August. Having won the scoring crown in at least three straight seasons, James Harden’s name is up in the list. Andre Drummond has a spot on the list for winning the rebound title. LeBron James has a stronghold over the title for a win in the highest number of assists. The coach of the year nominees won’t be adding up much to the title-winning award anymore, for better or worse with their future performance after the season resumes. Predictions by the majority are hopeful of Nick Nurse taking away this title, whereas Budenholzer is the next much talked about in this race.

The season is said to resume on July 30 onwards with the Utah Jazz facing the New Orleans Pelicans (6.30 p.m. ET) and the LA Clippers meeting the Los Angeles Lakers (9 p.m. ET) in a doubleheader on TNT.