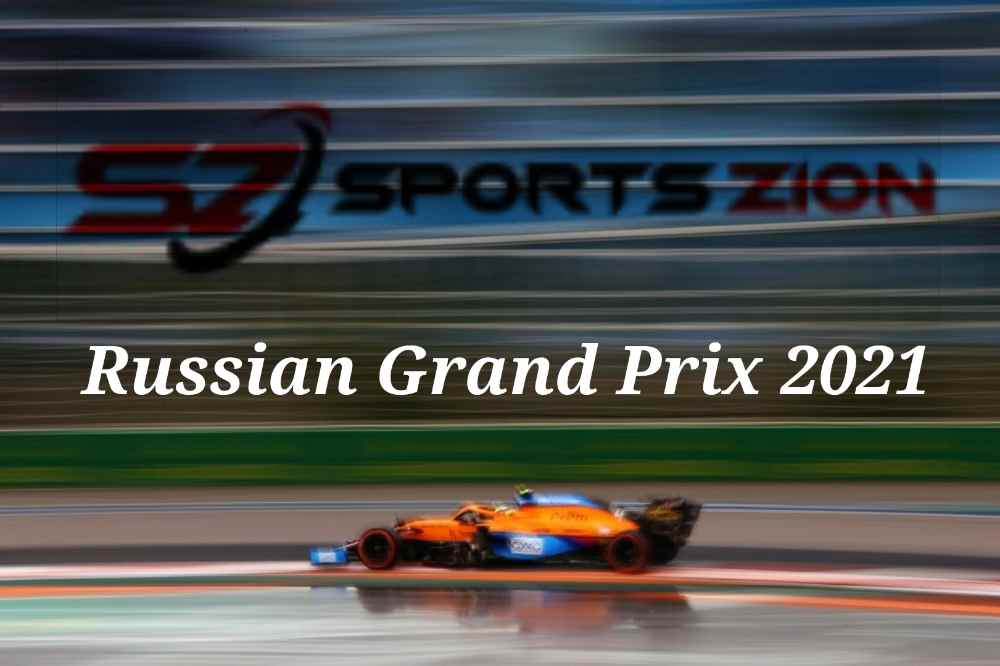 The all exciting 2021 season of Formula 1 is in Russia now for it’s 15th Round as Mercedes looks to increase their gap in the lead while Red Bull looks to cut it short.

It’s been a long time since we’ve witnessed such a tight and neck to neck competition between two arch rivas all throughout the season and Russia is about to unveil a new one. Max Verstappen just leads by 5 points over his championship rival Lewis Hamilton and the Dutchman looks to keep the lead.

It’ll be interesting to see how the race at Sochi turns out to be as the ultra fast cars on street circuits are always a treat to watch. Apart from Mercedes and Red Bull, McLaren also set to take everyone by surprise as they did in Monza two weeks back. 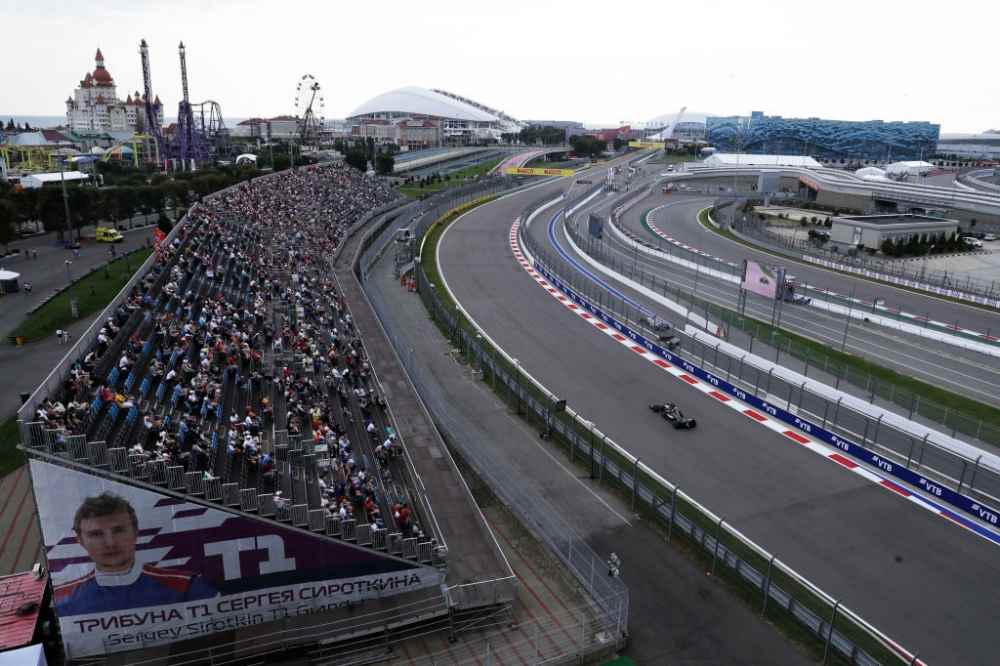 A general view of F1 Grand Prix of Russia at Sochi Autodrom on September 26, 2020 in Sochi, Russia. (Photo by Pavel Golovkin – Pool/Getty Images)

F1 fans in USA can tune into ESPN and ESPN Deportes to watch F1 2021 Russian Grand Prix and log into ESPN.com for online experience.

F1 fans in UK can tune into C4 and Sky Sports to enjoy the F1 2021 Russian Grand Prix and log into SkySports.com for online experience.

Grid Line-Up For The Race

This race would’ve been primarily a competition between Mercedes and Red Bull and Lewis Hamilton and Max Verstappen, had Max not been penalized by his conduct at Monza, Italy which gave him 4 place grid penalty. The former Alpha Tauri driver however changed his engine and took the Grid penalty and is set to start the race from the back now. Lewis, on the other hand had missed out on pole position and McLaren and Lando Norris played their finest card to win the pole here in Sochi and it’ll be interesting to see the Brit claim the Russian Grand Prix.

Our Prediction: Lando Norris, Lewis Hamilton and Carlos Sainz all in Podium.

The 5.853km (3.64-mile) street circuit has 18 turns as many of its corners are 90-degree turns. It’s most characteristic corner, turn four, is a 180-degree left-hand turn which drivers has to accelerate throughout.

Here are the winners of last three race winners at Sochi. 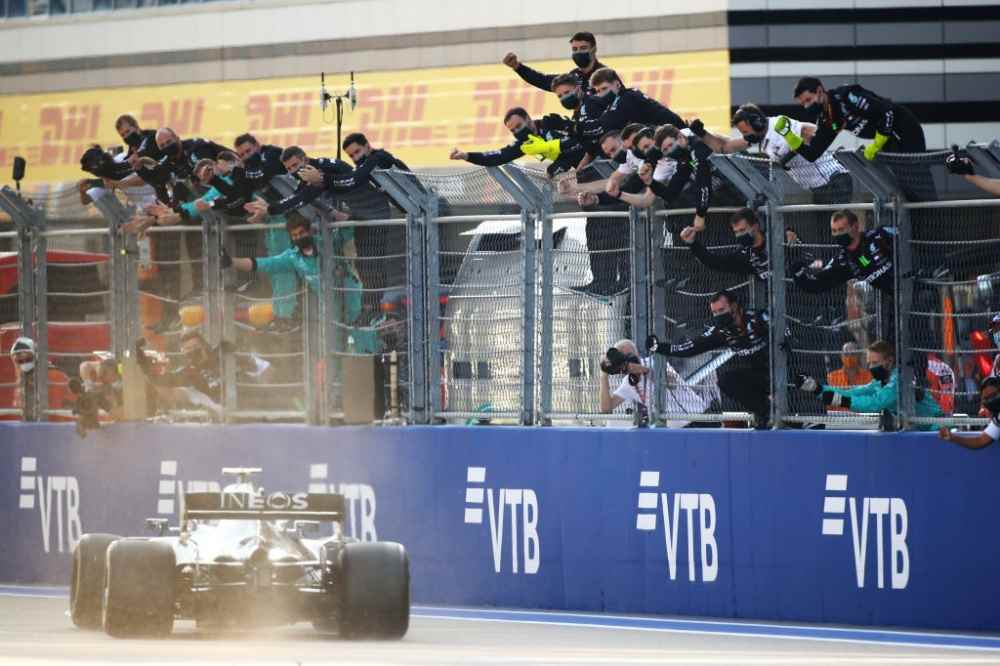 Valtteri Bottas of Finland driving the (77) Mercedes AMG Petronas F1 Team Mercedes W11 crosses the line to win the race during the F1 Grand Prix of Russia at Sochi Autodrom on September 27, 2020 in Sochi, Russia. (Photo by Bryn Lennon/Getty Images)

Drivers To Watch Out For

1. Lando Norris: With Max Verstappen taking in the Grid penalty, the Briton maximized his acceleration and took in what’s his first ever pole position in his formula 1 career. After finishing at P2 two week back in Monza, all eyes are on him to see if the 21-year-old can snatch a victory here.

2. Lewis Hamilton: Unlucky with his pit stop incident, the 7 times world champion just missed out on his pole position just by a whisker, even though he put on soft tyres but it was too little too late for Hamilton. However, it is expected of him to fight for the Podium places.

3. Max Verstappen: The Championship leader will start from the back of the pack after taking the grid penalty, but the Red Bull strategy and sheer driving skill of the Dutchman might see him in the podium places.

4. Carlos Sainz: The Spaniard starting the race from P2 in the Grid and there are high chances of him finishing in Podium places or even win the race and help Ferrari fight back at McLaren for P3 in Constructor’s Championship.

5. George Russell: The Bright Williams drivers who’s set to drive for Mercedes next year has excelled yet again in Sochi. Set to start from a brilliant P3 in here, this might well be the race to remember for the Briton. 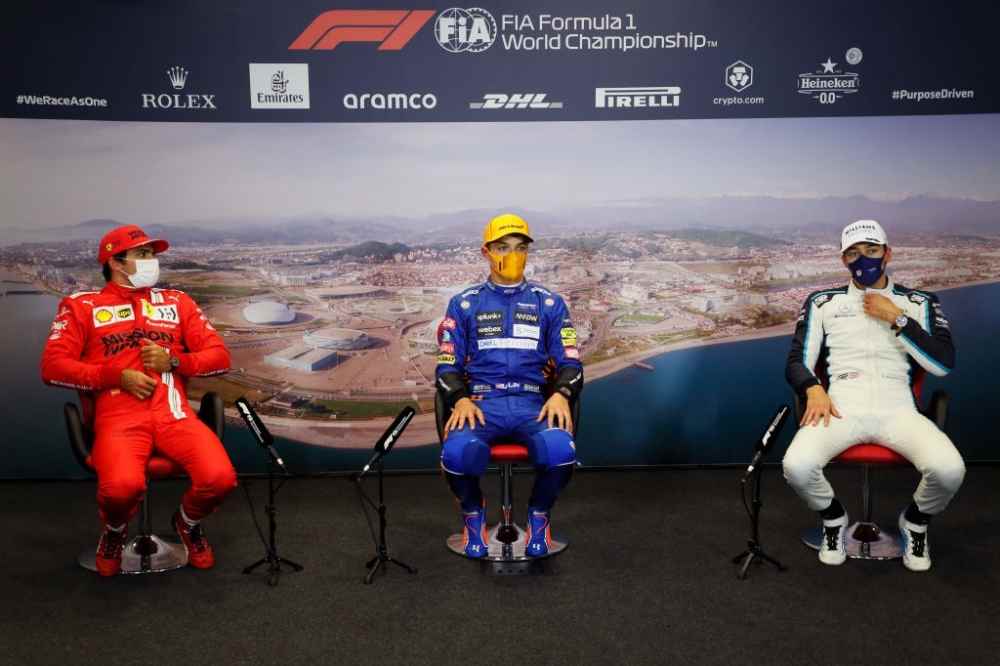