10 of the greatest captains in Premier League history 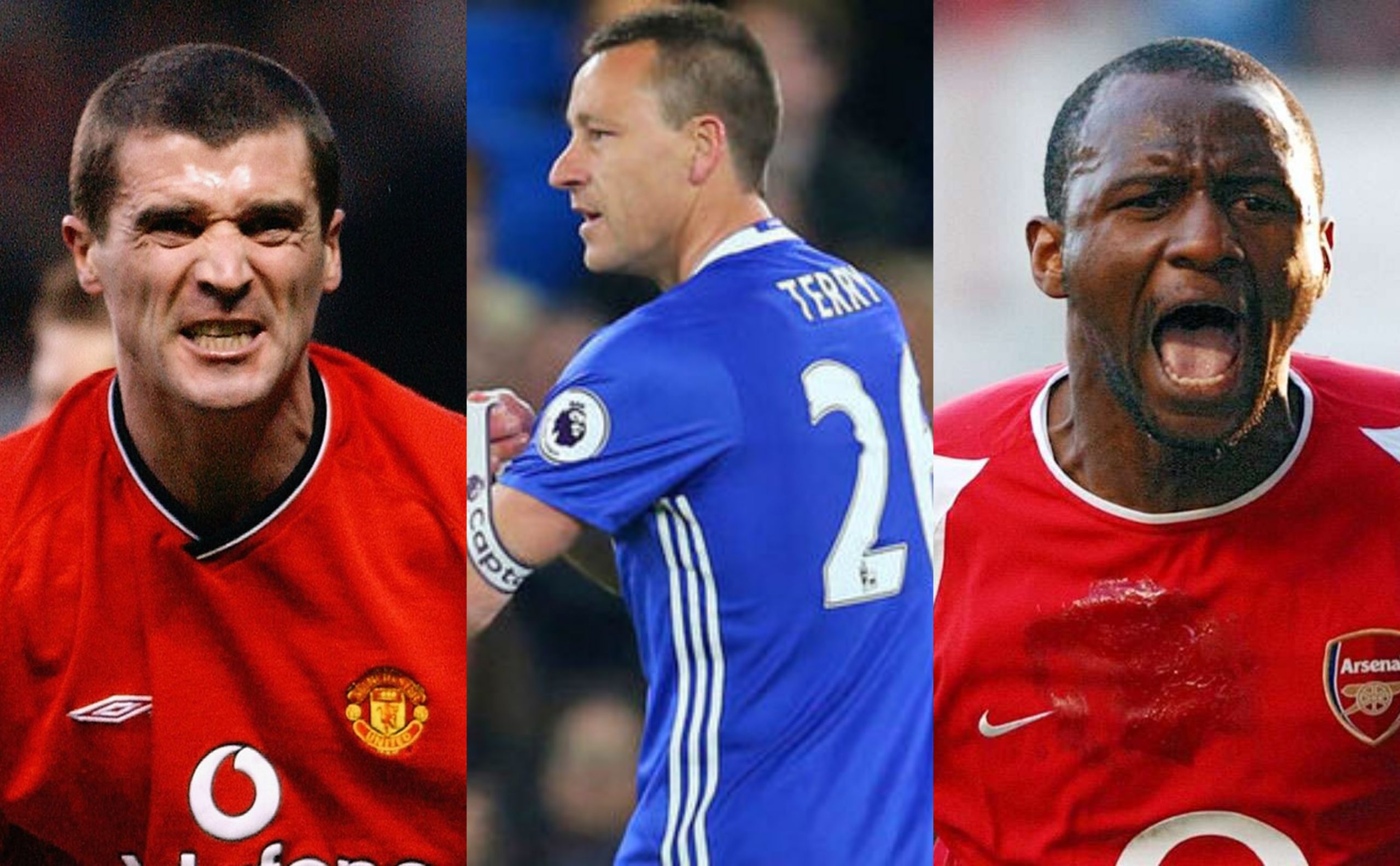 Captain, leader, legend. These are some of the superlatives that football fans usually use to describe players who give their all to their clubs. While football is a team sport, it is an established fact that the skipper of a club plays a big role in the side’s success or otherwise.

That is why not just any player is chosen to captain a team. More than just talent, a player needs to be smart, courageous and have some leadership qualities in order to thrive as a captain. In times when the goings get tough, it is the captain that is tasked with getting the other players in check.

A captain plays the role of motivator, mediator, leader and most importantly must be an example for all the other players to follow. The above requirements make every captain special. Although it is not an easy role to occupy, some players have proven to be born for it.

These are footballers who lived and died for the armband, gave their all and redefined the role of captains on and off the pitch. As far as such characters are concerned, the Premier League has never been in shortage.

So, without much ado, let’s zoom into the 10 greatest captains in Premier League history: 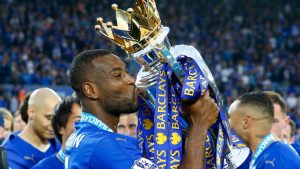 Wes Morgan etched his name in Premier League folklore when he captained Leicester City to win the league in the 2015/16 season. The Foxes had many stars in that title-winning season, but the Jamaica international was equally as influential.

While the likes of Jamie Vardy, Riyad Mahrez and N’Golo Kante received most of the plaudits, no one can ignore Morgan’s contribution. The defender was immense for Leicester and, aside from the tidy job he did on the Foxes’ defence, he also contributed with crucial goals.

This was a Leicester team that no one believed in. However, their biggest secret to winning was that they had a leader on the pitch, a player who constantly reminded them of what was at stake. And that person was Morgan. He may not have played consistently at the top for many years, but captaining minnows like Leicester to the Premier League title makes him one of the league’s greatest. 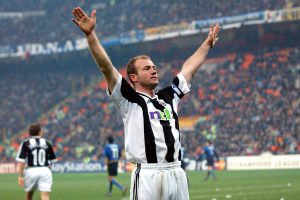 Now a days Alan Shearer is seen on television as a football pundit. For those who do not really know him, they’d likely be quick to clap back whenever he criticizes any Premier League striker. However, throughout the 1990s to the early 2000s, there was no forward in the English topflight that was better than Shearer.

The Englishman was not just a beast in front of goal, he was also a very respected figure in the dressing room. While he had impressive stints with Southampton and Blackburn Rovers, it was at Newcastle United that it all came together for him.

He played an instrumental role as a fairly-average Magpies side consistently qualified for Europe. As the proverbial ‘leadership by example’ goes, Shearer was the team’s main source of goals. His excellence on the pitch meant that he was often able to get his teammates to tag along.

Shearer finished his career as the Premier League’s all-time top scorer with 206 goals. Not only is he one of the league’s best strikers of all time, Shearer was also in his own league as a skipper.

Former Manchester United defender Nemanja Vidic also ranks among the greatest captains the Premier League has seen. The Serbian was not always vocal, but he perfectly made up for that with his commanding presence on the pitch.

Vidic was a captain who was always ready to die for his club. He didn’t mind breaking his nose or getting a swollen face as long as he prevented the ball from ending up in the back of the net. Having joined Man United in 2006, the Serbian quickly rose to become a favourite at Old Trafford.

He formed a formidable partnership with Rio Ferdinand at the heart of the Red Devils’ defence and, when he became captain, he never disappointed for once. Vidic is probably the last breed of the robust, fearless defenders the Premier League has witnessed. 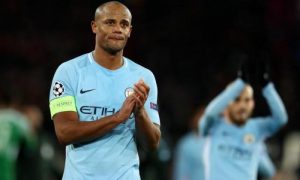 There is no debate about the fact that Vincent Kompany is the best skipper in the history of Manchester City. By extension, the Belgian is also among the greatest captains to have graced the Premier League. Not only was Kompany a good defender, he was an excellent leader, too.

It is, therefore, no coincidence that he led Man City into their most successful period in history. With him as captain, the Cityzens won four Premier League titles, an FA Cup and four League Cups. Anyone doubting Kompany’s influence on the Man City squad would not have to look far to realise Guardiola’s side currently miss him.

As far as natural leaders come, Kompany was one who always lived up to expectations. And it won’t be an exaggeration at all for anyone to suggest Man City will never have another captain as competent and capable as Kompany. 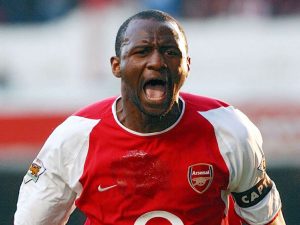 Ever heard of the Invincibles? Yes, I’m talking about the Arsenal side that totally dominated the Premier League by going unbeaten for 48 games. The success of that team was due to the number of leaders it had. However, the captain that steered that ship was Patrick Vieira.

The Frenchman redefined midfield play and is regarded as one of the best players to have ever featured in the middle of the park. It’s one thing to captain a team of winners, but it’s entirely another to lead a team that made winning the norm, as was the case of the Invincibles.

Vieira not only understood Arsene Wenger’s philosophy, he always made sure that the manager’s instructions were followed on the pitch. He had a command over his teammates and was like a second coach on the pitch. Such natural leaders are rare to find in football these days. 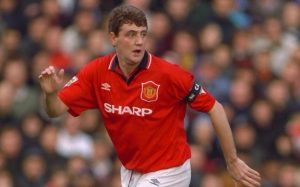 Manchester United were not a dominant side before the Premier League era. The Red Devils were far behind their other rivals, but Steve Bruce was one of the players who helped change that. Having taken over the captaincy from Bryan Robson in the 1992/93 season, Bruce ushered the club into a successful era.

His credentials as a captain were never in doubt as he was always the first person to put his body on the line to stop opposition strikers. Bruce lined up for Man United for a decade, winning three Premier League titles and three FA Cups.

The English man remains one of the best defenders in Premier League history, and his status is elevated even further when you consider how gallantly he wore the Man United armband. 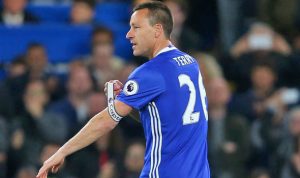 There was a time when Chelsea had very little history. These were the pre-Abramovich years, but the Blues have since enjoyed major success and that is in part thanks to the efforts of John Terry. The centre-back was part of Jose Mourinho’s first lieutenants at Stamford Bridge.

More than just a defender, Terry epitomised everything that a modern-day captain should possess. Although his off-field issues often threatened to mar his career, he was an absolute warrior whenever he was on the pitch. He departed Chelsea as the club’s best captain ever.

Terry won five Premier League titles, six FA Cup titles, and the UEFA Champions League, among many other major trophies. His strong character and never-say-die spirit set him apart from his peers and he will forever remain one of the greatest captains in the Premier League era. 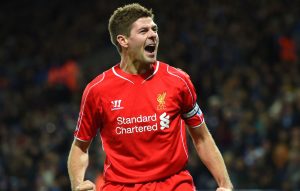 For many rival fans, Steven Gerrard’s legacy in the Premier League is questionable due to his inability to win the league title with Liverpool. He may never have won the league, but Gerrard is still very much a Premier League legend and remains one of the greatest captains to have graced the league.

The former England international served Liverpool well in his almost two decade stay at Anfield. If you still doubt Gerrard’s leadership, then the 2006 FA Cup final gives a perfect depiction of all that he stood for.

He may not have won the Premier League, but he still captained Liverpool to numerous other titles, including UEFA Champions League, UEFA Cup and UEFA Super Cup. Gerrard played with so many great players in the Premier League and he must have gained the respect of each of them due to his superb leadership style. 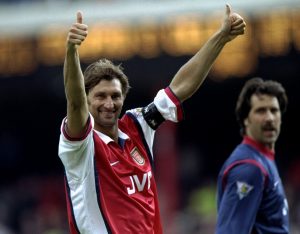 When Tony Adams retired from football in 2002, many Arsenal fans could be seen shedding tears during his final game. For many years, the former England star lined up in front of the Emirates faithful and thrilled them with his fantastic defending.

Having played for the Gunners all his life, it was only befitting that he became club captain at some point. And that was totally deserved. Adams represented everything about Arsenal Wenger’s Arsenal: talent, character, passion, togetherness and tremendous ability.

Adams remains the only player to captain a team to three league titles in three different decades. The former centre-back led the Gunners to the league title in the 80s, 90s and 2000s during his 14-year reign as captain. 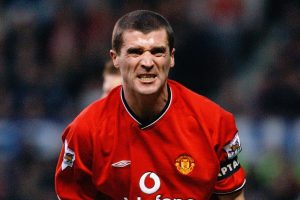 It takes a lot to lead a team as great as Manchester United. It is even more difficult when the person chosen to lead has a quick temper and is often erratic. Such was the personality of Roy Keane, yet he thrived as skipper of the Red Devils.

The Irishman remains the finest captain in the Premier League era, as he combined passion and power to lead Man United into one of its most successful spells. His leadership style was not always accepted, but in the end it always got the desired results.

Keane often went to war with his opponents and also never missed the chance to put his own teammates in their place when necessary. For leaders on the pitch, very few compare to Keano!