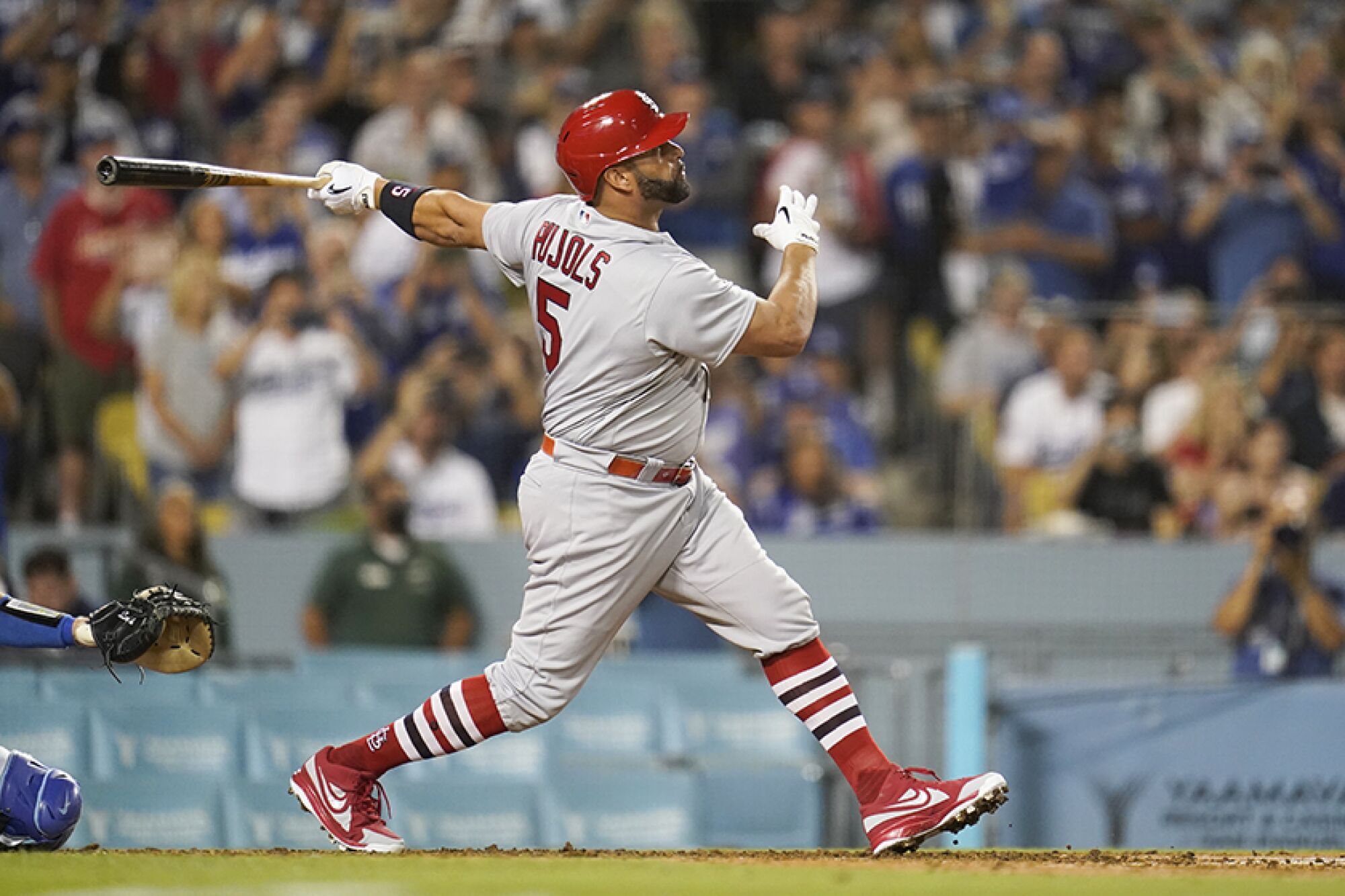 Albert Pujols stepped onto the field completely unaware that he was about to break the 700-homer mark, which will land him alongside the all-time greats! The Cardinals slugger not only hit 700 home runs, but he also hit his 699th and 700th home runs in the same game, making him the only player in MLB history to do so.

He has hit 200 home runs against lefties and 500 off righties, giving him two extra beautiful, round numbers after his 700th home run. “It’s pretty special,” Pujols said. “When it’s really gonna hit me is when I’m done, at the end of the season, when I’m retired, and probably a moment or two after that I can look at the numbers.

The 42-year-old popularly known as “The Machine,” started to cry as soon as he finished the game and won it as he sped into an empty hallway from the dugout stairs. Pujols stated in Spanish, “My emotions came out.” Moreover, Pujols’ two-homers, including his 700th home run, came on a special occasion.

The special occasion is that all five of his children could attend the match as it took place in Los Angeles. He claimed that this event occurred at Dodger Stadium, the ballpark that “gave me life” and motivated him to keep going. “What a special night,” Pujols spoke from the interview room during the post-match presentation while his kids stood behind him.

His incredible feats landed him on the list of the greatest of all time. He joined Barry Bonds (762 homers), Hank Aaron (755) and Babe Ruth (714) as the fourth member of the illustrious 700 home run club after launching a hanging slider from righty Phil Bickford 389 feet in the fourth inning, helping his team to an 11-0 victory.