Audi to compete against Ferrari, Red Bull, Mercedes for the 2026 F1 season debut 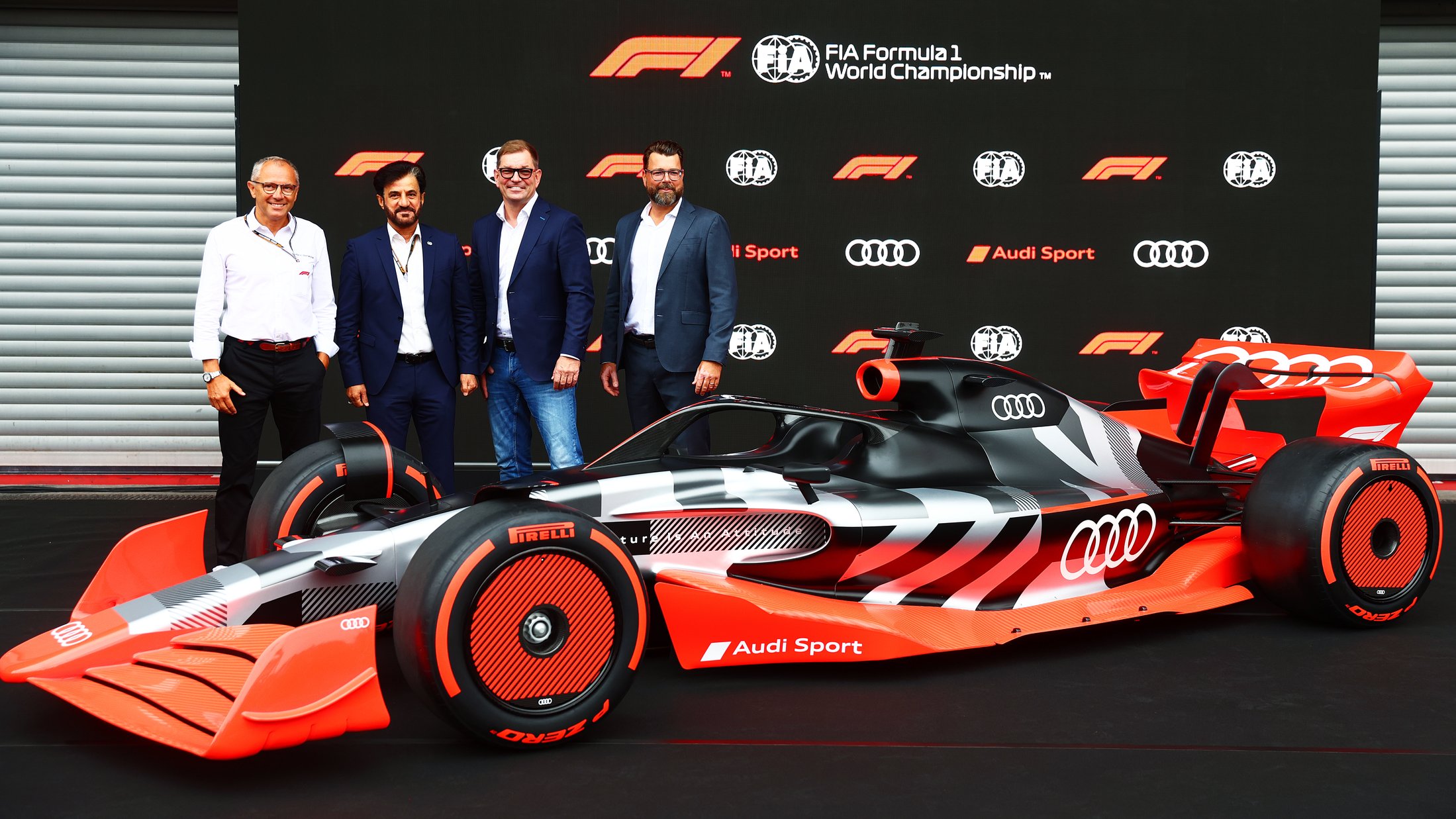 Red Bull, Ferrari, and Mercedes have been dominating the F1 racetracks for quite some time now, with the rest of the teams struggling to be near their positions. In the Formula 1 world, the big three manufacturers have already been competing to bring out the best of their performance, competing with each other neck-to-neck.

Things might get more interesting now that the German giant Audi has also decided to enter the arena of one of the fastest racing car competitions.

At the 2022 Belgian Grand Prix, Audi announced in a press conference that they would be entering the F1 market as an engine manufacturer by 2026. This declaration has put all the focus on this premium brand, putting them under everyone’s scrutinizing eyes.

Amidst all the pressure, Audi CEO Markus Duesmann boldly declared that within three years after entering the sport, they expect to be “very competitive,” which can only mean this giant is targeting the podium positions.

Although Audi has previous experience in motorsport, this would be the first time they would participate in Formula 1. So, competing against the Big Three: Ferrari, Red Bull, and Mercedes, would be quite an ambitious target even for this German giant.

With Sauber Motorsport’s contract with Alfa Romeo ending in 2023, it is speculated that Audi might purchase a 25% share of the Sauber operation. According to a GP blog, Duesmann has already confirmed his preference for a fellow countryman. They are, however, not looking for any German driver, but are particularly interested in Mick Schumacher.

Whoever Audi’s driver may be, we will have to wait patiently to see if this giant can actually hit its mark.

“Life would be in a different place and I’d be on a different course” Lewis Hamilton opens up about title drought, anxiety ahead of F1 World Championship race
“He didn’t end up coming first” Logan Paul’s attack on F1 legend Lewis Hamilton ignites outrage