Experienced Portuguese midfielder Bernardo Silva, 28, could be headed to Catalan giants FC Barcelona if the Spanish club eventually agrees to pay the staggering transfer fee for this talented player.

All summer long, Barcelona has been seeking this offensive midfielder and the two clubs allegedly reached an agreement on a sum that was less than €80 million, according to persistent rumors in recent weeks.

When did Barcelona want to sign Bernardo Silva from Manchester City?

According to several soccer media reports, FC Barcelona would have to pay £65 million to transfer Bernardo Silva to La Liga although they have struggled to register their already signed players.

Despite rumors, Manchester City has not yet received or accepted a bid for Bernardo, and Pep Guardiola also said last week that he is unsure of the midfielder’s future.

Bernardo hinted in an interview with ESPN that his future may lie elsewhere but that “if he remains,” he has a great deal of respect for the team and is extremely content at the Etihad. 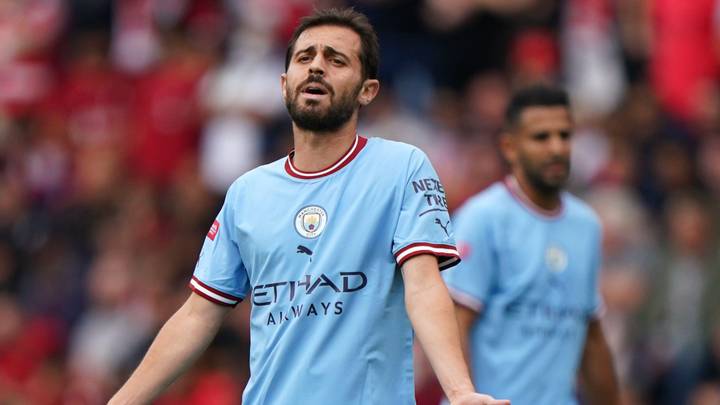 Bernardo is a “really excellent player,” according to Joan Laporta, the President of FC Barcelona, but CBS journalist Ben Jacobs claims Manchester City has set a high asking price of £65 million for their midfielder. Due to their present financial predicament, Barca could find it difficult to attain this price.

The La Liga juggernauts may then be in a position to make an offer to the Blues should they ultimately decide to trade Frenkie de Jong to Manchester United and according to Sport, “Barcelona are confident to finalise the signing of Bernardo Silva next week.”

🚨 Barcelona are confident to finalise the signing of Bernardo Silva next week. 💙❤️

According to the broadsheet tabloid, Renan Lodi of Atletico Madrid is on a shortlist alongside Arsenal’s Kierney, Borussia Dortmund’s Raphael Guerreiro, and Stuttgart’s Croatian full-back Borna Sosa.

In conclusion, Bernardo Silva’s transfer to FC Barcelona may be the real turn if Manchester City does not want to change their mind.

Official: Nico Gonzalez completes his loan at Valencia and inks a new deal with Barcelona until 2026
Frenkie De Jong’s transfer saga takes a fresh turn as he’d rather go to Chelsea than Manchester United if he can’t remain at Camp Nou