Ranking the Top 10 Best UFC Events of All Time 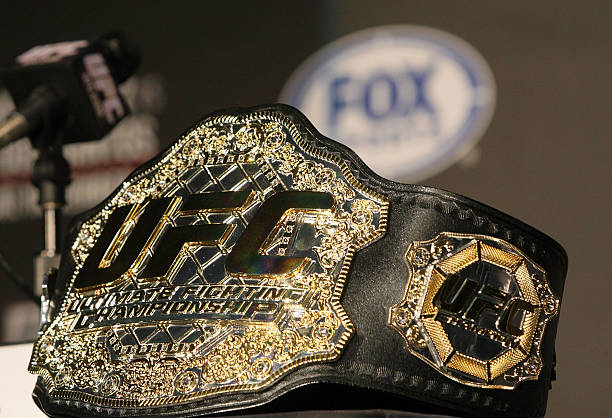 Since the inauguration of UFC in 1993, it has produced many unforgettable events. Some of those were blockbusters with bouts featuring Conor McGregor, Khabib Nurmagomedov, Jon Jones, and Georges St-Pierre. On the other hand, some events came as a surprise, remarkable action, lack of big stars, and last-minute lineup change.

It is not bad to go back to the history and relive some epic UFC events, especially if you are a new fan and yet to experience some of these historic moments. Having said that, here we present the 10 best UFC events of all time, which we have selected by looking at the UFC fixtures from the last 28 years. Throughout these years, there were things which made fights eventful such as epic battle, a gruesome injury, or even a first bout. With these in mind, let’s see the list of incredible UFC occasions that will live forever in history. At the time, UFC 129 brought the biggest attendance in the UFC’s history. Welterweight champion, Georges St-Pierre made his sixth title defense, a ‘U-Dec’ victory over Strikeforce champion, Jake Shields. With a sold-out, 55,000 strong crowd and $11 million-plus gate revenue, the event had shattered both MMA Attendance and gate records.

Additionally, the co-main event included featherweight champion Jose Aldo’s first fight in the UFC, against Mark Hominick. The fight was a hard-fought victory for Aldo, who won the contest via ‘U-Dec’. Moreover, it was also the last fight for UFC Hall of Famer, Randy Couture as he faced Lyoto Machida. Unfortunately, Couture lost the fight after a stellar karate kick from Machida.

Interestingly, other names on the card included Benson Henderson, Rory MacDonald, and Nate Diaz. In its time, UFC 129 was one of the biggest events in the promotion’s history and certainly, one to be remembered. St-Pierre of Canada celebrates his victory over Michael Bisping of England in their UFC middleweight championship bout during the UFC 217. (Credit: Getty Images)

UFC 217 was only the second event in the promotion’s history to be held at the Madison Square Garden. The Main Event saw former welterweight champ GSP return against Middleweight champion, Michael Bisping. Following his retirement, St-Pierre came out of a 4-year absence to fight Bisping.  Eventually, GSP won the bout via submission in Round 3.

UFC 189 was originally set to be headlined by Conor McGregor and then featherweight champion Jose Aldo. Unfortunately, Aldo was ruled out of the fight with an injured rib in the lead-up to the fight. However, Chad Mendes took up the opportunity on short notice to face McGregor. Eventually, McGregor earned his biggest victory at the time after knocking out Mendes in the second round, becoming the interim featherweight champion.

For the co-main event, welterweight champion Robbie Lawler made his first title defense against Rory MacDonald. In a fight that can be described as a ‘war’ and ‘bloodbath’, Lawler and MacDonald delivered what is possibly one of the best title fights in UFC history.

Additionally, the event included not one, but two flying knee knockouts. One was from Jeremy Stephens against Dennis Bermudez, and the second, by Thomas Almeida on brad Pickett.

Additionally, UFC 239 brought us to the conclusion of a heated rivalry between Ben Askren and Jorge Masvidal. However, the fight lasted for only 5 seconds thanks to an unbelievable flying knee by Masvidal. Elsewhere, Luke Rockhold made his light heavyweight debut, only to be knocked out by Jan Blachowicz.

Before the event went down, it brought a lot of hype to the table. Thankfully, the event also delivered and became the most talked-about event for quite some time. After an extensive buildup, UFC 194 brought us the highly anticipated fight between featherweight champion Jose Aldo and interim champion, Conor McGregor. Whilst the rivalry behind the fight lasted for years, the fight itself was quite short. On the night, McGregor knocked out Aldo within 13 seconds to become the new UFC featherweight champion.

Elsewhere, Luke Rockhold was crowned as the new Middleweight champion after beating (at the time) undefeated champion Chris Weidman. Moreover, fighters like Yoel Romero, Max Holloway, Uriah Faber, and Demian Maia were all present in what was a truly exciting card.

To date, the event remains one of the most entertaining and enjoyable UFC events in the promotion’s history. Despite cancellations of bouts for Conor McGregor and Jon Jones, UFC 200 remains one of the most successful PPVs in the company’s history. The main event saw Amanda Nunes destroy Miesha Tate, and claim the Women’s Bantamweight title via submission. The co-main event saw Brock Lesnar make his UFC return against Mark Hunt.

Additionally, Daniel Cormier beat middleweight legend, Anderson Silva, at light heavyweight. Moreover, Jose Aldo beat Frankie Edgar via U-Dec to claim the featherweight title. Despite other behind the scene controversies, names like Kelvin Gastelum, Johny Hendricks, TJ Dillashaw, and Jim Miller also made appearances to seal the event’s place as one of the best of all time. Khabib Nurmagomedov of Russia reacts after submitting Conor McGregor of Ireland in their UFC lightweight championship bout during the UFC 229 event inside T-Mobile Arena on October 6, 2018, in Las Vegas, Nevada. (Credits: Getty Images)

UFC 229 saw Khabib Nurmagomedov defend his Lightweight title against the returning Conor McGregor. With one of the most stacked cards to date, the event generated the highest-ever live gate of $17.2  million and the biggest-ever PPV with 2.4 million buys in the United States.

After Khabib won via submission in Round 4, he proceeded to jump the cage and engage in a brawl with members of McGregor’s team. Full of war, chaos, and action, the card also included the likes of Tony Ferguson, Anthony Pettis, Derrick Lewis, and Dominick Reyes. The record-shattering event delivered on all fronts and remains one of the most iconic UFC events to date. UFC 100 was stacked with firepower. Brock Lesnar got his much-awaited revenge against Frank Mir with a TKO victory whilst GSP put on a dominant display against Thiago Alves. Elsewhere, Dan Henderson knocked out Michael Bisping with an incredible right, making it one of the most brutal finishes to this day.

The card also included the likes of Jon Fitch, Mark Coleman, and surprisingly, a young up-and-coming Jon Jones on his 3rd UFC appearance. The star power and performances on the night along with its PPV success at the time have etched the event into UFC history. Royce Gracie in action during the Ultimate Fighter Championships UFC 1 on November 12, 1993, at the McNichols Sports Arena in Denver, Colorado. (Credits: Getty Images)

Call it cliched, but of course, the number 1 UFC Event of All Time has got to be UFC 1, where it all began. An iconic day for combat sports history, UFC 1 brought eight fighters from across the world, to compete in a one-night tournament.  With no set weight classes or complex rules, UFC 1 attempted something that had never been done before.

Eventually, Royce Gracie won the tournament by defeating Gerard Gordeu via rear-naked choke. Coincidentally, the Jiu-Jitsu practitioner Gracie won all three of his fights by way of submission. The event introduced the world of MMA to completely different art and as such, allowed it to evolve into its greatness today.