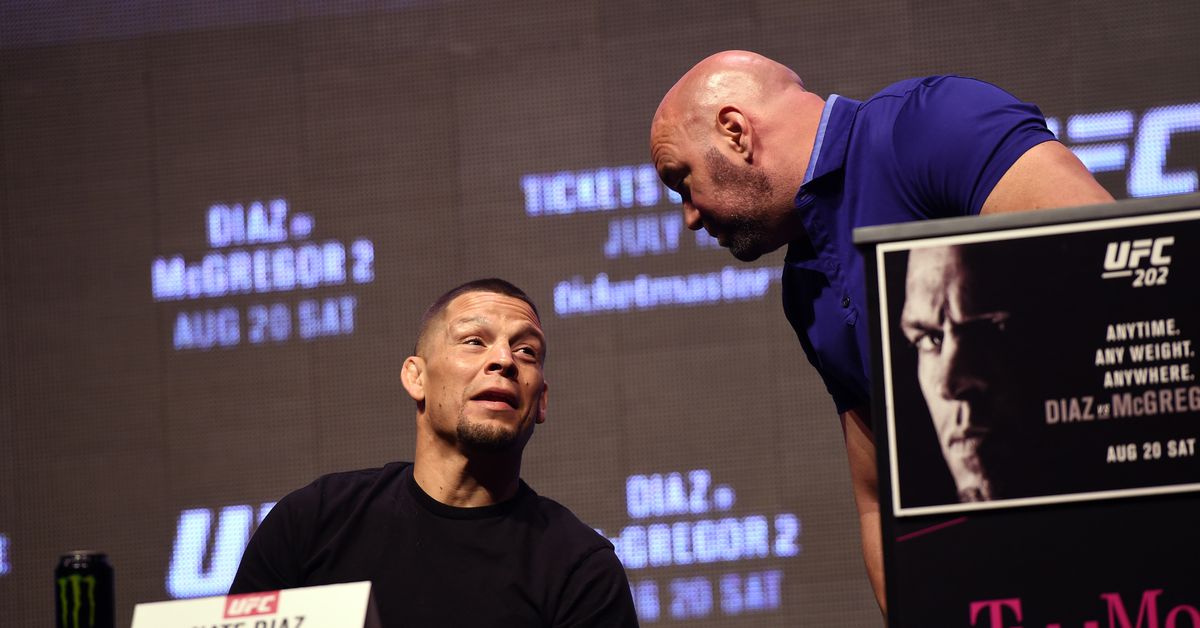 Nate Diaz is one of the biggest names in the UFC. It’s not just Nate’s all-action fighting style, but also his candid nature in and out of the octagon that has made him a fan favorite. But despite the affection of fans, Nate is yet to fight in the UFC since his last fight against Leon Edwards about a year ago in UFC 263. He lost the fight to the Brit via a decision but has not made an appearance inside the octagon since.

Over the course of the last year, Nate has asked the UFC multiple times to either get him a fight or release him from his contract so that he can fight elsewhere, or pursue other ventures. In a recent interview after UFC Fight Night: Ortega vs Rodriguez, UFC president talked about fighters who have had a long lay-off. He talked about the likes of Nate Diaz and UFC Heavyweight Champion Francis Ngannou. White made it clear that even if Nate wasn’t fighting, he was still getting paid as per the terms of his contract.

Nate, however, was not having any of it and reiterated his desire to leave the UFC once and for all.

Dana said Francis Ngannou was injured and couldn’t fight right now
Idk why he was so confused in interview.
And in the last 9 months I been offered 0 fights and I asked for 5 legitimate opponents ..
Thanks u for the kind words can I go now 👊🏼

Although he is a household name, Nate is far from the title picture. A trilogy fight against Conor McGregor has been brought up multiple times, as well a rematch with Jorge Masvidal was also speculated. But the way things are going, it would be sad but not surprising to not see Nate Diaz perform inside the UFC octagon again.