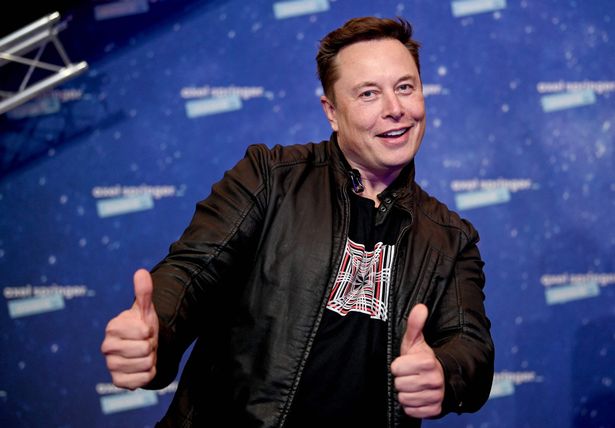 The government of the United Kingdom has taken over the Chelsea football club from its owner, Russian billionaire Roman Abramovich, marking the end of a 19-year ownership of the team.

Many possible purchasers are queued up to bid for the successful club, but one eccentric billionaire may have the key to solving the club’s troubles,  Elon Musk. Musk is the current owner of Tesla and has also recently acquired Twitter.

The twist of fate occurred after the Blues owner’s assets were seized by the UK government as he was involved in supporting Russia’s offensive in Ukraine. The Government Of The United Kingdom has sanctioned Roman Abramovich, freezing his international assets, particularly the London-based Chelsea Football Club.

Chelsea is in serious need of a new owner due to a financial catastrophe. The only way to sell the club is through the government. This will result in the Russians receiving no profit from the transaction.

A large number of possible investors have expressed interest in purchasing Chelsea FC. Raine Group, an American merchant bank, has been tasked with organizing the sale of the British football team while the UK government observes the sale and subsequent purchase.

A number of proposals have also been turned down, the most notable of which is the Saudi Media Group coalition, fronted by Mohamed Alkhereji, a supporter of the team, who reportedly offered £2.7 billion for the franchise.

Hansjörg Wyss, a Swiss magnate, has teamed up with Boehly to solidify their interest in acquiring the club. The 86-year-old has a lengthy career as a politician and is a philanthropist, particularly for ecological and educational causes in the United States. According to Wyss, he has been approached to buy Chelsea as part of a joint venture that will include “six to seven” other shareholders.

Stephen Pagliuca, the current co-owner of the Boston Celtics, was a surprise inclusion among some of the top four alternatives. Pagliuca also has a 55 percent share in Atalanta, a Serie A club that has developed dramatically in recent years as a result of its on-field performances both nationally and overseas.

Ken Griffin, an American hedge fund billionaire, has teamed up with the Ricketts family, owners of the Chicago Cubs baseball team, to form an investment partnership that is thought to be putting up a money-spinning proposal to buy Chelsea. The group, however, stated on April 15 that it was withdrawing its application from consideration after being shortlisted among the final four bids.

Prior to that, Chelsea fans protested Ricketts’ purchase of the club, as Ricketts had been contentious in the past for a variety of reasons.

Conor McGregor, the Irish MMA legend, has hinted at the potential of taking over at Chelsea in an unusual manner. The former UFC champion is worth an estimated $188.4 million (£144.1 million), but any possible venture would require significant financial support to get off the mark.

Where does Elon Musk fit in:

Elon Musk is a business magnate, entrepreneur, and investor. He is the co-founder of Neuralink and OpenAI, as well as the founder, CEO, and Chief Engineer of SpaceX. He is also an early-stage investor, CEO, and Product Architect of Tesla, Inc., and the founder of The Boring Company. Musk is the world’s wealthiest individual, according to both the Bloomberg Billionaires Index and the Forbes real-time billionaires list, with an estimated net worth of roughly US$264.6 billion as of April 2022.

Only 1.5% of Elon’s total net worth is enough for him to buy Chelsea football club! Yes, that is right!

Elon Musk is the wealthiest person in the world and he wouldn’t even need to visit the bank to buy the entirety of Chelsea football club and the brand that comes with it.

Elon Musk has definitely shown that he is more than interested and capable of buying the club. Musk has a business policy that is ever-expanding. All the businesses that Musk owns are of various different backgrounds. He has recently purchased one of the biggest social media websites in the world, Twitter.

Elon Musk, an American entrepreneur, proposed to buy out Twitter, Inc. on April 14, 2022, after earlier purchasing 9.1 percent of the company’s stock for $2.64 billion. Musk was then invited to join Twitter’s board of directors, which he accepted.

On April 25, 2022, Twitter’s executive board unanimously adopted Musk’s $44 billion acquisition offer, paving the way for the firm to be privatized. The deal is still awaiting regulatory and shareholder clearance as of April 2022.

Elon Musk is the richest man on the planet, therefore the £3 billion or so required to purchase Chelsea is pennies on the dollar for the Tesla CEO.  Musk has always been a risk-taker when it comes to business.

He has risen to become the world’s wealthiest and most talked-about man. Elon Musk will be able to save Chelsea FC from a lot of difficulties by donating merely 1.5 percent of his net wealth.

Is there a potential that a billionaire like Musk would make a bid for Chelsea? Most likely not. Is he financially capable of doing so? Without a doubt. Wouldn’t it be great to see that happen? Absolutely.