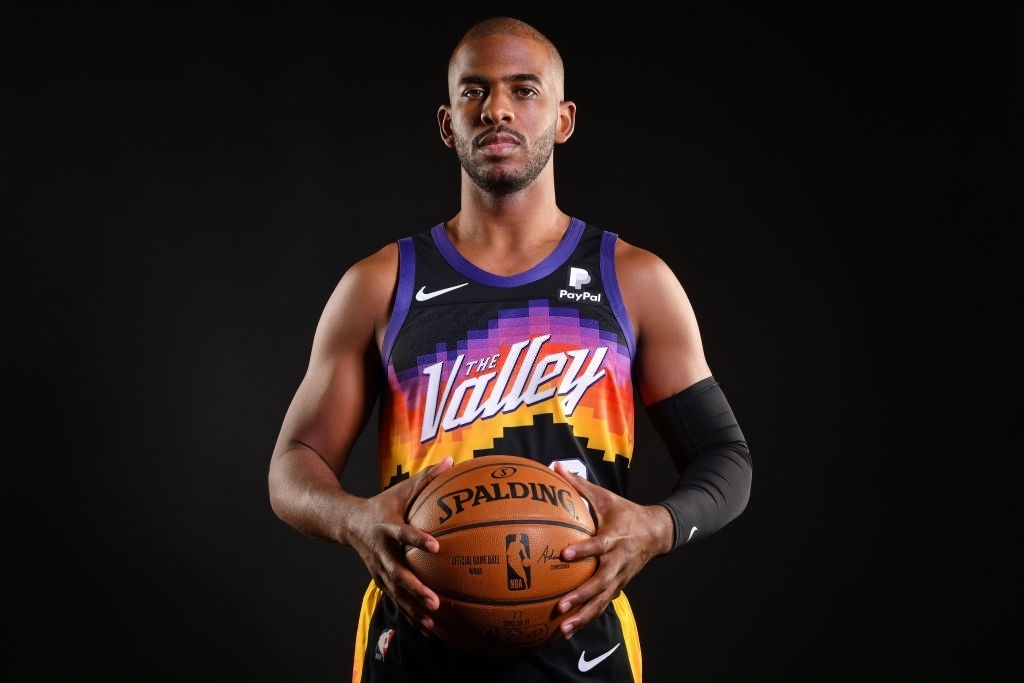 Christopher Emmanuel Paul, better known as Chris Paul, is an American professional basketball player in the NBA. Nicknamed “CP3”, he started his professional career in 2005 with the New Orleans Hornets. Currently playing for the Phoenix Suns, Chris has also played for the Los Angeles Clippers, Houston Rockets, and Oklahoma City Thunder.

Having played as the Point guard for five teams in his ongoing career, Chris has fattened his wallet up quite a bit. His salary in the NBA, his endorsement deals, and other ventures all add to his net worth.

According to sportskeeda, as of 2021, Chris has an estimated net worth of $130 million. His current NBA salary is $41 million and his annual income from his endorsement deals is $8 million. In the years to come, the star NBA player will keep on adding to his bank balance and alongside that, keep up with his lavish lifestyle.

While Paul’s primary source of income is his salary and contracts within the NBA, a major part of his earnings also depend on his various endorsements. His investments and media ventures also add to his empire. 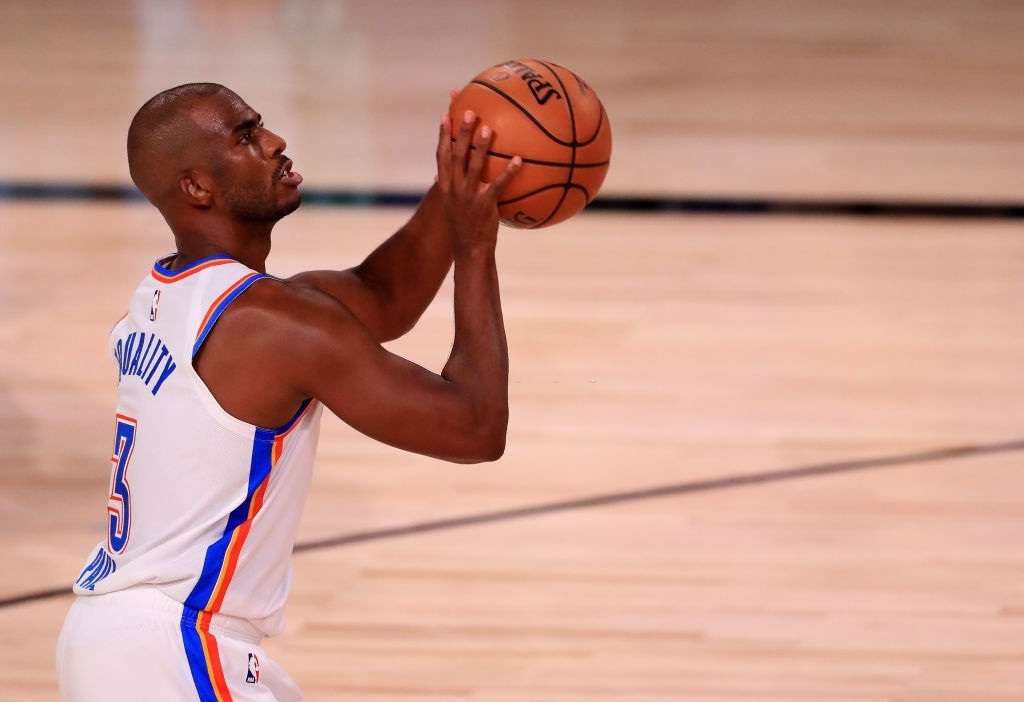 In his ongoing 16 seasons-long career, Chris has earned almost $300 million in salary alone. He entered the NBA league as the point guard for the New Orneals Hornet in 2005 with a starting annual salary of $3.1 million. 16 seasons later, Chris has an annual salary of $41 million playing for the phoenix suns. His salary is one of the highest in the current NBA line-up. 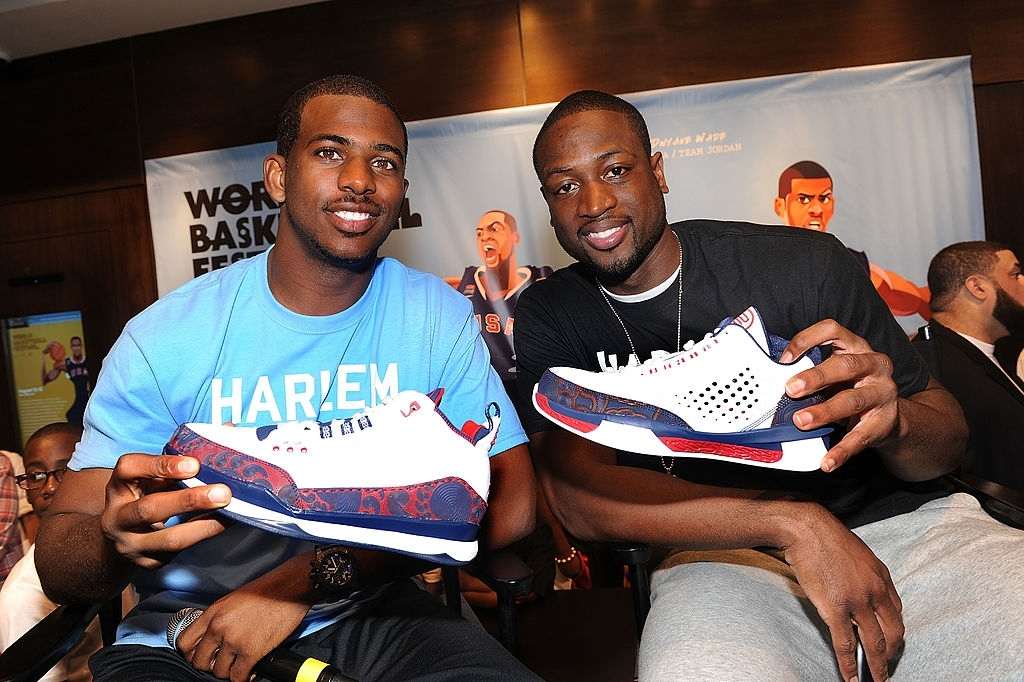 Chris is very active in the advertisement scene revolving around global brands. The athlete is heavily endorsed by Nike, Panini, State Farm, Air Jordan, and Walt Disney to name a few. His dealings with all the big-name brands allow for a major boost to his net worth as a whole. As of 2021, the star point guard earns $8 million per year in endorsements, separate from his salary.

Having a good business sense always helps pave the way for someone’s financial success. An investor with a good business sense will know when to invest. Chris Paul is one of the aforementioned people. He has invested in Hyperice and Chirpify which are estimated to be at $48 million and $4 million respectively. The NBA star has also made investments in RSPCT Basketball and Beyond Meat.

Being a famous athlete comes with a lot of perks. One of which is getting the chance to appear on TV shows or films. Chris has made several appearances on popular television shows such as “Family Feuds” and “Scooby-Doo and Guess Who?” to name a few. Chris is also the current President of the NBA Players Association. All of these media ventures also add to his wealth.

How Chris Paul Spends His Millions?

Every millionaire wants to lead a luxurious lifestyle. Likewise, Chris Paul is no exception. Owning various mansions, hordes of cars, jewelry, and watches, he spares no expense to clench his thirst for a flashy life. 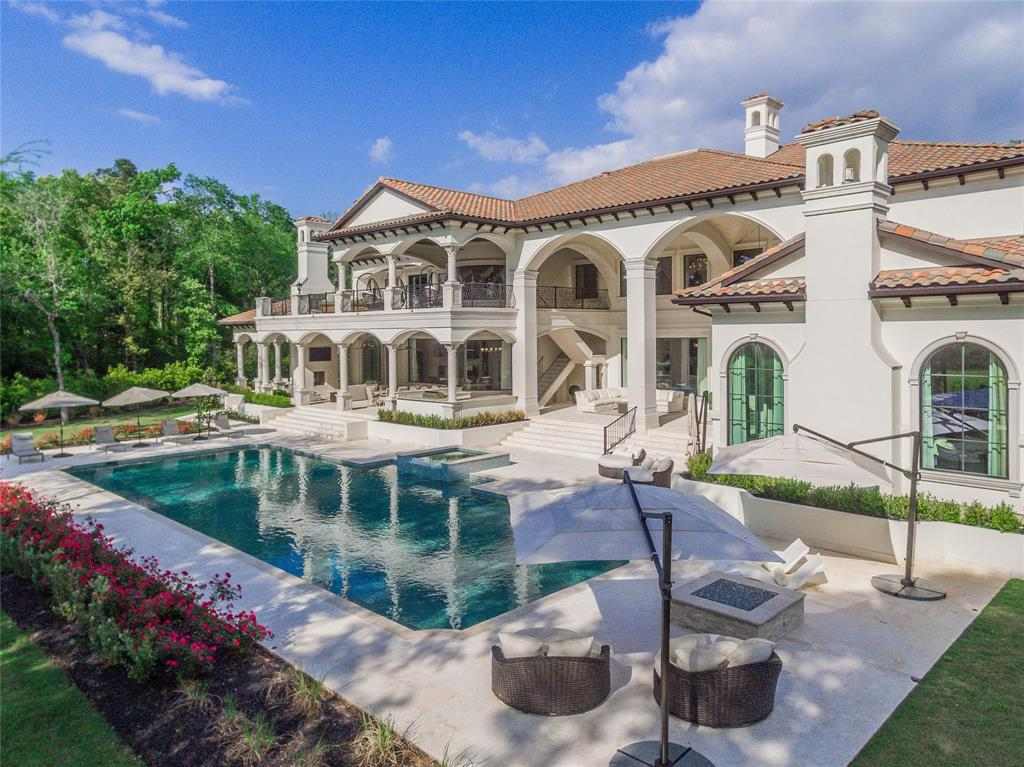 Over the years, Chris has bought and sold various mansions. In 2012, he bought Avril Lavigne’s Bel-air mansion for $8.5 million, then proceeded to sell that for an increased price of $8.7 million five years later. In that same year, Paul bought another mansion next door to Khole Kardashian. He sold that mansion three years later for $11 million making a $2 million profit.

In April of 2019, the NBA star bought a mansion for $6.9 million in Houston, Texas. He proceeded to sell this mansion in 2021 for $7.2 million. Finally, Chris’s current residence is a mansion located in a suburb in Encino California. The $11.1 million mansion offers more than 12,000 square feet in living space. It also includes amenities like a sports court, a large swimming pool, and a full bar. 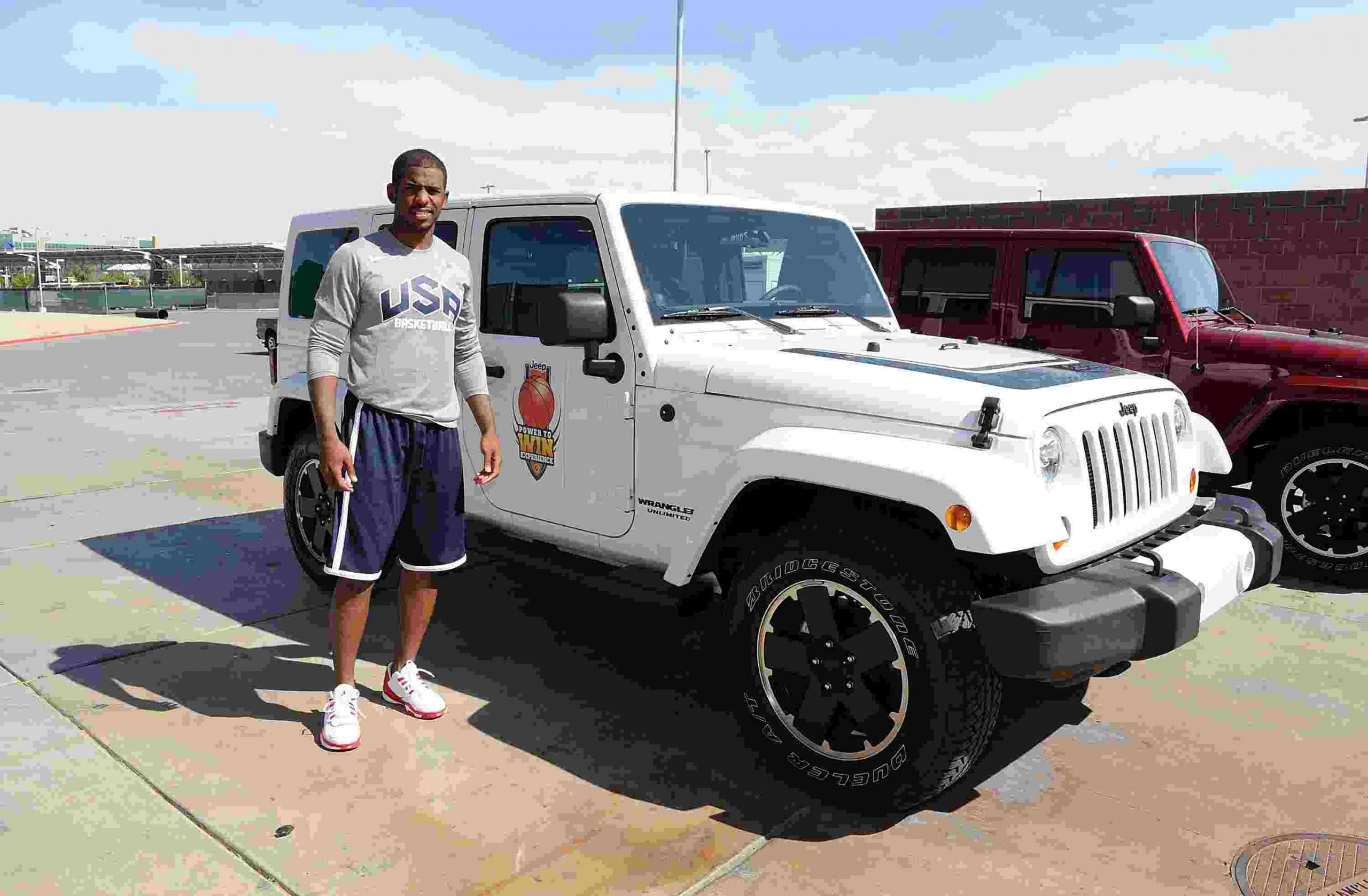 Chris has spent a fortune on his collection of luxury cars. While an exact number cannot be assigned to this collection, he owns a Jeep JKU Wrangler Unlimited worth around $50,000 and a Range Rover worth anywhere between $92-131,000. His eccentric car collection also includes a classic 1977 Chevrolet Monte Carlo.

Paul is a shoe fanatic. Before getting endorsed by the global brand that is Air Jordan, Chris had a dedicated room full of Jordan Shoes and other sneakers. He called this the Jordan Vault.  It can be estimated that over a million dollars were put into this one of a kind collection.

Chris is always seen wearing a gold necklace studded with diamonds. In an interview with GQ Sports, he mentioned that the only time he takes the necklace is during the game. The necklace in the shape of an owl represents the star signs of his family. It must have cost him quite a fortune to custom build.

In that same interview, Chris shines a light on his love for watches. The star player always carries around a watch case that contains four to five watches. In his huge collection of watches, his top three are a Patek worth anywhere from $20-30,000, an Aquanaut worth over $50,000, and an Audemars Piguet easily worth over $50,000. 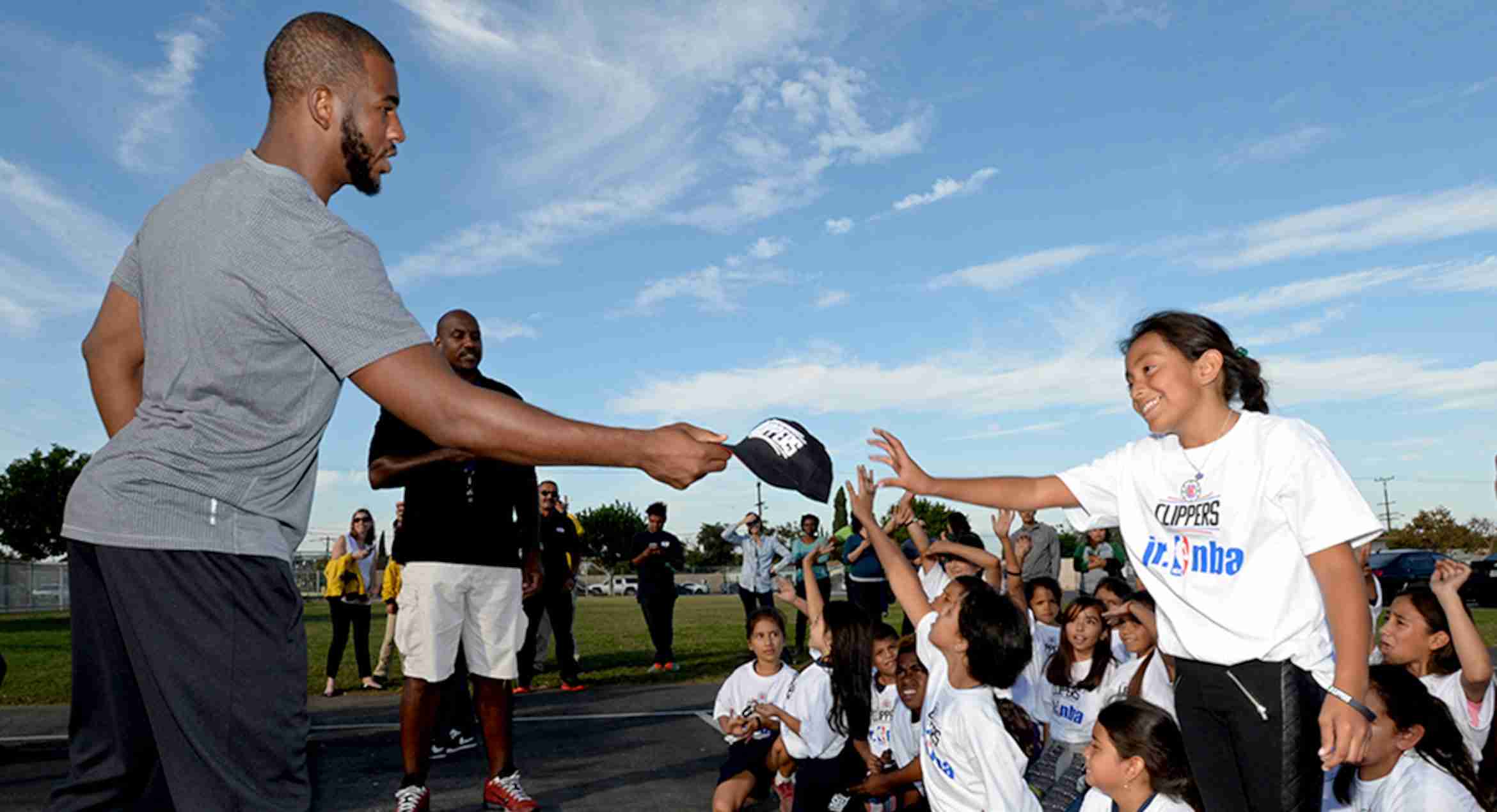 Chris is a very charitable guy. Over the years he has indulged himself with various charities like the After School All-Stars that help provide after-school learning programs to help not-so-privileged kids. This non-profit organization has partnered up with various schools across the US. His involvement with other organizations includes Boys and Girls of America, Girl Up, and Make it Right.

The star player also runs his organizations named after his nickname, CP3, and The Chris Paul Family Foundation. These foundations help people and their families in avenues like sports and education. In honor of Chris’s late grandfather, the foundation was established in 2005 in a partnership with the Winston Salem Foundation.

Chris Pauls got married to his wife Jada in 2011 and since then they are leading a very happy life. According to playersbio, her net worth is $1 million as of 2021. By profession, Jada is a businesswoman and a fashion designer. She is also known to be active in the philanthropic scene.

Jimmy Butler Girlfriend: Kaitlin Nowak and Other Relationships – All you want to know
Shaquille O’Neal Net Worth 2021: Salary, Endorsements, Mansions, Cars and More