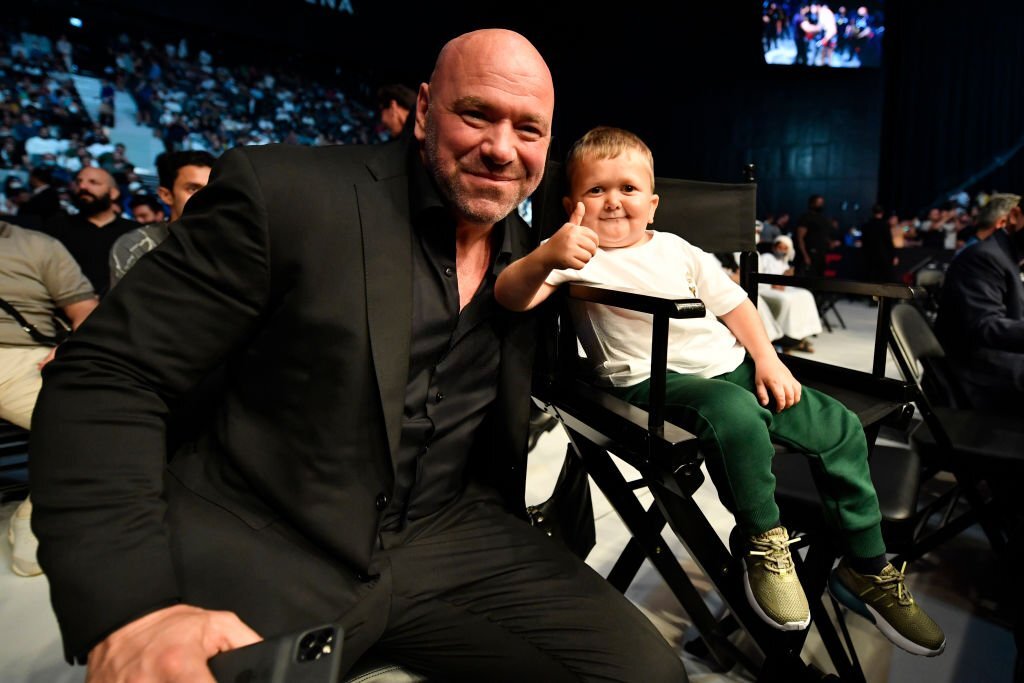 Conor McGregor once again proved why he is considered “The Notorious”. He notoriously threatened the internet sensation Hasbulla in a war of words on Twitter. Hasbulla retaliated as well, by taking a screenshot of the tweet and then posting a tweet as well.

“I’d love to boot that little gimp Hasbulla over a goal post,” McGregor wrote. “How much to get him on the volley? I’m gonna make it my mission to score a three pointer with him one day, hon the GAA.” Kicking a ball over the posts in Gaelic football is one point, while scoring a goal is worth three.”

The UFC president, Dana White, closely observed all the banter and was aware of the situation. White has a soft corner for Hasbulla and considers the little one his friend. They even attended the UFC 267 event together, which took place in Abu Dhabi last October. Hasbulla mimicked Khabib Nurmagomedov’s taunt by pledging to “smash” McGregor, and White has since cautioned the Irishman to watch his mouth.

At least one of us maintained an undefeated record @TheNotoriousMMA 😂🤷🏽

When giving a speech on My Mom’s Basement podcast, White said: “Conor better watch himself. If he runs into Hasbulla then he’s gonna be in some big trouble!” Although the reason McGregor pursued Hasbulla online is unknown, the little one’s friendship with Nurmagomedov may have played a role.

Last year, Hasbulla and another internet sensation, singer Abdu Rozik, were rumored to be facing off in the UFC, but White claimed that Hasbulla’s father didn’t approve of the notion. Hasbulla now seems willing to settle his score in the octagon with former two-weight champion McGregor.

“Hey uncle Dana White and UFC please make it happen,” he tweeted. “Let me eat this chicken Conor McGregor. I’m hungry, I’ll smash him with my mountain spirit. My brother Khabib [Nurmagomedov] smashed him and all his team, now is my time to rise!” The tiny online sensation also declared that the UFC had offered him a contract. Additionally, he valiantly challenged McGregor to meet him at the UFC 280 event in Abu Dhabi.