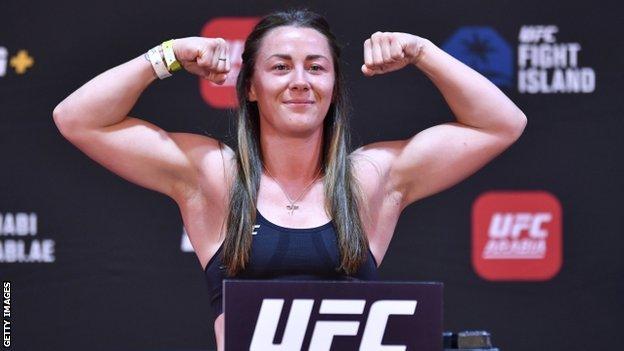 The UFC flyweight star, Molly McCann, is openly critical of the upcoming FIFA World Cup 2022 in Qatar owing to the lack of human rights. Furthermore, Qatar is a country where homosexuality is still illegal, so as a gay athlete, McCann believes it is a disgrace to the LGBTQ community; thus, she vows to boycott the whole World Cup.

Khalid Salman, Qatar’s World Cup ambassador and former national team player, described homosexuality as “damage in the mind” in an interview less than two weeks before the commencement of the World Cup. The ambassador’s comments elicited a vehement response from McCann. 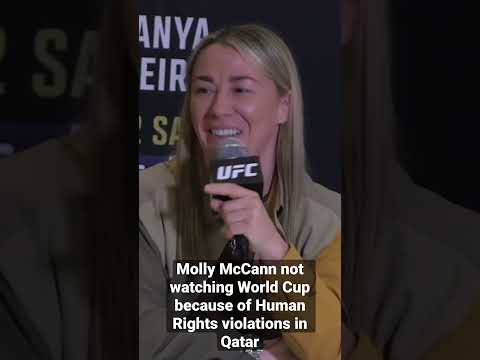 She later stated that she wasn’t bothered by the situation, she just didn’t want to be any part of it. As she claimed in her recent interview about the World Cup, she said, “I’m not feeling the Qatar vibes and all the human rights that haven’t gone down there. I won’t even be watching it.”

Just my lived experience. But I think it’s sense https://t.co/HpIe2rI5nE

The lack of human rights in Qatar has always been a buzzing issue since this Arab country set to develop its infrastructure project, including stadiums, roads, and hotels, leaving lower pay and an enormous number of death of foreign workers. As per the Guardian, over 65,000 migrants have died in the cities of Qatar while decorating the ultimate sporting event on earth.

On the previous note, Germany’s interior minister, Nancy Faeser, revealed that Qatar’s prime minister had given her a “safety guarantee” for fans “no matter where they come from, whom they love, or what they believe in.” Yet, time will say, whether this gigantic event will be hosted safely or if it will end up with repeated human rights violations.