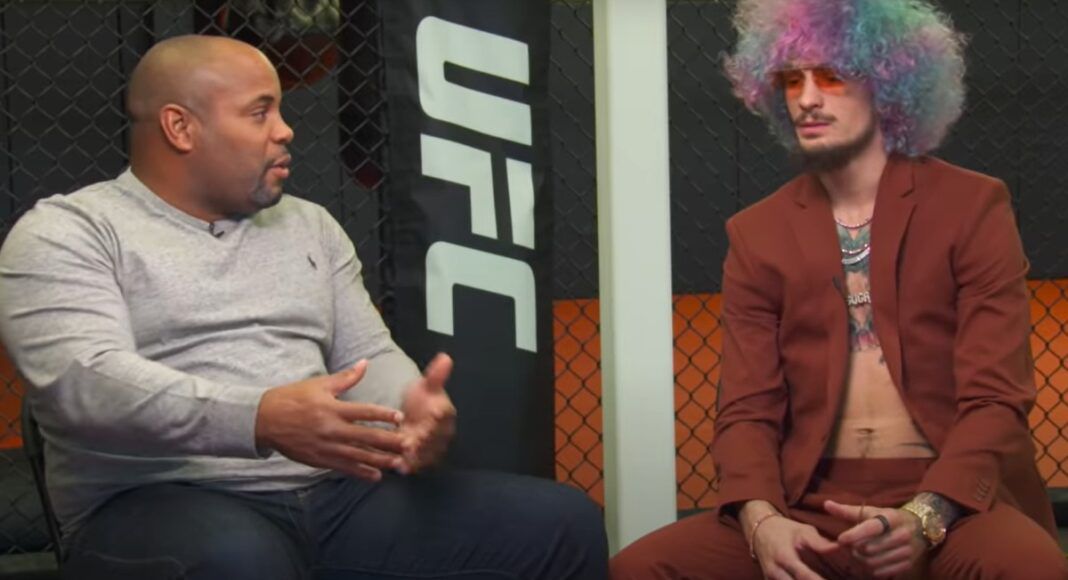 Daniel Cormier and young UFC fighters haven’t necessarily seen eye-to-eye in recent week. Following his mild altercation with Phil Hawes inside the octagon at UFC Austin, another fighter in Sean O’Malley has recently taken up somewhat of a beef with the former two-division champion.

On the latest episode of The BroMalley Show alongside his brother, UFC Bantamweight contender “Suga” Sean O’Malley has claimed UFC commentator, and former champion Daniel Cormier does not like him, and wants to see him lose: But Cormier was not having any of it, and was quick to respond on ESPN MMA’s DC & RC show, suggesting that he does care enough about “Suga Show” to want to see him lose:

“I don’t care enough about Sean O’Malley to care if he wins or loses because like you said, it doesn’t really affect me. I like the kid, and I think the kid’s a fantastic little fighter. He’s tough, but the reality is, I got eight championship belts at home… I got eight championship belts at home, Ryan Clark. Like, it’s crazy! When we mistake popularity for putting you on the level with someone else, the reality is I don’t care if Sean wins or if he loses. I don’t want to see a man lose.”

“The guys that should address me in that manner are the guys that have stood alongside me, that have done the things that I have done in the game and that will be remembered forever. Because until Sean O’Malley starts to win some championships and get all the way to the top of the game, bro, like, popularity fades, right? Legacy lasts and my legacy will stand the test of time.”

Suga Sean is far from the title, however, as the number 13th ranked Bantamweight contender will be taking on number 10 ranked Pedro Munhoz at UFC 276 in what will be the toughest fight of his career to date.