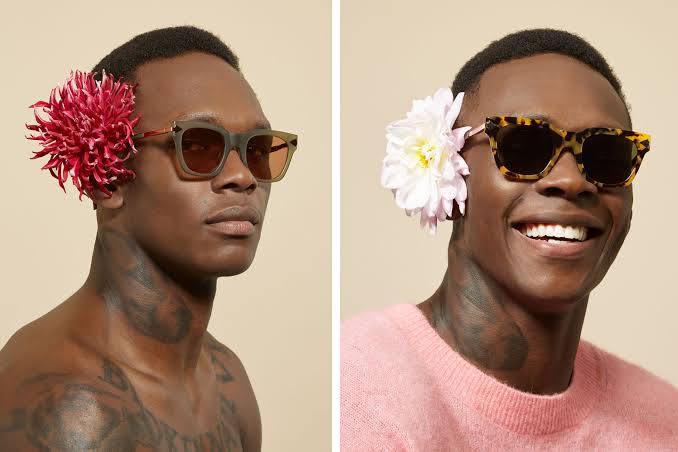 Israel “The Eraser” Adesanya is now donning a head full of pink hair, ahead of the heated match between him and Paolo Costa. The two have been embroiled in heated exchanges prior to their clash for the middleweight title on UFC 253. 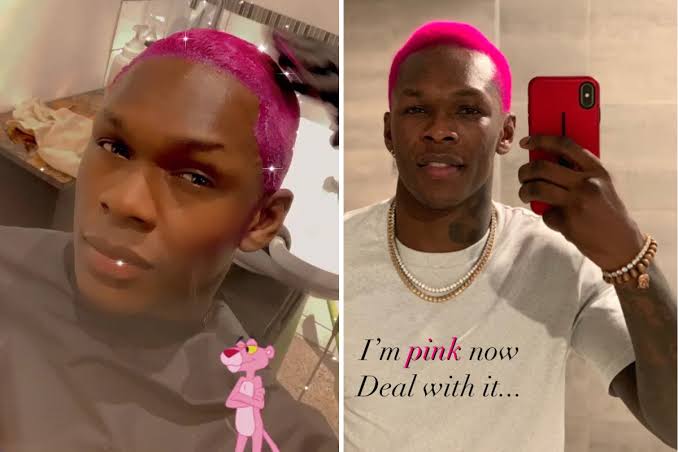 Paolo Costa posted something rather unnatural on Twitter as his promo, before he meets ‘The Last Stylebender’ inside the Octagon. His opponent, Adesanya always a fan of flashy looks, dyed his head to get pink hair.

Izzy has previously gone bleached blonde but his newest gimmick was a head turner. He quoted speaking about Costa, “Imagine if I had pink hair and whooped this motherf*cker’s ass”.

His tweets regarding his hair made all the noise on Twitter.

*CLICK BAIT*
When you say “worldwide”, but some people can’t fathom that NZ is not “worldwide”. I even said “not definitely in NZ” ?
AwwwGaaammmon ? pic.twitter.com/b22ckvDIek 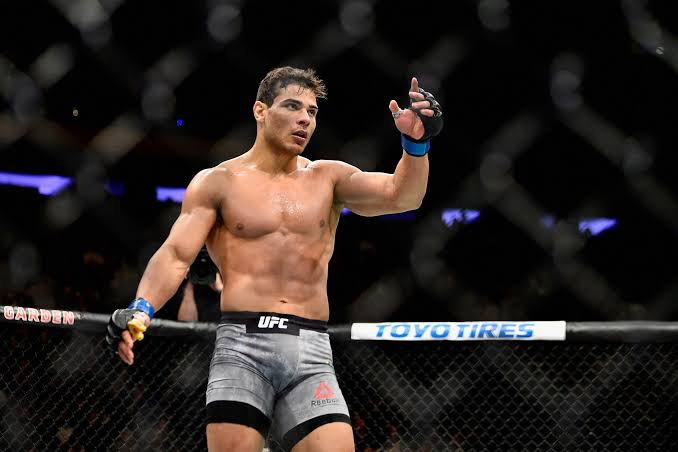 Their intentions are to hurt their opponent, as can be gathered from Adesanya’s quote: “Even after I knock him out, I will not shake his hand,”.

He continued, “It will be wild. It will be savage. I believe in the second round (I will knock him out) because he will run a lot in the first round. I will not be staying and waiting for him,”. 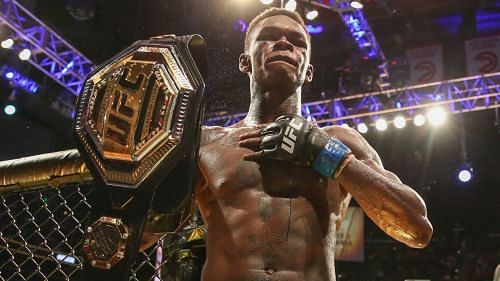 Adesanya shall not be walking the path of non-violence when they face off finally, as is clear from the man with pink hair. The Eraser has been attacking Costa verbally for a year now, and their dispute has boiled into a gruesome hateful grudge match.

Back in the bout against Robert Whitaker, Izzy attacked Costa verbally, when he called the latter as Ricky Martin, also insulting the man himself, who was present among the spectators.

Paolo Costa went shirtless before his match against Adesanya

The fight between Israel Adesanya and Paolo Costa for the middleweight title is no longer a professional bout. It has sparked off to be a full-fledged grudge match with both the fighters aiming to seriously injure their opponent.

They have attacked each other based on their physical features as well as size, despite both having different physical build.

Israel Adesanya, who just went pink hair, stated his game plan prior to his match, saying, “He is dumb, and he walks before he throws shots, that’s what makes it for me exciting, that’s what I am looking forward to.”

The Last Stylebender made it clear stating, “I am looking forward to big, inflated, ignoramus, running on me, trying to throw shots, as I keep moving and sticking him,”.

Adesanya might have continued his barrage of attack before Paolo Costa pulled the stunt of going shirtless while live. His opponent had a good laugh at that whole thing, and finally presented his loathing reaction to the stunt.

Israel suggested that his opponent gets a shirt on, since they are live on the international channel of ESPN. He then added, “Pull your s*** away this is ESPN,” at his shirtless opponent.

Conor McGregor biography: The man with a hothead and a killer left hook
Frankie Edgar picks up split decision victory over Pedro Munhoz, proves his worth in bantamweight division