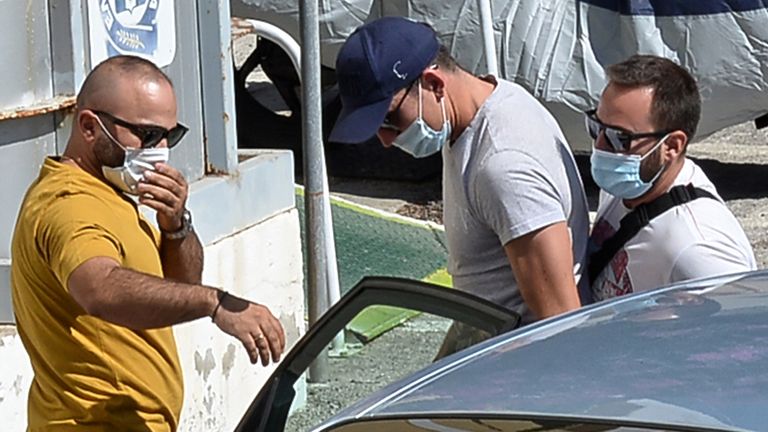 Manchester United defender Harry Maguire has been released from custody after pleading not guilty to charges levelled against him.

He had spent two night in police custody following his arrest on Thursday on the Greek island of Mykonos for an alleged brawl in a bar.

The England international was spotted leaving the courtroom with a face mask but avoided answering questions from reporters, with his lawyer replying: “Right now, yes” when a Sky reporter asked him if Maguire was a free man. He, however, responded with “no comment” when asked if his client was free to return to England.

A statement by the Police on Friday read: “Patrolling officers in the area of Mykonos intervened and normalized a dispute between citizens.

“However, three foreigners involved in the incident turned against them, insulting and hitting a police officer with fists.

“The three foreigners were taken to the Mykonos Police Station, whereupon their arrival, they stoutly resisted, pushing and beating three police officers.

“One of the detainees then tried to offer money so that the trial against them would not be completed. The arrested (men) were taken to the Syros Prosecutor’s Office.”

It is unclear if the final accusation was levelled against Maguire but Manchester United released a statement of their own account that “Maguire is fully cooperating with the authorities.” 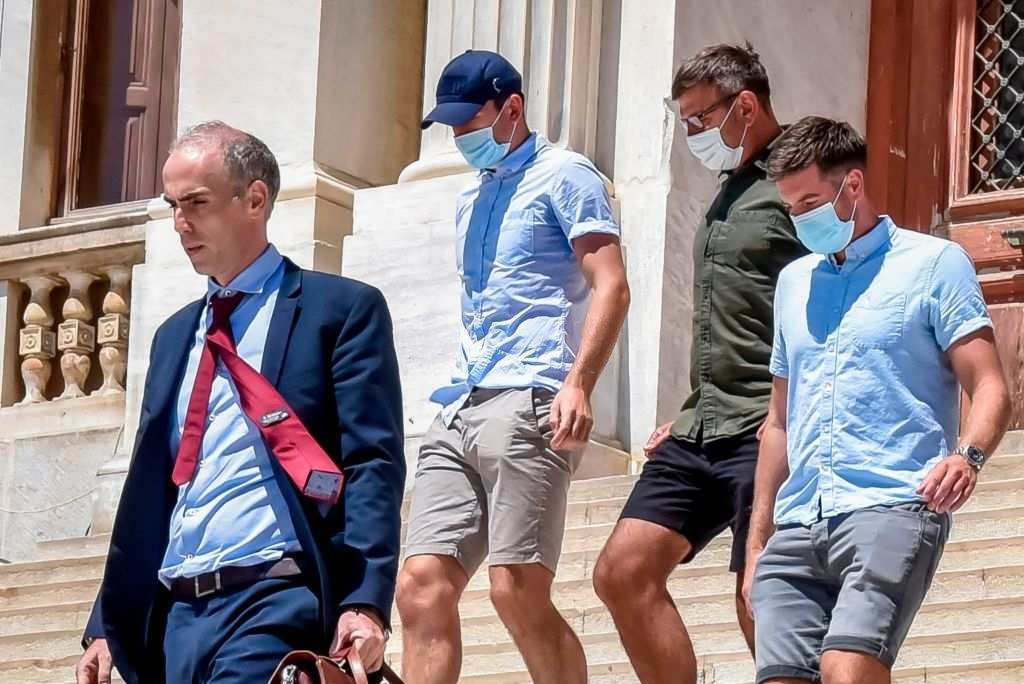 Although details surrounding why Maguire was arrested remain sketchy, it is highly believed that the altercation started when rival fans shouted: “F*** United” in the direction of the England international and the ensuing chaos, his sister got stabbed with a sharp object that prompted him entering the fray to defend her.

Reports suggest that the former Leicester man got ‘verbally abusive to an officer and then hit him’ while attempting to explain the situation when policemen arrived.

Harry Maguire a few hours before getting arrested. Can already see few idiots chanting and him trying to stay out the way of it all. pic.twitter.com/fArAFKfRg5

A source told The Sun: “There was a group of guys who had been chanting at Harry on Wednesday night, but it was a bit of banter.

“On Thursday, they were more aggressive, saying F*** United. They were trying to wind him up. They were also trying to mess around with a group of girls there.

“Harry got upset. They told Harry F*** United again and a brawl started with Harry’s mates.

“Two or three more police officers came but Harry was so strong and upset that they couldn’t pin him down.

“He was screaming at them; they had a tough time – at least one police officer was hurt. It took more than five officers to get him down.”

Maguire spent about an hour in court but said nothing as he departed the court premises flanked by several people including his lawyer.

The exact details surrounding the case and charges were unclear, as the legal system in Mykonos is rather vague and journalists were not allowed to cover proceedings.

However, new reports have emanated that Harry Maguire pleaded not guilty to the charges levelled against him and has been released to return home – after apologizing for his actions in Mykonos – on Thursday.

A court date has been set for Tuesday but Maguire is not required to be physically present and can be represented by his lawyers.

Manchester United have consequently released a statement to this effect saying: “Following the appearance in court today, we note the adjournment of the case to allow the legal team to consider the case file.

“Harry has pleaded not guilty to the charges, and it would be inappropriate for the player or club to comment further while the legal process takes its course.”

The 27-year-old joined Manchester United last summer in a world-record fee for a defender and went on to make over 50 appearances in his debut season for the Red Devils. United are expected to kickstart their new season in a month’s time when they resume Premier League action against Crystal Palace.