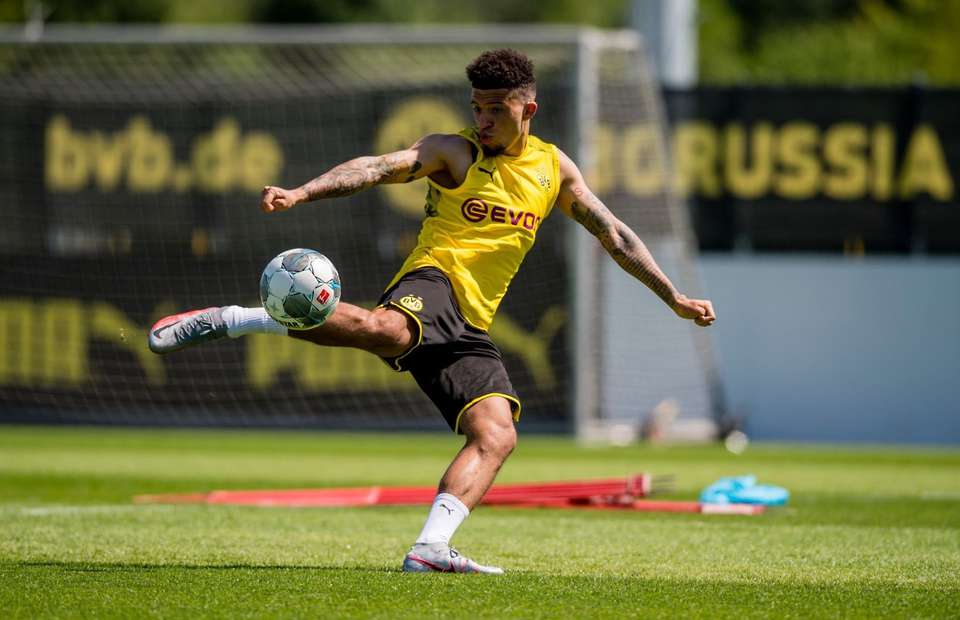 Jaden Sancho has finally talked about his possible transfer to Manchester United amidst all speculations. He still sees his transfer with a world-record fee but currently, he is ignoring all the media gossip hanging around him.

The English international claims he is aware of all the noise that relates to his pending transfer to the Old Trafford. The former Manchester City player arrived in Borussia Dortmund to take a new challenge in 2017.

Since then, the player experienced the revival of his career. In the recently ended season, he scored 20 goals and made 20 assists in all competitions.

But for the last few months, his team is having constant talks with Manchester United for his possible transfer to the Premier League side. Man Utd manager Solskjaer has been an admirer of the Englishman for a long time. Solskjaer wanted Man Utd board to finalize the deal a lot earlier but Man Utd director Ed Woodward asked for a much lesser fee than Sancho’s club wants for his transfer.

The player added that he is keeping concentration on his own game and also looking forward to the Ballon d’Or.

“I try not to look at the media because I think once you start looking at all that it would be easy to get carried away with it. It can affect players. Sancho said to Soccerbible.

“For me it’s about not looking at those things and just focusing on trying to do the best I can on the pitch. Especially in training.

“For me it’s about improving every single day. It’s important for me to keep a smile on my face and keep happy. I don’t really look at all the noise and all that stuff. I’d rather keep my head down, keep focus and improve every day.”

Manchester United tried their best to land the 20-year-old couple of times. However, they are still unable to match the asking price that his current club is demanding. Eventually, the player flew with his team to Bad Ragaz in Switzerland about two weeks ago for the pre-season training camp that shattered the dreams of Man Utd fans seeing him in the red jersey.

Yet, the summer transfer is still open and so the Red Devils have scope to bring in Jaden Sancho for a club-record transfer fee.

But none of the transfer sagas is bothering him right now. He is focusing on his goals and wants to improve every day.

He has shown immense promise and dedication to maintain his standard. And, it is inevitable he can turn into a worthy Ballon d’Or in the next few years for sure.

“Obviously every young kid growing up, that’s something they’re looking at,” Sancho told, when he shared about his desire to win the Ballon d’Or one day.

“For me though, if I win a couple [of Ballons d’Or], then I’ll feel like I’ve achieved what I wanted to do in this life. Obviously there’s other great goals I want to accomplish like winning the World Cup, the Champions League and all these other great things but yeah, Ballon d’Or is just like… there’s so many players in the world and to win that you would have been selected to be the best of the best.

“That feeling… Obviously I haven’t been in that situation so I don’t know what it’s like but looking at other people’s reactions when they’ve won it – it’s an emotional moment. I just have to keep on working on myself to get there.”

Borrusia set August 10 as the deadline to sign Jaden Sancho. But within that time, Man Utd failed to finalize the deal with the German club. Dortmund director Sebastian Kehl already told the player would continue at Signal Iduna Park for at least one more year.

I see him on the pitch and he is very happy. Everyone is very happy to have him. He is going to be here for at least one more season.

“This team is the best we had. We have a mixture of very good, young, and mature players.

Kehl also added, “We tried to develop the team in the last few years. Hopefully, we can win titles in the next season because titles are what matter the most in the end.”