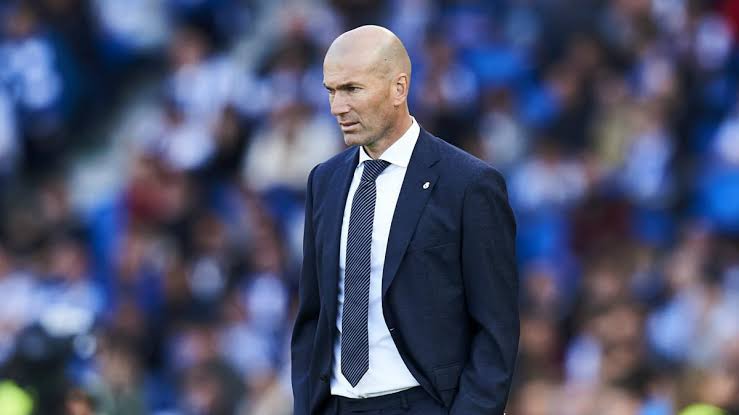 Juventus are in the process of finding a replacement for Maurizio Sarri and have reportedly set their sights on landing Zinedine Zidane.

The Bianconerri parted ways with Sarri after just one season in charge and despite winning the Serie A, the Turin giants flattered to deceive and were largely below par compared to previous triumphs.

They faced accusations of being laboured in possession and lacking creativity and had to rely upon the genius of Cristiano Ronaldo to bail them out on numerous occasions, while their usually rock-solid defence was susceptible and Juventus ended the season with the highest goals conceded for an Italian champion in over 50 years.

A poor end to the campaign saw the Old Lady lose the Coppa Italia final and picked up just two wins from their final eight league matches and they also fluffed their lines in the Champions League.

They came into the round-of-16 trailing Lyon on a one-goal deficit and despite Cristiano Ronaldo’s heroics, the Italian champions got eliminated on the away goals rule.

In the immediate aftermath of their ouster, the Juventus board had an emergency meeting and the only agenda was about the future of Sarri and after deliberations, the club announced that they had parted ways with the 61-year-old.

Sarri made a name for himself at Napoli, where he won praise for his attractive brand of football afffectionately termed ‘sarriball’, while he also pushed Juventus all the way in the title race.

A one-year spell in the Chelsea dugout saw him win a maiden managerial trophy in the Europa League and this prompted Juventus to sign him as Max Allegri’s replacement.

It was expected that he would be the man to bring aesthetic football to Turin, while also coaching the side to end their 23-year drought in the UEFA Champions League.

None of this, however, happened and the former Empoli man is currently without a job, while Juventus are in the market for a coach.

With no fewer than half a dozen top-level coaches unattached, they have no shortage of options.

However, new reports suggest that the club supremo Andrea Agnelli has set his sights on pricing Zinedine Zidane from Real Madrid, with the Frenchman the number one name on the shortlist ahead of Mauricio Pochetino.

The Los Blancos manager had represented Juventus with distinction for five years during his playing days and won a host of trophies with the club prior to his world-record transfer to Real Madrid in 2001.

He retains cordial relations with both the fans and management of the club to this day and still spends a lot of time in Turin for both business and recreational purposes.

The 48-year-old has since gone on to prove his mettle in the dugout as a manager and in just three years of management has won an astonishing 11 trophies.

He could, however, not mastermind a victory over Pep Guardiola, with the Manchester City manager dumping him out of the Champions League to inflict a first knockout elimination for the Madrid gaffer.

Speaking after Real Madrid’s ouster, Zidane said: ”We will see what happens next season. Now it’s time to rest, I’m here and I’m the Real Madrid manager until something happens.”

The fact that his side were, however, outplayed thoroughly over both legs could have him mulling over his next move and Juventus could take advantage of this situation.

Agnelli would reportedly soon engage his Real Madrid counterpart Florentino Perez in talks to secure the services of his manager and his job could be made easier by the love the former midfielder still has for Juventus.

He is said to hold a desire to coach the Bianconerri in the future and Agnelli has reportedly promised him the job sooner or later.

Zidane has professed his love for Juventus in the past and left the option of coaching them in the future open.

In 2016, while opening the Z5 recreation center, he said:

”Juve made me grow as a footballer and as a man. It’s always an emotion to come back here as I played five years in Turin.

”With Juventus there is something special: It was important for me. One day I could coach in Turin, you never know.”

The prospect of him coaching Cristiano Ronaldo is a tantalizing one for fans of Juventus, as in their time at the Bernabeu, the pair developed a fascinating relationship which culminated in record-breaking feats on the continent.