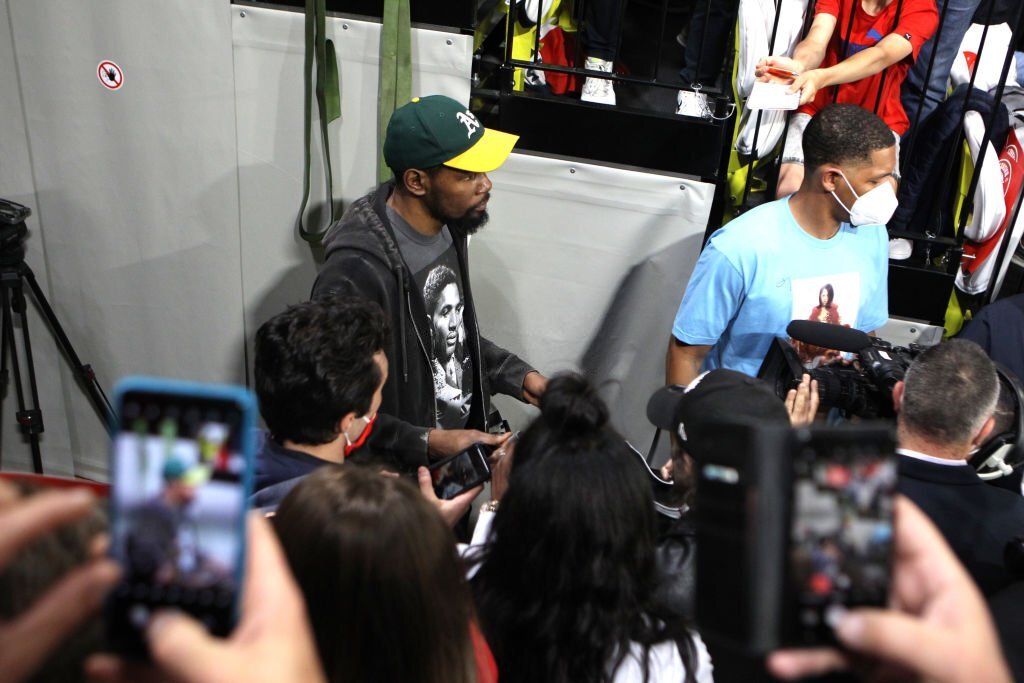 Kevin Durant, the NBA all-star, is undoubtedly the purest scorer in history, and the devastation he can inflict on defenses on or off the ball will follow him wherever he goes. He’s a phenomenal athlete with limitless potential.

You cannot identify a team where his play would conflict with another player’s or where his contributions would be redundant. The man raises everyone and fits in everywhere. What matters most is whether the acquiring franchise, which is often a rival trying to gain an advantage, has what it takes to make an amusing offer.

After failing to win the NBA title, we know the Celtics will be eager to give their best next season. If so, trade for Durant may significantly increase their offensive strength, but they would have to give up a lot of fantastic young assets in the process.

The Boston Celtics, led by Jayson Tatum, came up short in the 2022 NBA Championship game against the Golden State Warriors. This cast is already flawless as they are young, talented, skilled, and hungry to achieve in the coming years.

Even though the 33-year-old hadn’t listed the Miami Heat as one of his top picks, they would have been towards the top of a Durant landing-spot list given their unmatched talent acquisition initiatives. With Durant in the equation, Miami’s need for an enhanced half-court offense would vanish.

To create a legitimate championship challenger in South Beach, pair KD with Jimmy Butler and Bam Adebayo and voila! the next big thing in the NBA is born.

It’s not quite a neck-to-neck comparison, but this team has a pretty strong track record of dealing with dissatisfied superstars, including a championship with Kawhi Leonard in 2018-19. It should be emphasized that Toronto has no plans to bring in current NBA Rookie of the Year Scottie Barnes and trade for Durant. If that is the case, Siakam will have to relocate to Brooklyn. He’d be a fantastic addition to the Nets and may serve as a legit contender in the future.

The Raptors’ roster is organized in such a way that they can part ways with the talent required to acquire Durant while still fielding a championship-caliber squad. Any deal to acquire Durant would be incredibly deliberate and well-thought-out, and definitely wouldn’t involve Rookie of the Year Scottie Barnes. Masai Ujiri is one of the top executives in professional sports for a reason.

It just doesn’t make sense for the reigning champions to try everything in their power to convince Durant to return to the Bay. However, our insider reports suggest that the Warriors’ superstars are eagerly looking forward to a reunion with KD.

The Warriors are already the supreme champions of the NBA. Their squad is already filled with superstars like Draymond, Poole, and the Splash brothers, so the big question is, do they really need another legendary athlete like Kevin?

On the other hand, a new Warriors team led by Durant would be the dream team for many sports enthusiasts and would be overwhelming for the fans. Perhaps, behind the scenes, the back-end authorities of the franchise might have the same feeling as well.

If it comes down to that, then Golden State retains Jordan Poole while providing additional draft capital to make the deal attractive for the Nets. Moody and Kuminga shined in limited playing time for the Warriors as rookies. Wiseman was selected second overall in the 2014 draft. The franchise can offer Moody, Kuminga, and Wiseman for three or four additional future first-round picks to increase the value of the trade.

LeBron James will be turning 38 this season, but he’s still undoubtedly the greatest player in the NBA at this time. He is already proving to his naysayers that age is just a number and that he is still a force to be reckoned with. Despite occasional injury-related absences, Durant and James have both been role models for longevity since they are still dominant in their 30s.

For at least the next two seasons, the pair may serve as the focal point of a title contender. Add in Irving, who James won a title with back in 2016, and you’ve got a fresh new trio roaring to pierce through any strong defenses.