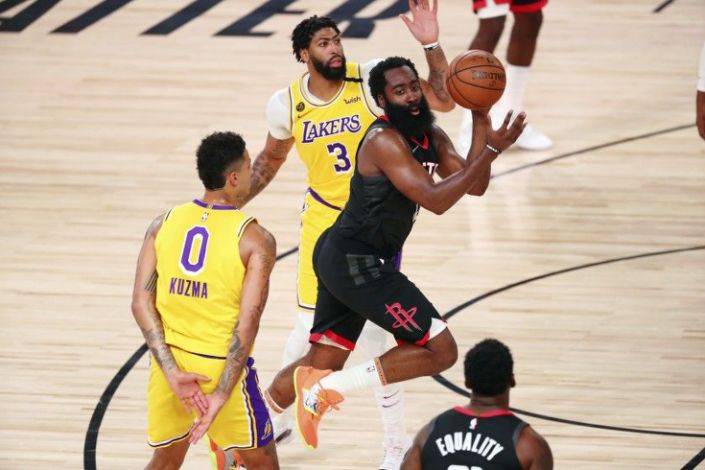 As LeBron James sits out due to a sore groin, Houston Rockets handed a sizable defeat to the Los Angeles Lakers. The final score of the night was 113-97 in Rockets’ favor. This is the 17th loss for the Lakers this season.

Despite this loss, Lakers sits comfortably at the top of Western Conference table. They are still five wins ahead of second-placed Clippers.

The Rockets took the full advantage of James’ absence as they dominated the whole game, winning all the four quarters in the process. Apart from the fourth quarter which ended at 19-18 for Rockets, the LA side could not match Rockets’ scoring throughout the game. James Harden was the hero of the game with 39 points and 12 assists.

Lakers’ 3-point shooting trend was also largely missing from the game. There was a 13-minute stretch where no 3-pointers were attempted by the Lakers. On the other hand, the Houston side hooped the ball 21 times in 57 attempts from a distance.

The game took it’s most competitive turn when Lakers tried to bounce back to the game scoring ten consecutive points without conceding any. The scoreboard at that moment showed 94-87 in Rockets’ favor.

However, the other James, James Harden, had a different plan. He took Rockets out of the trouble with back-to-back three 3-pointers. Lakers had no answer to Harden’s shooting ability.

Lakers also missed the service of Alex Caruso due to neck injury. JaVale McGee was also axed from the squad after the Michigan native performed poorly against the Jazz.

With this win, Rockets moved to the 4th spot overtaking Jazz. Both the teams posted similar match results of 43 wins and 25 losses. Both Rockets and Jazz are comfortably positioned for the playoff contention.

Lakers fans are now waiting for their king to make a dazzling return against Pacers on Sunday. They would surely be hoping to see their team in the winning mood soon again.