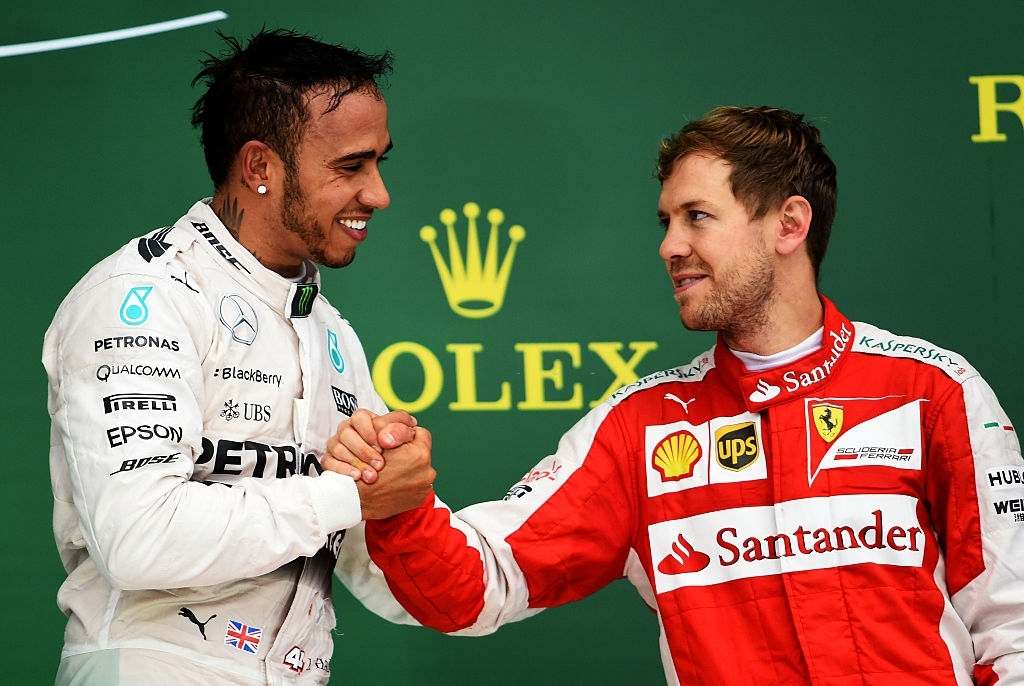 The “Billion Dollar Man” aka Lewis Hamilton exclaimed condescendingly that his staunch competitor Sebastian Vettel should have a brighter year ahead in 2021, after the dreadful phase, he is going through in his final year with Scuderia Ferrari, this year.

With continuous backlogs and defeat this year, Hamilton believes “something really positive” should happen with Vettel in the following year, also praising him for being so strong to face the phase in this tough term.

The German racer who with his stellar performance had achieved the world championship for four consecutive years will leave the historically renowned team, Scuderia Ferrari, after the contract exhausts itself by the end of this year. There has been no inking of a new agreement with the team. Hence it can be considered to be his final year in here with a devastating effect that will scar him for a time, long enough for him to forget. There have been controversies earlier as well about Ferraris return to witness the chequered flag; not before 2022.

Lewis Hamilton and Sebastian Vettel have always been a fierce competitor on the tracks, battling one another to take the crown. But it has dawned on him that the situation Vettel is going from is grave and the way he still managed himself to grapple with the present cockpit he is driving- Ferrari SF1000, it is mention-worthy.

The six-time world champion Lewis Hamilton affirmed that he has witnessed the challenges Vettel has been facing continuously with the car and has also seen the difficulties he has been encountering since the past some time, there is nothing more as a racer from another team he can do but feel empathy for him.

Expressing, “I saw the difficult race he had previously and all I can try to do is empathize with the position he is in and try to be understanding, because it can never be a great feeling to have been told that you are not wanted, to continue within the team and, especially when you join a team and you get into a team, you give your all, you give your heart.” Hamilton further continued, “But I think the way he is pushing and the way he is continuing to try help the team, I think it just shows the great character he has and commitment to racing. I hope that something really positive comes up for him moving forwards.”

As much as it is amusing, it is also surprising how at the time of need Lewis Hamilton is speaking for Vettel and even standing for him. The earlier fights, the rivalry between the two and the neck-to-neck competition they had for the fifth world championship ‘The Fight for Five’ has not been affecting now when the situation is so shattered.

After the news of Sebastian Vettel’s parting from the team was announced, there haven’t been many seats left in the team, much of which has been booked prior.

It is known that Sebastian Vettel might join as a racer for Aston Martin in the next year, 2021 where Checo might pave his way. There has been no confirmation yet if Vettel would join the Aston Martin or not, leaving the fans in a state of unrest and confusion. He has shown no interest in joining any other motorsports except the Formula One by far confessing he hasn’t “really checked any anything, outside Formula One, or sofa or kitchen table or couch.”

Bidding farewell to such an excellent racer is not what anyone wants now. Hamilton has shown his concerns and empathy for Vettel continuously since the past some time.