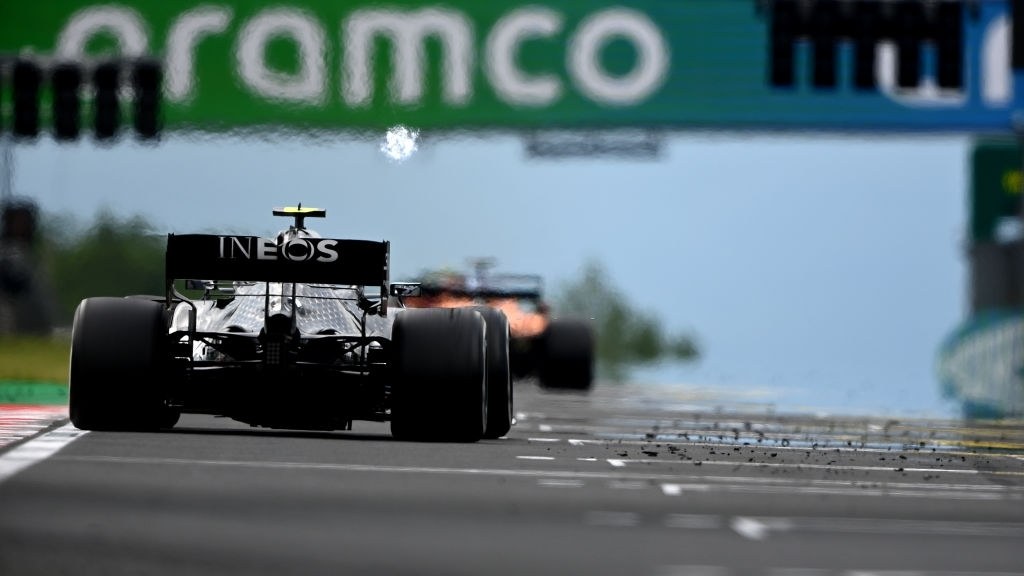 2021 ban won’t stop Mercedes from evolving in its arena of the advancement of dual-axis steering (DAS) system, stating it is “not a closed book”.

Mercedes with its new futuristic inventions had thrilled everyone in its debut pre-season test in the month of February. Features allowing Lewis Hamilton and Valtteri Bottas to revamp the toe angling by to and fro movement of the steering wheel from inside the cockpit. The Red Bull polled its doubts at the opening race held in Austria questioning over its legal terms to which the FIA replied that it was within the rules and regulations of the association.

James Allison, the technical director of Mercedes elaborated and elucidated saying that the system was still very new to them.

Though DAS has been crapped off for 2021 Mercedes planned on performing in-depth research into the functioning of DAS. Allison also added that the degree of success and development to the cars from the DAS system is still uncertain and only time will tell how beneficial is it going to be for the Mercedes F1 franchise.

Allison further clarified, “The manner in which we develop it is still open for us as the season goes on. So it’s not a closed book, and we hope to get more from it if we learn quickly in the coming races.”

DAS has already been a regular accomplice at the 2020 season warm-ups, qualifying laps, and restart. Looking forward to recreating its ground shattering streak back in 2014, Mercedes has been leading from the top for the first three rounds of the championship.

Following Hamilton’s victory in Hungary on Sunday, team principal Toto Wolff said, “It’s a multitude of points that come together; it’s the investment in the right resource. It’s the amount of innovation that we’re able to extract from our research and development.”

Wolff praised the efficiency and dedication that has been bestowed by every department starting from the engineering, marketing, sponsorship, social media, and communications and believes that this same integrity is the element that binds a team to be successful. However, in his modesty, he explained, “ Nevertheless, we mustn’t be carried away with thinking that we are the greatest because then you start quickly losing.”

The Chequered Flag will not be witnessed by Ferrari before 2022
Monza Grand Prix to take place behind closed doors, no fans allowed