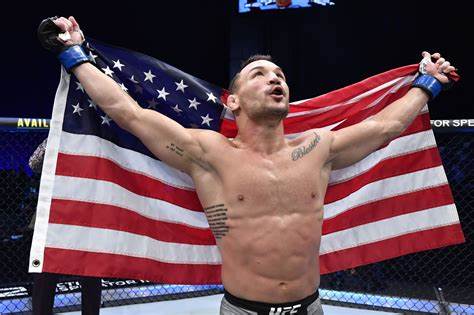 UFC Lightweight contender Michael Chandler has revealed that he dislocated his finger minutes before his fight against Tony Ferguson at UFC 274.

UFC 274 might have finished, but people are still talking about it. One of the main talking points of the event was  Chandler’s viscous knockout of Tony Ferguson with a head kick. While the knockout earned Chandler “Performance of the Night” bonus, things might have played out differently.

On an episode of The Pat McAfee show, Michael Chandler has revealed that he had dislocated his finger minutes before getting into the ring.

“I dislocated my [ring] finger about 20-30 minutes before the fight, blocking a kick,” Chandler said. “My buddy Marquez, great training partner of mine, he was throwing kicks. I had this great idea. Warmup was already done, I’m going out in about 10-20 minutes, and I go, ‘Hey, throw some high kicks at me and I’ll block them and go body shot.’ And he threw a normal kick like he’s done 1,000 times at me and I ended up going fingernail all the way back, bent it all the way back.”

When asked if the incident raised any questions of pulling out of the fight, Chandler responded dismissively, “At this point, we keep the adrenaline going, I said ‘this ain’t a hand, it’s a hammer. We gotta go.’”

And that seemed to be the right decision. Chandler provided the viewers with arguably the greatest knockout in UFC history. The knockout even gathered more fandom as it was the first time someone had knocked out Tony Ferguson.

Chandler has been very entertaining in all of his four UFC fights. Even though he holds a record of 2-2, he called out UFC poster boy Connor McGregor after the fight. McGregor, too, responded to the call out immediately on Twitter.

“The Belt Is My Treasure” Jan Blachowicz Reveals He Is Like Gollum of Lord of the Rings
UFC Vegas 54: Jan Blachowicz vs Aleksandar Rakic Fight Night Purse, Payout, Salaries