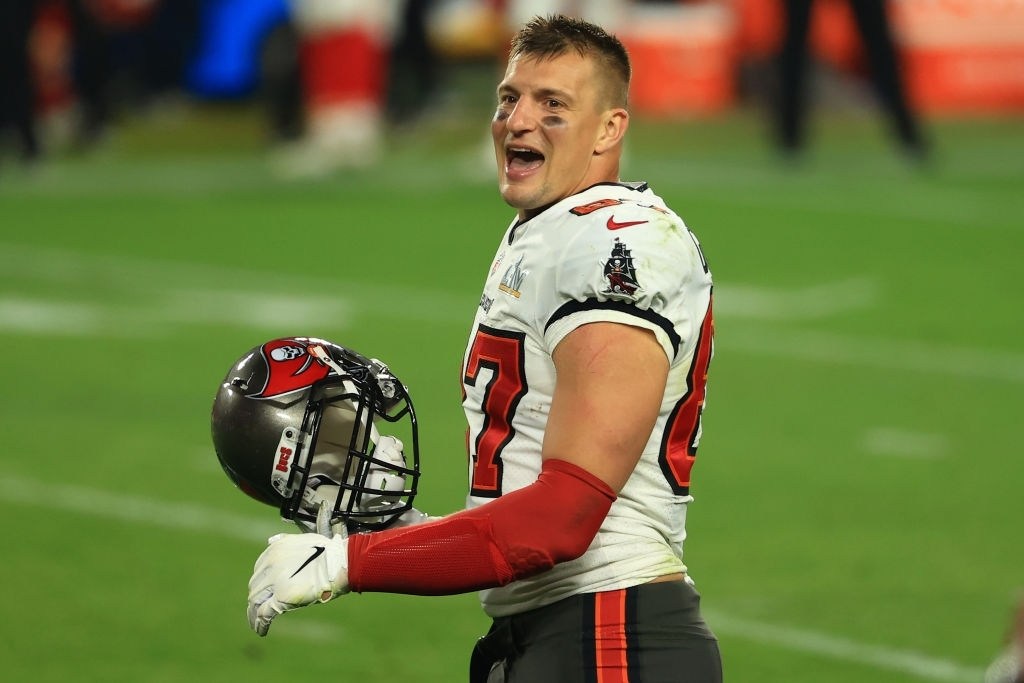 Rob Gronkowski is a retired professional footballer of the National Football League (NFL). He plays at as a tight end position holder for the New England Patriots. In his tenure of nine years Rob has bagged three Super Bowl victories. 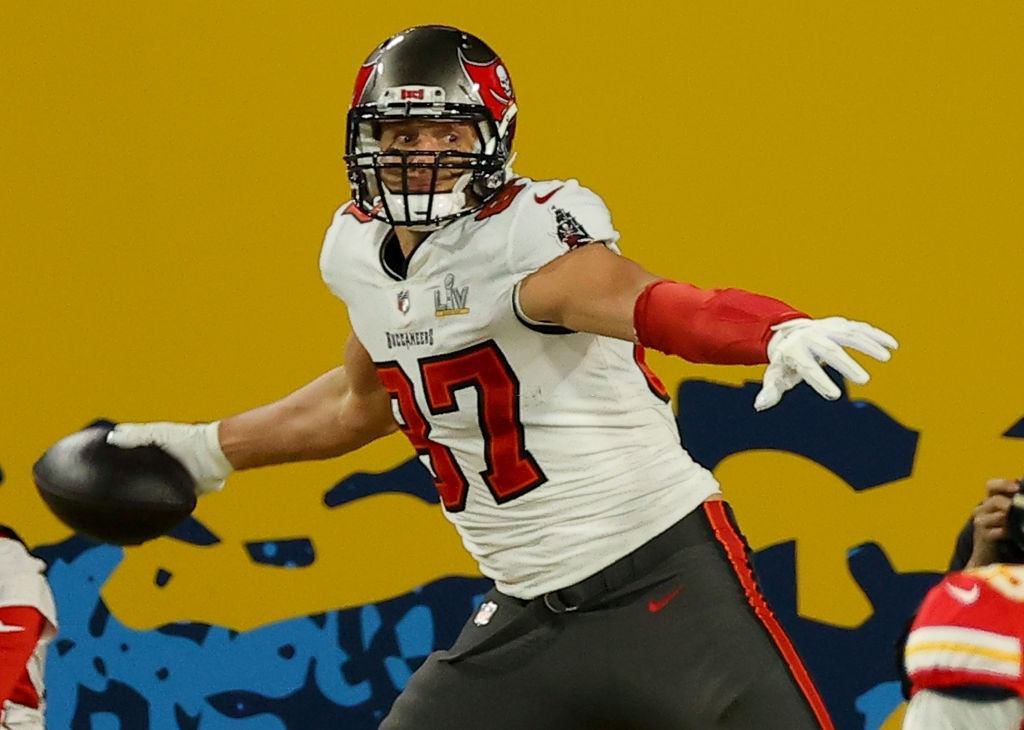 Rob has maintained his place amongst the top 100 NFL footballers since 2013 and many consider him to be the best tight end the game has ever witnessed.

Rob Gronkowski is estimated by sportskeeda to have a net worth of around $45 million as of the current year, 2021. As per ESPN, one of the 100 most famous athletes, Rob is also known for his variance of endorsements and investments. He is also said to possess quite a charming personality.

Rob reportedly draws $9 million as base salary. Sources suggest that the six year contract with the New England Patriots on 2012, fetched him a massive earning of $54 million annually. This deal is considered to be the most expensive one in the league.

As it is mentioned that Rob has a charming personality, it has helped him over his career to be the perfect face for commercial advertisements and endorsements. Rob has reportedly earned somewhere over $8 million through his endorsements with big brands.

One of the most lucrative endorsements of Rob is his multi-year contract with Monster Energy Drink. He signed this deal in the year 2015.

Gronkowski is also reportedly the face of the company ‘Gronk Flakes’. It is a breakfast cereal which has been named after Rob. The same company also launched another product named ‘Gronk’s hot sauce’.

Apparently, Rob alongside David Ortiz was also featured in a music video by the company Dunkin’ Donuts. The duo was witnessed to be belting out  a rap in the same featurette.

Apart from his noteworthy endorsements, Rob is officially associated with other brands like Lyft, Cheerios, Tide, Visa and T-Mobile.

After his retirement, the life of Rob did not make a halt. Rather, the in-flow of cash has not stopped for him ever. He invested in different companies. One of them being his own training product brand, ‘Gronk Fitness Products’.

In March 2021, Rob announced his launch of personal NFT collection. The initials, NFT means non fungible token. It is an exclusively unique digital file that can be exchanged for crypto currency. The file exists on a blockchain.

🚨Special Announcement🚨 I am proud to be launching my very own NFT Collection. Checkout @GronkNFT and https://t.co/YbQdX5DHbO for more info! pic.twitter.com/xCFbhlFoSu

Rob fetched himself a name in the history of United States athletes to be the first amongst them to sell and commission his own set of NFT trading cards.

This current investment has lately proven to put around $1.2 million extra into Rob’s account.

How Rob Gronkowski Spends His Millions?

It is reported that Rob has not touched a single amount out of his career earnings. He lives off the earnings he fetches out of his endorsements. He claims that he has kept himself away from blowing out his hard earned money on unnecessarily expensive purchases.

Let us look at how the retired NFL tight end, spends his money.

One of the Foxborough homes is a five bedroom 4486 square feet custom built mansion. The other house measures around a 4466 square feet.

Gronkowski is known to boast a number of luxury and high-end vehicles.

Love riding in my baby @MercedesBenz S63 (S87). Self driving is insane 🔥🔥 & It’s like the only car I can actually fit in lol @MBofBurlington pic.twitter.com/depjOdxB8X

A few of his notable cars are the Mercedez-Benz S63, Audi R8 and Audi Q7. Other than these cars, Rob owns another boss of a luxury car which is a Bentley Continental GT.

A very tactful decision maker about finances, Rob as per reports have not been witnessed to be a spendthrift. But, as he confesses, one thing that caught his fancy at a time was a chain or necklace worn by one of his friends. He really wanted to feed that little desire of his.

So on 2017, he bought a diamond chain for himself of the brand Hummer. The chai’s diamond studding is noteworthy and it is priced around an estimated $22,000.

A dedicated charity worker by heart, Rob is the co founder of Gronk Nation Youth Foundation. This foundation provides education and encourages extracurricular activities for children.

He is also referred to have been associated with the Patriots foundation and Make-A-Wish Foundation. Rob received the Ron Burton Community Service award in 2016, the Wish Hero Award in 2019 and the Merit Award for the United Service Organization. His awards presentation took place due to his kind services throughout the years.

Recently during the covid-19 pandemic, Rob was reported to have donated around twenty-thousand PPE kits to frontline healthcare workers. 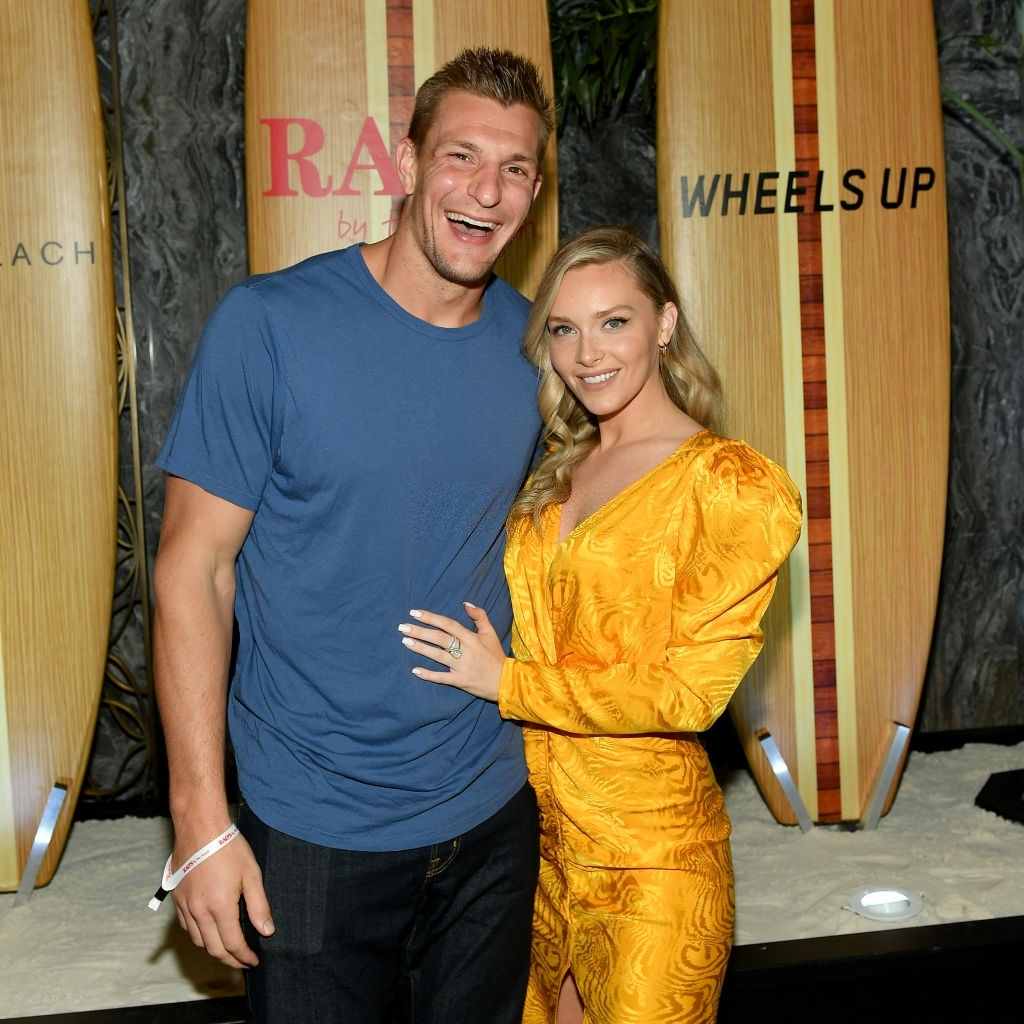 Rob’s spouse Camille Kostek is a successful model and an endorsee of some of the biggest fashion brands. Her current net worth is around $3.4 million by estimation of sportskeeda.