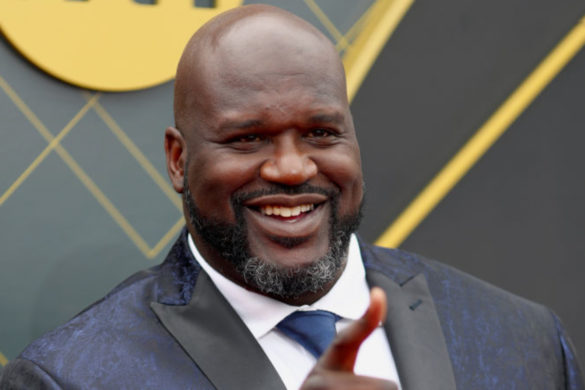 Shaquille O’Neal AKA Shaq is not only an NBA legend but also a professional heart winner as well. Besides, Shaq is really into music and considers himself a music freak. Apart from his cherished NBA career he also had a hip-hop career that featured a platinum album!

Big names like Notorious B.I.G., Jay-Z, Phife Dawg, Method Man, Redman, and Warren G were among those who either produced or appeared on O’Neal tracks. Moreover, He even has his own YouTube channel called “ShaqVEVO“.

A video was shared on Twitter, viewers can see how Shaq made a little boy’s day by promising him to buy a guitar. The little kid was overjoyed hearing that a duet will earn him a guitar from Diesel. Without wasting a second the kid jumped into the action and started a duet with O’Neal. The two of them had their moment of joy and the 50-year-old legend finally bought him a guitar.

Shaq said he’d buy him the guitar if did a duet with him ❤️ @SHAQ pic.twitter.com/oquwF2EFiI

Apparently, this isn’t the first incident where Diesel gifted something to younglings. He might have been a big NBA player but his heart is even bigger. O’Neal is one of the most generous athletes in sports history. He once spoke about how he gave a waiter $4000 in tip just because he asked for it.

There’s no doubt that Shaq is exceptionally generous and kind to others, and we hope that he continues to do so in the future.