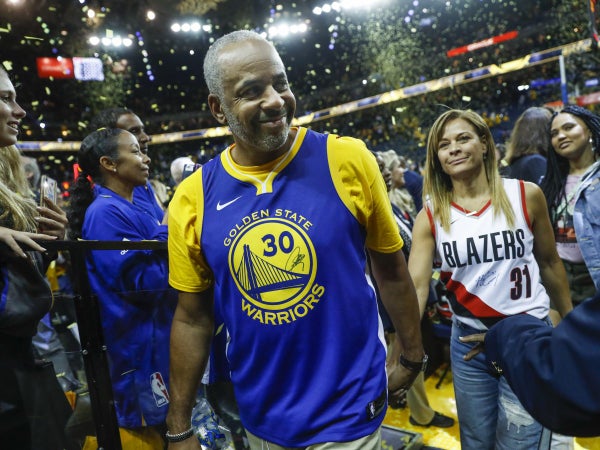 Stephen Curry and Seth Curry’s parents are going to end their 33 years of marriage life as their Mom Sonya Files For Divorce in North Carolina in June. A spokesperson from the Court, told to TMZ Sports divorce is still ongoing. The reason for the separation is yet to be confirmed.

NBA star Steph Curry’s father Dell was also a Basketball player from 1986 to 2002, and retired as the Charlotte Hornets’ all-time leader in points and three-point field goals made.

On the other hand, the mother of basketball duo brother, Sonya was a star volleyball player in high school and college in Virginia where they met for the first time.

After a decade of dating, the couple officially got married in 1988 and welcomed their first child Stephen in that year. After a couple of years of Stephen Curry’s birth, Sonya gave birth to another two childs Seth and daughter Sydel in 1990 and 1994 respectively.

The two used to cheer their sons’ games from the NBA stands for years, in particular when Seth and Curry faced off against each other in the 2019 NBA playoffs. They were spotted wearing gear, featuring both the Warriors and Trail Blazers logos. Their mother said at that time, “Any time we can get together it’s great. Especially with all the grand babies. We’re pretty united. We don’t really let any of that come in between family.”

Hopefully, despite the separation, Dell and Sonya will keep up unity and set an example to their family.