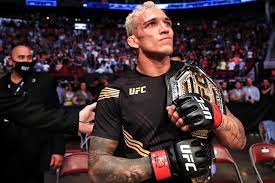 Charles Oliveira was having a fantastic run in the UFC until his bout at UFC280 versus Islam Makhachev, which the latter won decisively. Oliveira’s winning streak of 11 fights came to an end but now he expects a rematch with the Russian.

Before facing Islam to defend his title, Do Bronx won fights against Justin Gaethje and Dustin Poirier within the span of five months. Makhachev, the Brazilian’s most recent UFC opponent, was also in great form as since 2016, he’s gone undefeated in the ring. At the time of their encounter, they had each won 11 consecutive games.

Oliveira stated after the bout that Islam was simply a stronger fighter than he was, but he insisted that it wasn’t a horrible night overall; rather, it was only 15 minutes of poor performance that handed the advantage to Islam. The 33-year-old boxer is demanding a rematch with Islam at this point.

“We have to aim high. Maybe fight in the United States in May and then come back to fighting in Brazil by the end of the year — if it’s in Sao Paulo, even better — and who knows, maybe fight for the belt again. That would be great.”Oliveira further added.

Although Islam Makhachev has not yet reacted to Oliveira’s proposition, he is really excited to fight Alexander Volkanovski at UFC 284, which will take place on February 11. It has not been decided when Charles Oliveira will return to the octagon, however.